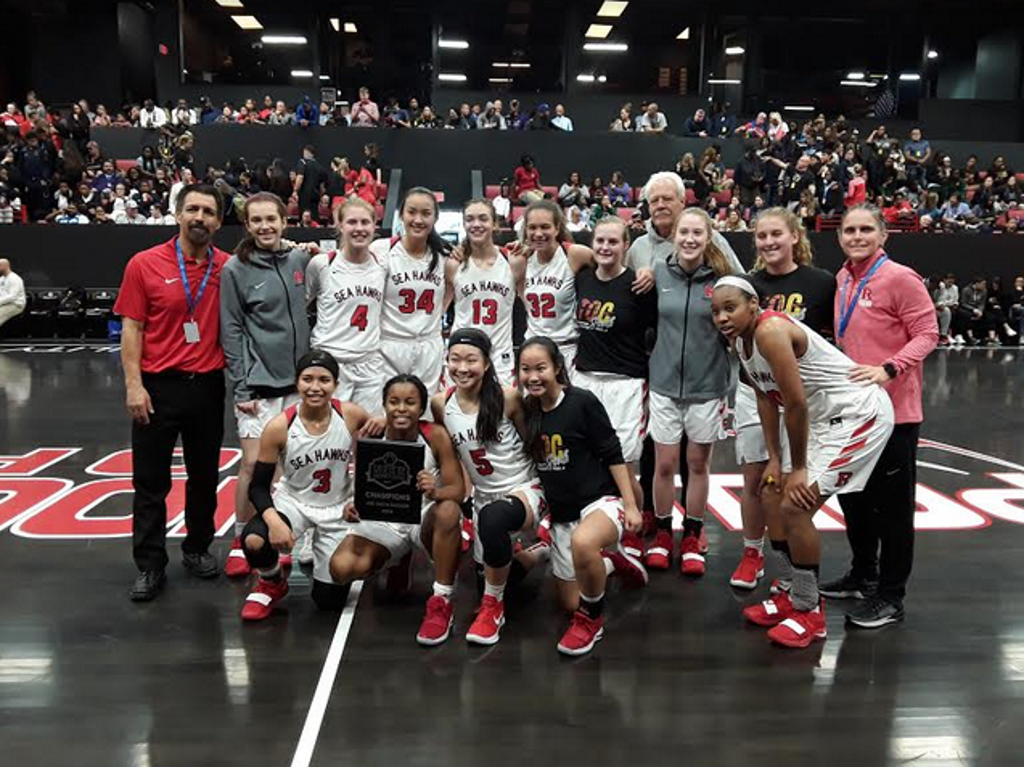 In part 1, the Droesch Division of this year’s NIKE Tournament of Champions was covered. In part 2, the Smith (second) Division will be discussed. While not as rich in Power 5 talent as this year’s Droesch, the Smith had plenty of division 1 talent to showcase.

Who are the top two divisions named for?

Before getting into the basketball, a few words about Clare Droesch and Joe Smith. Both were from the greater New York area. Joe Smith was one of the pioneer journalists covering women’s basketball. Prior to myself, Joe was in charge of all-tournament selections at the NIKE TOC until his passing about a decade ago.

Looking at the Smith Division final…

Points came at a premium for much of this game. On balance, it appeared the team that defended (slightly) better won the title. Interestingly, both teams posted 57 points in semifinal wins (Redondo Union 57-49 Highlands Ranch (Colorado) and Mater Dei 57-31 Cherry Creek (Greenwood Village, Colorado)).

The first quarter saw Redondo Union lock down the Mater Dei offense finishing up 14-7. The second quarter had the Mater Dei bench take over the game going to the break up 24-22, executing better than its starters had. The third quarter saw Mater Dei’s star Brooke Demetre (see below) take control of the game with her general activity (passing, rebounding and scoring two baskets) with Mater Dei up 32-28 after three periods. With 3:12 left on the clock, Mater Dei was up 40-36 but failed to score the rest of the way. Redondo Union executed better in these closing minutes with MVP Alyssa Munn (see below) hitting the game winner (her only basket, a three) with seven seconds left. Mater Dei failed to answer. Calli Stokes (see below) led Redondo with 12 points while Brooke Demetre led Mater Dei with 11 points.

Below in alphabetical order (with listed height, graduation year and school) is the All-Tournament Team of the Joe Smith Division.

Bamberger, a Washington signee, was a constant presence for Carondelet in the lower paint. She posts up with physicality using her strong build. She helped her team go 3-1 winning the consolation bracket.

Blair ran the show for Bradley Central which finished fifth (3-1). She led her team in scoring (perimeter shots and some drives) in a couple of games.

Blount, a UNLV signee, was the constant presence for an injured and young St. Mary’s. She used the drive and mid-range shot to help her team go 2-2 and finish seventh at the event.

Crocker, a CAL signee, was her team’s primary ball handler. Her scoring came more from attacking the basket.

Davis is a quality athlete (with Power 5 upside) who looks to attack the rim from the perimeter. Still needing to improve her outside shot, she helped her team to a 2-2 record at the event.

Demetre is regarded as one of the top wing prospects in the 2021 class. Light on her feet, she moves well without the ball scoring from the perimeter and getting to the rim. She led her team in scoring in several games.

Munn was first and foremost her team’s field general. While she had only the winning basket in the final, she posted 22 points in the semifinal victory primarily shooting from the perimeter. Being her team’s “constant,” she earned the MVP for the winners. 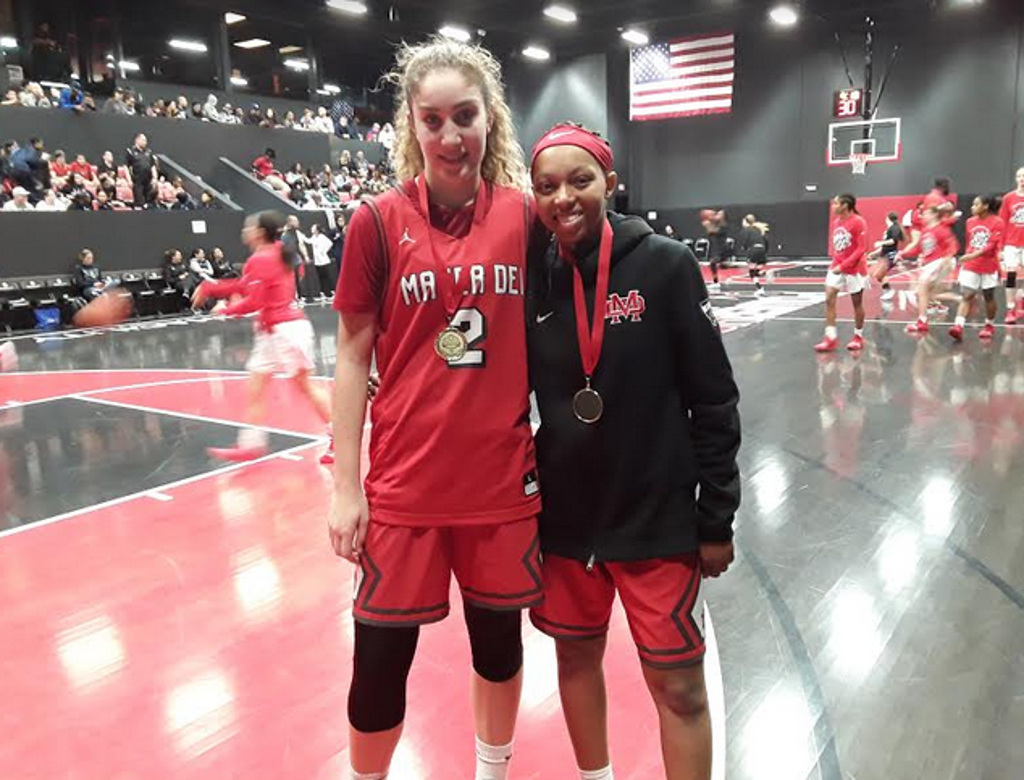 A lefty committed to Hawaii, Neubert was active in the paint scoring near the rim, leading her team in scoring in several games in Phoenix. Her efforts helped her team to third at the event.

Light on her feet, Stokes will attack the basket but also spots up for threes. She had multiple double digit scoring games for the division champs.

Orally committed to Stanford, Van Gytenbeek is considered one of the top point guards in the 2020 class. First and foremost, she sets up her teammates with simple and sometimes special passes. She can also take over games scoring via the drive or perimeter shot. She was one of the top players in the Smith Division helping her team to a fourth place (2-2) finish in Phoenix.

Signed with Southern, White did her scoring primarily in the lower paint. As Dillard’s major presence in the paint, she helped her team to a 2-2 record and a sixth place finish. 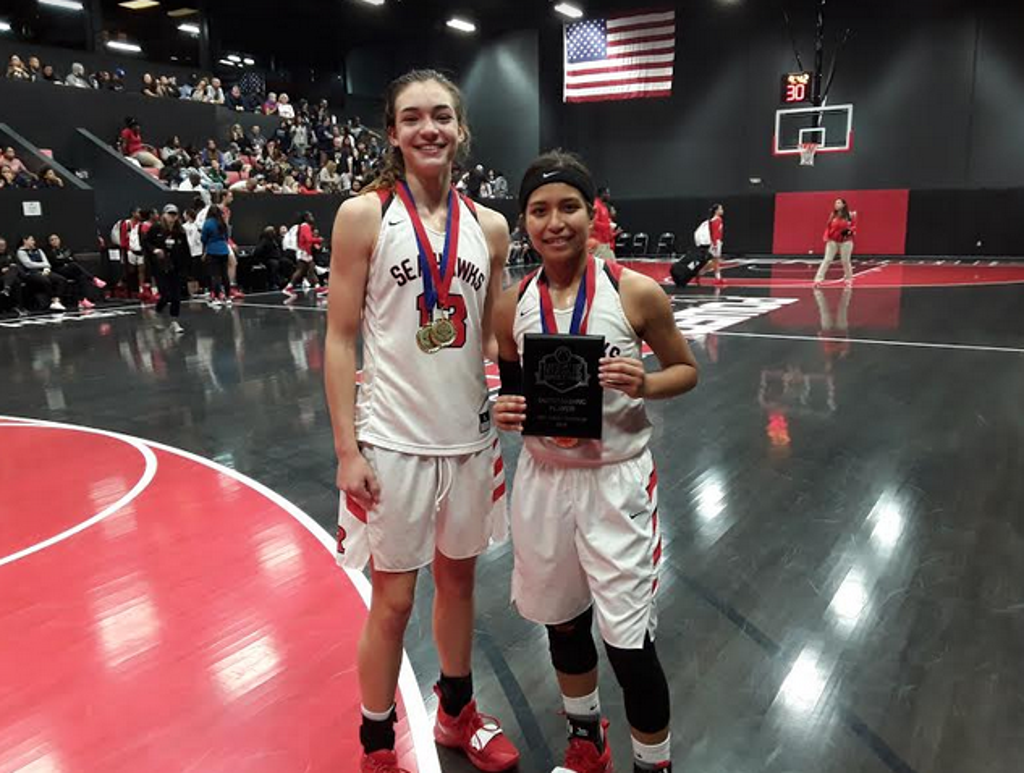