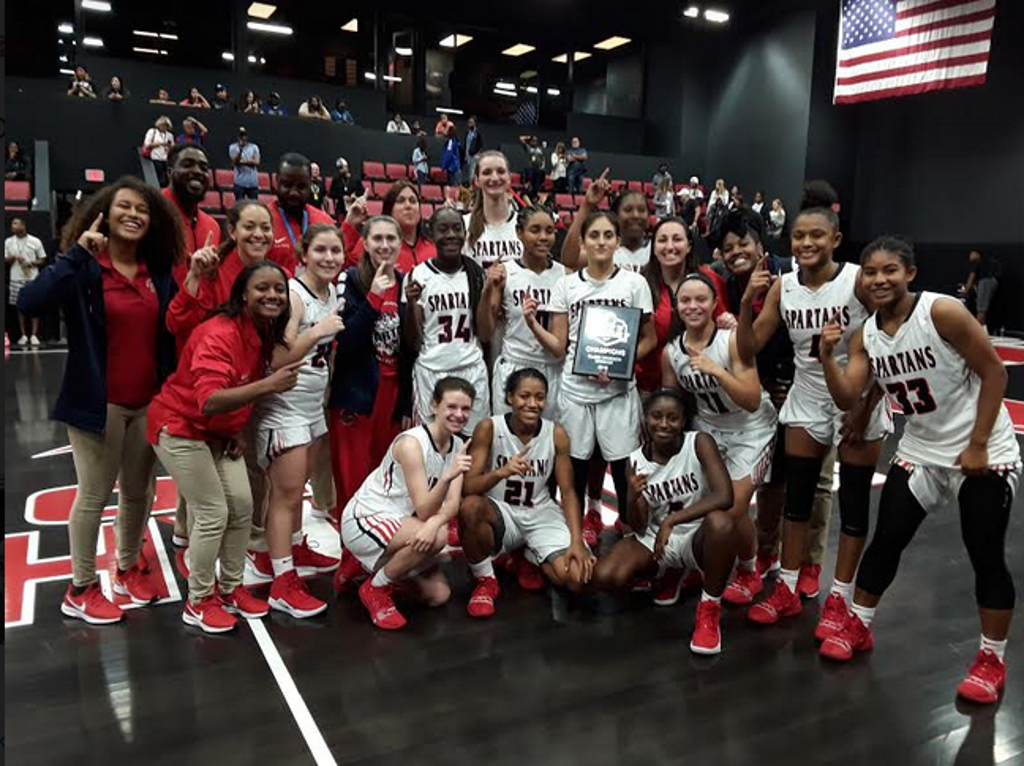 Each division was comprised of 16 teams playing four games.  Power House Hoops (brand new facility) in Phoenix, Arizona, was the primary site for these two divisions. Five lower divisions were played at other sites in the Greater Phoenix area, all between December 19-22, 2018. In its twenty-second annual addition, Nike’s TOC showcases top flight high school basketball action. Approximately 125 colleges (mostly NCAA Division 1) from all over the country attended one or more days of the event.

With many high school events becoming bigger, the use of recreation complexes is becoming more common. Power House Hoops is a brand, new three-court facility in Phoenix, Arizona. The pluses were having three games taking place within a few seconds walk from each other. Seating was tight but enough to accommodate the relatively small numbers of parents and fans that normally follow out-of-town teams. The players themselves appear not to mind non-high school venues as that is more and more the norm of club ball that they have grown up with. Of course the college evaluators love it as they can see more prospects in less time with time not lost going between venues that can be 20 minutes drive from each other.

The downside comes from veteran high school coaches who yearn for the single high school gym facility that they are used to. Another tangible negative is the lack of a sufficient number of locker rooms to accommodate six teams rather than two. One coach complained about noise in rec complexes but if a high school gym is crowded, the coaches in that game may find it hard to communicate with players on the court. The argument continues!

MCDS won its quarterfinal 44-41 upsetting then MaxPreps #1 St. John’s College High School (Chevy Chase, DC). The key to victory was defense holding Azzi Fudd (see below) to just 12 points. In the semifinal, Country Day won an overtime thriller (tight all the way) 61-60 over New Hope Academy (Landover Hills, Maryland). The game appeared over near the end of overtime as New Hope had the ball with under 10 seconds left. Up three points but under duress, a New Hope player threw the ball toward the back court. Country Day’s Maria Alvarez (see below) deflected the ball toward her basket and scored a tying off-balance three-point shot getting fouled. She converted the four-point play to secure a one-point win. In leading all scorers, Alvarez tallied 22 points including six threes.

Windward had a much easier time in its semi beating a short-handed Christ the King 57-37, putting four players into double figures with the game never in doubt in the second half.

Except for the last two plus minutes of the game, Windward appeared stronger in its execution leading 30-24 at half and 45-35 after three quarters. With about 2:30 left on the clock, Windward was up eight (50-42) and the only question appeared to be which Windward player would get the MVP award. A few Windward turnovers later combined with two big threes by Alvarez, the score was tied with just under one minute left. A failed steal by Country Day and one foul shot converted by Charisma Osborne (see below) gave Windward its last lead (51-50) with 27 seconds left. After two failed attempts by teammates, MCDS’s Koi Love (see below) made a put back to give her team its only lead of the game (Windward started game 9-0.) with five seconds left. At the buzzer, Osborne’s off-balance three-ball missed and Miami Country Day completed the improbable by winning its last three games by five points total. MCDS was led in scoring by freshman guard Sydney Shaw with 16 points (14 in first half). Windward was led by McKayla Williams (see below) with 23 points. This marked Miami Country Day’s first top division NIKE TOC title having reached the final in 2016.

Below in alphabetical order (with listed height, graduation year and school) is the All-Tournament Team of the Clare Droesch Division.

Alvarez, a South Florida signee, had a tournament of dreams hitting the winning shot in the semi’s and posting 15 points (4 three’s) in the final. For her efforts, she was awarded the MVP.

Southridge is young and hopefully with all starters due back, will return to Nike TOC to improve on its sixth place showing. Brink, orally committed to Stanford, is gradually coming closer to the player many tout as a top five prospect in the 2020 class. She still needs to fill out but has great agility for her height with good skills around the basket and facing up in the key.

The biggest question about Fudd is how she can get better (other than physical maturation) as she scores via drive (either hand), mid-range jumper and behind the arc. Other than the one game when Miami Country Day held her to 12, it was strictly 20+ for this national player-of-the-year candidate as her team went 3-1 (fifth place).

Jones (signed with Stanford) was ill early in the tournament but still posted a couple of big games in Phoenix where her team (defending champions of the top division) disappointed at 2-2, at least by Mitty standards. This national player-of-the-year candidate can literally play any position one to four.

Lattimore, a high major prospect, was super impressive with her finish around the basket. This quality athlete helped her team go 2-2 in Phoenix. 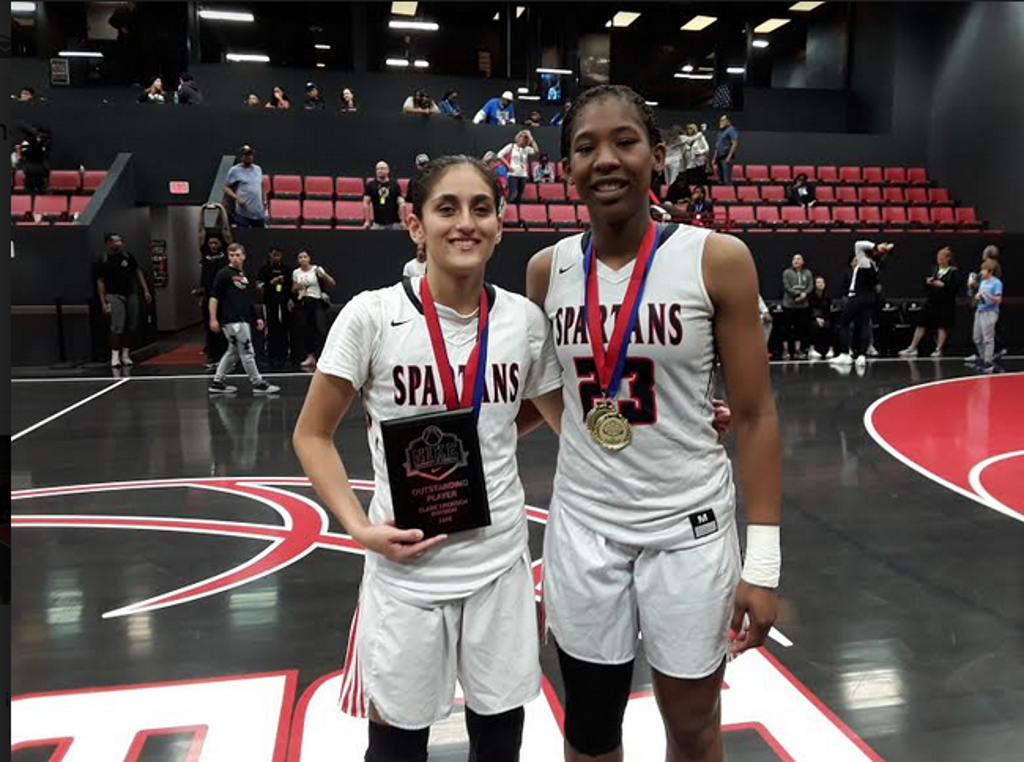 Love, a Vanderbilt signee, helped hold the middle together for her team as its primary interior presence. She scored mostly via drives and stick-backs but also some mid-range shooting.

Osborne, a UCLA signee, is a lead guard who can handle, defend and shoot the ball having a couple of big scoring games at the event. She was one of the top performers in the event.

Phillips plays hard. She scored via transition and in the key in the half court leading Centennial in scoring in a couple of games in Phoenix where Centennial won the consolation bracket going 3-1.

A Florida signee, Rickards has a smooth stroke on offense and can defend at the other end. Her consistency was a bright spot in a rough patch for her (understaffed due to injury) team, which went 2-2 finishing fourth at the TOC.

A Power 5 prospect, Walker is a young point guard surrounded by veterans and handles it (ball and team) well. A lefty, she finishes well right or left (naturally more dominant) helping her team to third place (3-1).

Williams is active offensively on or off the ball. She is major threat in the key but can also hit from the perimeter. Power 5 programs should be monitoring her progress. 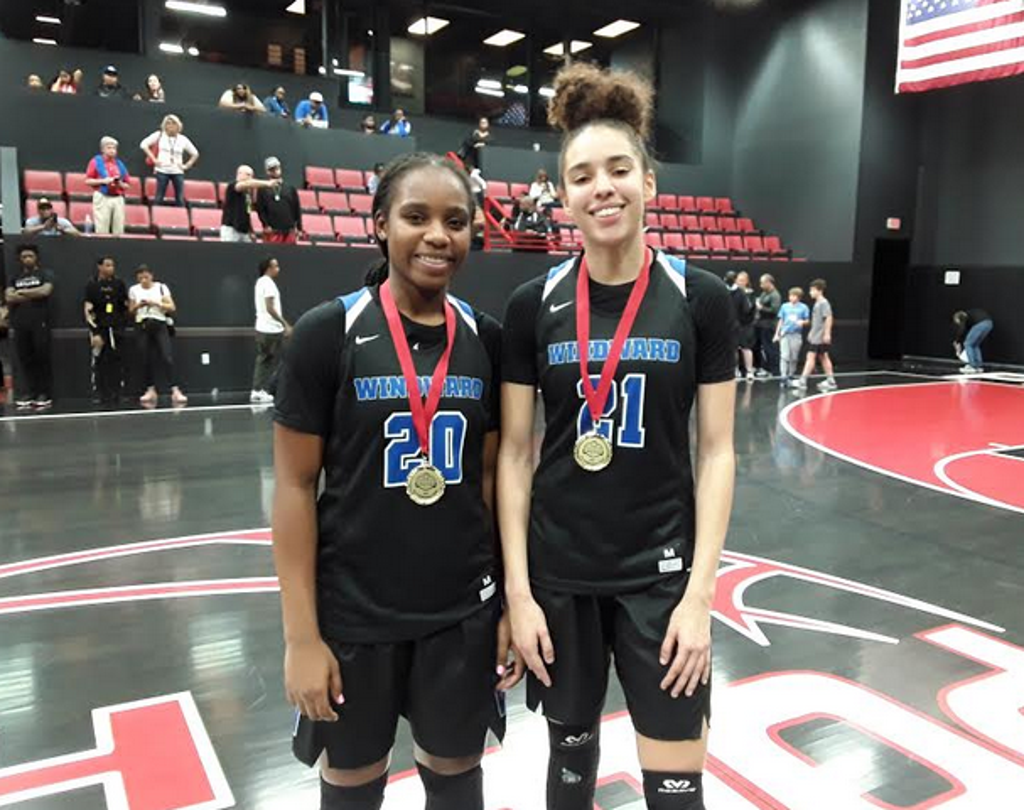