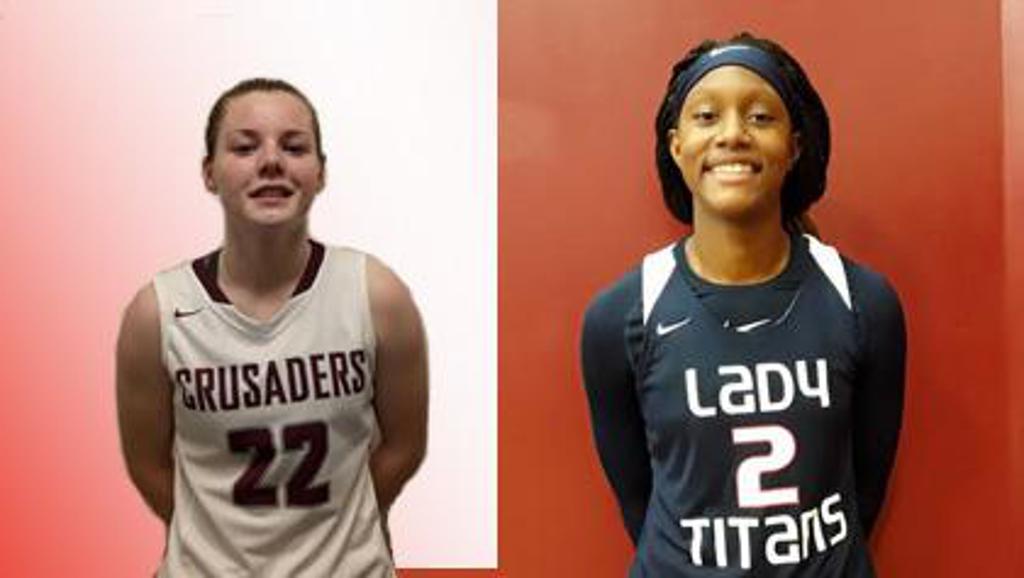 Parkview and Tampa Showcases November 2018: Worth the visit

On November 19 and 20, our early season basketball travels took the Pass Tha Ball spotlight to the Parkview Tip-Off Classic 2018 at Parkview High School in Lilburn, Georgia , and then to the Brooks DeBartolo Girls Basketball Thanksgiving Shootout at Brooks DeBartolo Collegiate High School in Tampa, Florida. Both events were presented by the host schools. The Parkview event has been held for many years while the Tampa event was new this year. Each ran multiple days with a pre-set format. Tampa had the unusual distinction that all four games played on Tuesday had final margins of  five points or less.

Collins Hill has multiple Power 5 senior signees plus addition Division 1 talent. In a battle of two of the traditional Georgia 7A elite, the Eagles bested Norcross High School 72-64 in a double-overtime thriller that could have gone either way.

Tampa Bay Tech is very young with a line-up of possible future Division 1 players including a few of the Power 5 variety. Being so young (starting two freshmen and no seniors), the Lady Titans will likely make a lot of unforced errors. Hopefully will grow into one of the best teams in Florida by season’s end. By next season, with continued maturation, they could be ready to become a factor nationally. For this to happen, the players will need to buy into their assigned roles, playing together rather than just seeking individual glory at the expense of team success and be patient with each other. The Lady Titans beat Seffner Christian 54-53 in a game that they should have won more easily but made mental and physical errors down the stretch and barely held on to win.

Looking at some of the individual talent on day viewed in alphabetical order with height, position and school within graduation year. Players of schools not seen are not discussed below. Location of school is in parenthesis. Players seen at Parkview are denoted with a (*) preceding the name.

Barker is considered one of the top prospects in the 2022 class. In watching her, she plays more like an upperclassman than freshman. She is powerful in attacking the basket and glass, strong with the ball, passes well and has a nice foul shot. Already one of the best players in Florida, she posted 21 posts in the win over Seffner Christian.

Committed to Florida, Bartram had five threes in each of the two games (both close losses) at the event. Her release is quick and can hit from a foot behind the arc. Her presence stretched the floor.

Carter played hurt (ankle) at Parkview but battled through it. Coming off the bench, Carter posted 11 points but also helped out on the glass (powerful build) and bringing the ball up the court. She is getting Power 5 looks.

Cheesman is still flying below Power 5 radar but for how much longer? She can spin her way from the perimeter to the rim, is now hitting an occasional three and most importantly finishes in traffic in the lower key. She posted 30 points in her team’s win over Brooks DeBartolo.

Davis posted 20 points in her team’s loss to Tampa Plant. She scored via the three and driving.

Delancy was very active in the lower paint in scoring 20 points in her team’s 78-74 win over City of Life. She hit the glass well as might be expected.

Yes, Diamond’s (of WNBA) younger sister! Denim can score via the perimeter stroke or attacking the rim. She posted 29 points in her team’s 67-52 win over host Parkview.

Committed to Kansas, Franklin is having to play more point this season. The lefty seems to be adjusting to the role passing with some creativity to teammates. She made a beautiful spin drive in the closing seconds to score the last of her 13 points in a 55-53 win over Carrollwood Day.

Gary is light on her feet able to score via the drive but also hit a few threes in scoring 15 points in her team’s loss to Winter Haven.

Hurston was active moving off the ball and has strong “ups” in hitting the glass.

Kimbrough was active off the ball and played hard on D. She can drive but also hit the three. She posted 16 points in her team’s 73-44 win over Rockdale County

Committed to Georgia, Nicholson held the middle together (rebounding and shot blocking) for Collins Hill in the 2ot win over Norcross. She was strong in the lower paint but often wanted to shoot from the wing. While she hit some perimeter shots in posting 18 points, she might have been more productive working to score in the paint.

There is quick and there is “Florida quick.” In Tampa, Payton appeared very “Florida quick” causing numerous disruptions and multiple steals. In scoring 20 points in the loss to Lakewood, her half court offense was primarily attacking the basket.

Committed to UNC Greensboro, Releford looks to score. In her team’s win over Norcross, she posted 24 points taking perimeter shots (inside and behind the arc) and driving the key.

Committed to Clemson, Robinson had 24 points in her team’s win over Decatur. She scored mostly at the rim and via mid-range setters off the pass. She also blocked several shots and hit the glass at both ends.

Committed to Auburn, Robinson-Nwagwu has a simple strategy. Attack, attack, attack (going right)! Well-built, she comes at you in a straight line or via a spin move. She posted 21 points in the loss versus Collins Hill.

In posting 23 points, Strickland, unsigned, appeared to like to shoot the three but also will launch at mid-range. She also helped out at point at this event.