A Storm rising out west

Picked by most pre-season as a mid-pack team, the Seattle Storm is now in first place as the WNBA enters the last few weeks of the 2018 regular season. 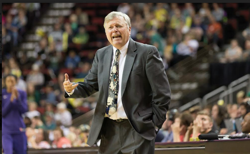 Recently, Storm Head Coach Dan Hughes (DH as quoted below), always very gracious, gave a few minutes of his time to answer questions about the Seattle Storm 2018 edition (his first year as its head coach) after the recent (July 22) game in Atlanta. More questions would have been asked but given the circumstances, our time was understandably limited.

PTB: What were your expectations for the Storm upon taking over as its coach for this season?

DH: We wanted a winning season. We had not had a winning season since 2011. We felt like we had a good team. For me, the reality was that we had to understand things winning teams do. That was the initial goal. Once we obtained that, then we kind of worked on the different steps that come after that.

PTB: Any one or two things that you can point in your first year of coaching in Seattle to that you changed that what caused this turnaround that you have done so well this year?

DH: I think we tried to maintain what I saw that was good. I tried to bring in a kind of a balance to our game. Defensively and rebounding-wise, we were able to bring that up and at the same time keep our offense at a position, maybe even grow it a little bit. The balance the two ends of the floor. Balance our ability to score with our ability to defend.

PTB: Could you talk about the performance for this season of a couple of your players?

DH: Right away we wanted somebody who would help our rebounding and help our defense and somebody who I thought offensively could fit into the style of play that we did. I think we hit home on all three with her. She has done a great job. She had been a good player. She is getting minutes with us. That has been a real key letting her grow from a standpoint of a player playing 25 to 30 minutes.

DH: It has been amazing, quite honestly. She has played a little less in minutes yet every meter you want to measure is up. Her versatility has grown in what she is doing. She makes tough plays. She makes timely plays. There are just a lot of things that you look at in her and you see the evolution in what would be year three. Definitely, definitely just getting better! 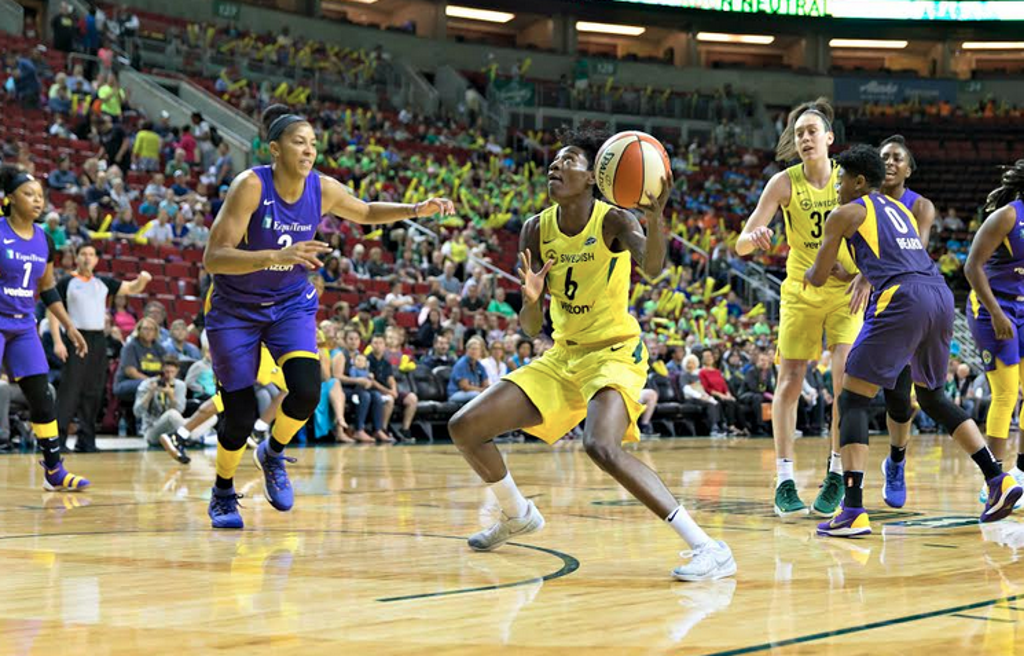 (Editor’s note: Before proceeding, to set the record straight, a post-interview check of her stats shows Breanna Stewart’s scoring is up and minutes down slightly as Coach Hughes points out. However, not every stat is up as he suggests.)

PTB: Jordin Canada (drafted by the Storm with the fifth pick this season)

DH: She is a player that I think has come in and given us the ability, especially in those minutes after our starters are out, to run the club and do a good job. She has had the ability to make timely plays and be very productive, great passer, a timely scorer. She is really learning the league. There has been a lot of ups and downs in that first year before she has had a lot of ups.

DH: That is a true statement. When you watch how hard she works in the off-season. You watch how much care she gives to taking care of her body. Her mind obviously is good. Now her body. She is doing everything she can to put herself in that situation. It does not surprise me in that I don’t think I have seen an athlete that pays more attention to detail in so far as putting herself in the right position physically to play.
PTB: Is there anything you would are looking for in improvement for as the season enters its final stretch?

DH: We are learning to play in big games. There is just a reality to it. Sometimes we have found success with them and sometimes we have had the ability to learn something from them. Those things will matter. Win or lose, playing in those games, gleaning what it means to be involved in those things. That is important for this team because it is not a team that has had a lot of those kind of games in their past. Sue has but the team as a whole together is learning to play in those games. We take, win or lose, and try to learn something from it.