In its fifth year, the Candice Dupree Invitational was, as customary, held at the University of Tampa (Florida) on May 12-13. Presented by the East Tampa Youth Basketball Association, 44 teams (all but one from Florida) were paired off in pre-set games. A total of eighteen NCAA D2, D3, NAIA and junior colleges attended one or both days of the event from which NCAA Division 1 schools are barred by the NCAA “dead period” rules. Also, five scouting services/media were present, probably made a bit happier in that the college coaches packet (very few rosters missing) was given to all free of charge!

I ran a scouting service out of central Florida from the mid 1980’s until just after the turn of the century. During much of that time period, I also managed a travel team. Now operating out of South Georgia and writing on the prep aspect of girls’ basketball for much of the nation, it is an enjoyable experience to go back to central Florida (Tampa is considered part of its western coast) and see some of those people still active in the game (of course along with many newer ones!).

Most of the club events I cover are run by Nike or Adidas clubs with national list talent present. The top teams here were mostly from smaller independent clubs with talent primarily of NCAA D2 level and below. It was encouraging to see more Division 1 level prospects from the “independents” at this well-run event than when I last attended a few years back. This was particularly true of the host club Tampa Thunder whose Team Dupree (named for WNBA player Candice Dupree who grew up in Tampa) went undefeated at the event.

Players below are listed alphabetically within graduation year with listed height, position, and club team. Home town is in parenthesis.

Like too few in the girls’ game, Duckett elevates on her mid-range jumper off the bounce able to create her own shot. Her three is shot off the catch. She runs and passes well. Duckett could be accused of settling for her jumper too much rather than going to the basket scoring or getting fouled (good foul shooter). She has offers from the Power 5 level and down.

From Romania, Dumitrescu attends IMG in Florida. Her scoring arsenal includes a nice variety of spin moves and as she can use it a “Euro-step” move (some say walk in USA). She also works the baseline well. Word in gym was that some Power 5 schools (certainly mid-majors) are considering her.

Gordon is a superior athlete with a mid-range stroke and strong move to basket. Increasing perimeter range might be one area that could stand improvement but word in gym was that a number of Power 5 schools have offered.

Hayes is another of those “catch and shoot the three” wings. At Tampa, she had a couple of strong games hitting multiple threes. She also got out on the fast break adding some points there. Schools looking for a zone buster should be monitoring her this summer. 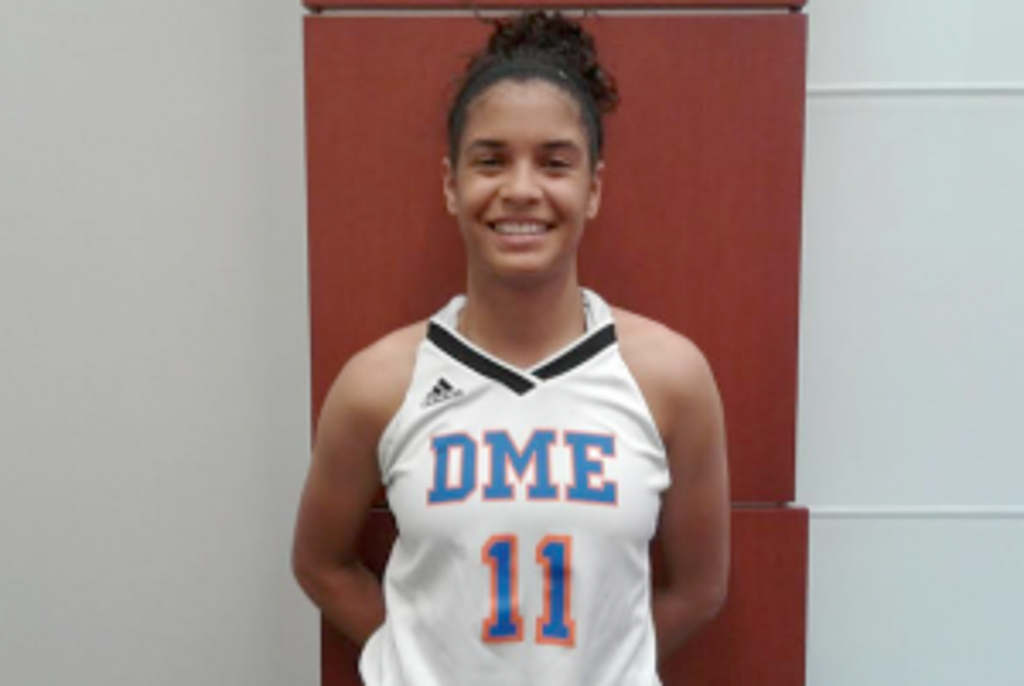 Committed to Saint Joseph’s University in Philadelphia, Henderson plays with a good motor showing above average athleticism. She looks to attack the basket as option one or take a mid- range shot as option two. For her size, she rebounds well.

Decently athletic, Nimmo is a combo guard looking first to attack but also able to shoot from the perimeter. The three-ball is not option one or two but can at times be hit. Her court vision and effort on defense are more than acceptable. Getting D1 offers, Power 5 programs should give her a look this summer.

Ramsey is a lead guard with a good IQ who communicates with her team on the court. She can hit the three if open. She is not afraid to take contact on the drive. Her biggest drawback is that she appears relatively thin in build and at times gets roughed up on the court if play gets physical. Her recruiting stock would be raised some by a stronger build. Mental strength is not an issue and D1 evaluators should give her a good look this summer as they may be missing out an overachiever.

Strongly built, Sharpe has a good work rate in the lower key. She is not afraid of contact and is a beaver on the boards. Adding some shooting range would raise her stock some with D1 evaluators.

Strong in build, White can hit the boards and score down low but also has some range further up the key toward the foul line. Maybe her production could be more consistent game to game (true of many) but D1 potential is certainly present.

Physically strong, Irizarry plays some in the paint attacking the basket and hitting the boards. At other times, she works the baseline looking to drive from there. Throw in a high motor and you have a player that D1 schools should be monitoring! 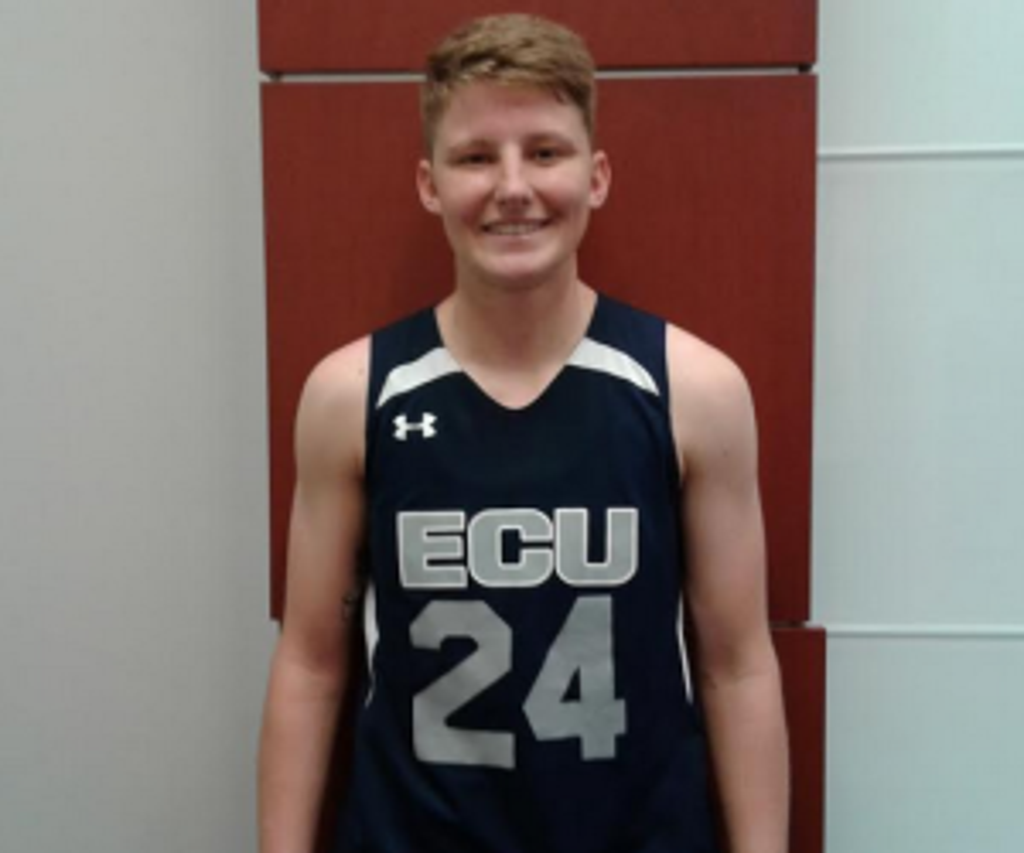 McGee is a high energy player working hard all over the key. A quality athlete she hits the boards. Offensively, she likes to attack from the high post or step out and shoot the three (which could still become more consistent). Power 5 programs are lining up.

Wright has a lot to offer. She can shoot the three, drive it some and is a good passer. Wright has good speed and quick hands on defense. She still needs to figure out what is the best option in any particular situation for herself and team. Regardless, Power 5 offers are on her table. 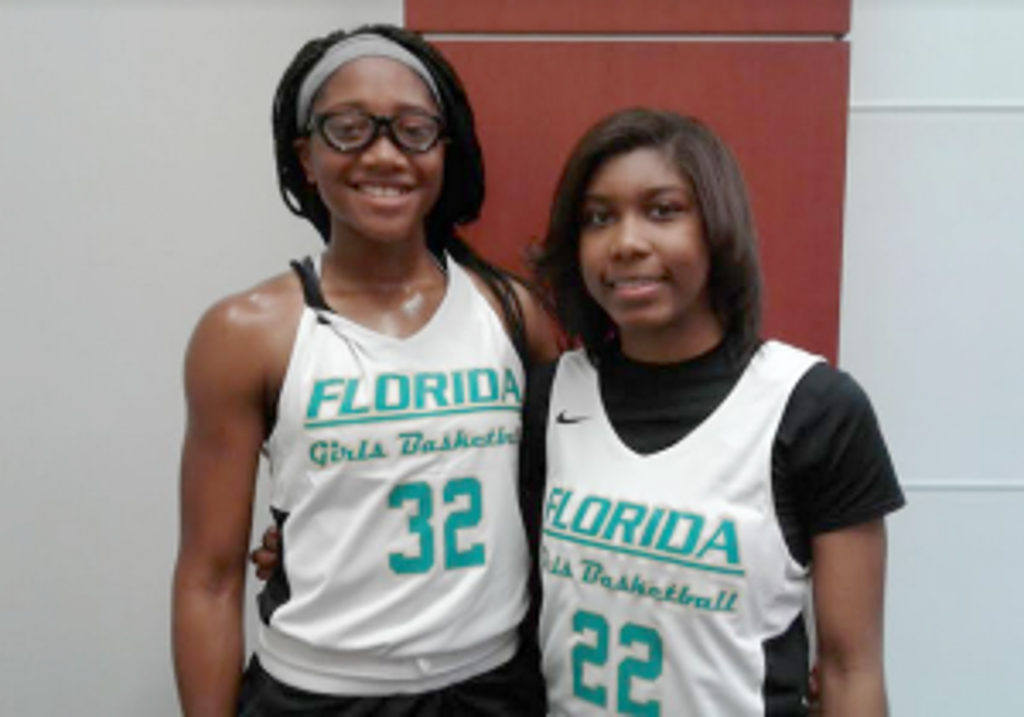 Cheeseman is just scratching the surface of her game. She runs well. Scoring appears currently in the paint but build and mobility suggest more perimeter activity down the road. Getting stronger should be priority number one. Power 5 schools should be monitoring.

Jones moves well without the ball. She showed the ability to attack the basket going left or right. Her outside shot may need to become more consistent and at times she needs to protect the ball better. D1’s should be monitoring her maturation. 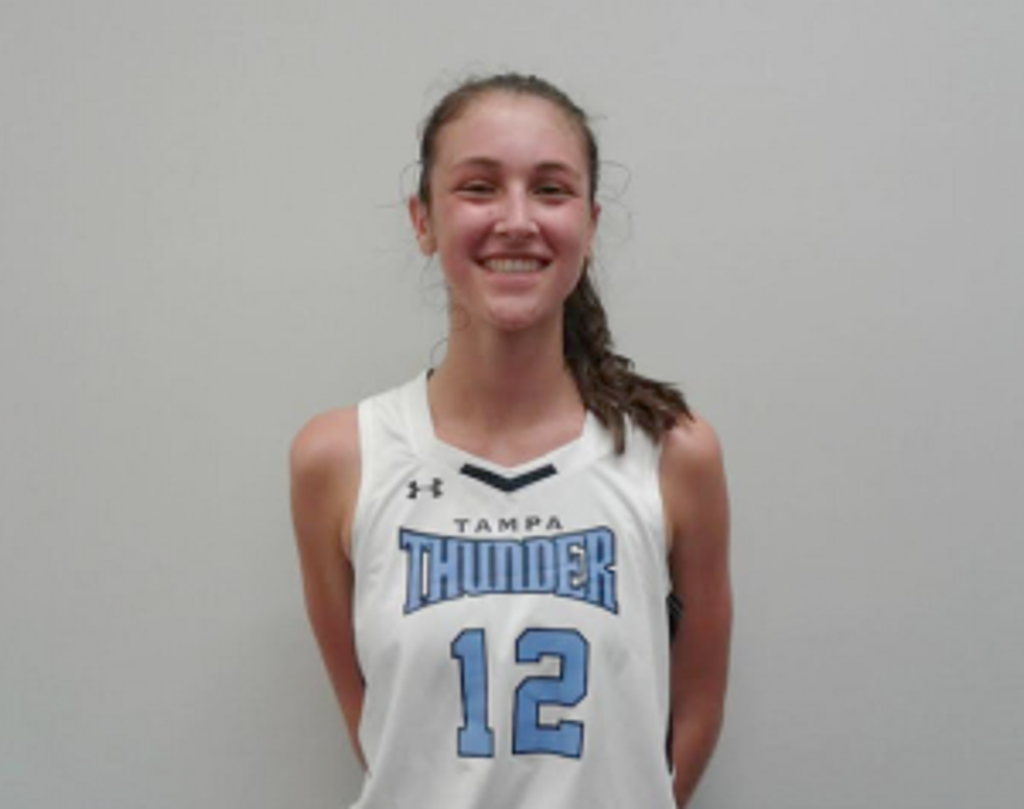 McGraw has a sister who got recruited at the D1 level. She should too! With good footwork, strong build (must watch conditioning) and sure hands, she is already showing ability to finish in traffic with either hand. Power 5 programs should be monitoring her maturation.

With quick feet, Smith looks to attack primarily going right. She needs to build shooting range and fill out physically and those factors may determine how high she is recruited.

Tag(s): In the News  High School