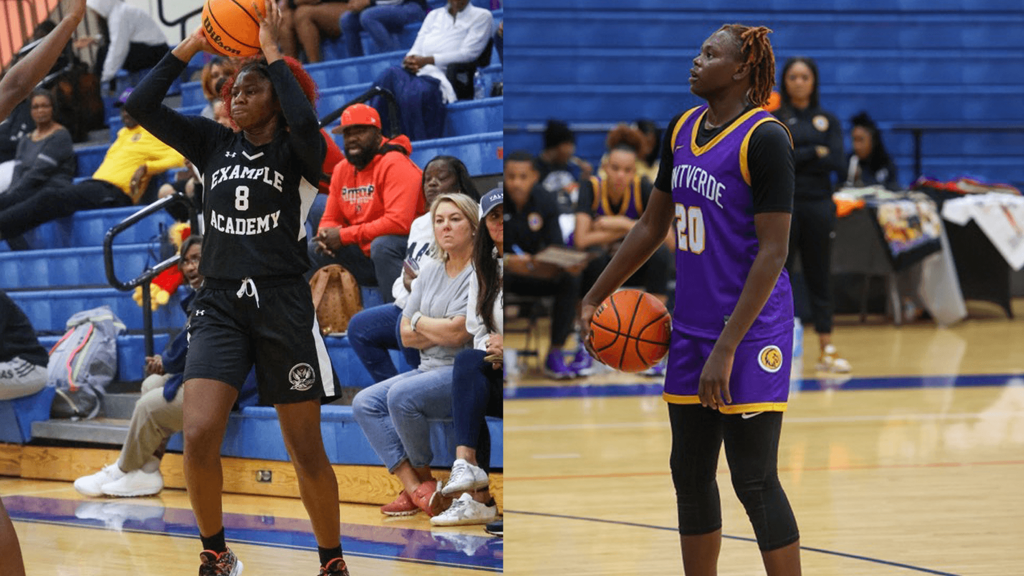 With the high school season in the Deep South just starting, Insider Exposure’s 8th Annual Thanksgiving Classic did not disappoint. Played November 21-23, 2022, seventy teams did battle at The Bolles School (main site) and San Jose Prep in Jacksonville, Florida, playing one to three pre-set games. Thirty-two colleges (almost all NCAA Division 1 from the eastern half of the USA) attended one or more days of the event.

Example Academy National Red (an Independent out of metro Chicago, Illinois) defeated three of Florida’s best teams, all three of whom had been ranked in one or more national pre-season polls. In succession, the victories were over Lake Highland Prep 79-69, IMG 51-49 and St. Thomas Aquinas 57-56. As the score indicated, the last two came down to the last few seconds.

Monteverde Academy (out of Central Florida) was highly ranked in multiple pre-season polls. At this event the teams defeated Duncanville (TX; also ranked in one or more pre-season polls) 58-40 and 1 of 1 Prep National (an Independent out of North Carolina) 42-38.

These teams were considered two of the top five (if not the top two) Federation state series (play for a state title) teams in Florida. However, as they are not in the same post-season class and in different parts of Florida, the winner would have a leg up for a bid to the post-season Geico event assuming they each won the state title in their respective classes. Closer than the final score indicates, Lake Highland only led 34-32 after three quarters. Overall, the difference in the game may have been slightly more poise by Lake Highland as to guard play along with St. Thomas Aquinas’s inability to take advantage of its greater interior height.

Below, some of the many standout performers are briefly discussed. Players are listed alphabetically within graduation class with listed height, position and school (state location in parenthesis).

Signed with Mississippi State, Brown would be our pick for event MVP in leading her team to a 3-0 record at the event. A regular double-digit scorer, Brown can hit the three, the pull-up and get to the rim. She also rebounds well for her size.

Signed with LaSalle, Chiles is a strongly built lefty, low post player with good hands and finish near the rim. Her efforts helped Legacy to 2-0 at the event.

Signed with Alabama, Cody showed both power at the rim and nice face-up stroke before being injured at the event. She should be a strong candidate for All-American honors and Georgia Player-of-the-Year.

Signed with Division 2 Tampa, Davis outplayed multiple modest Division 1 prospects as her team went 2-0 at the event. A lefty, she can go right, passes well, shoot the three and has a well-developed medium-solid frame able to take some knocks.

Signed with Mercer, Dyson typifies her team playing hard. She scored in the paint and on the perimeter in helping her team go 1-1 at the event.

Signed with South Carolina, Jah is a fierce/athletic rebounder able to score at the rim or facing up on the perimeter. She is one of the reasons that Montverde is one of the best teams in the USA.

Unsigned, Pass is energetic in nature and makes things happen for her team. She is one of the reasons that Winston Salem Christian is one of the best Independents in the USA.

Signed with Minnesota, Paurova (from the Czech Republic) moves well and can shoot the three. Her efforts helped her team go 2-0 at the event.

Signed with Arkansas, many wrongly accuse Scott as being unwilling to pass. In watching her post 32 points in a losing effort, multiple times she tried to involve teammates who did not finish. Able to score on the perimeter and even better attacking the basket, she deserves consideration for All-American and Florida Player of the Year honors.

Signed with Mississippi State, Sheppard is a strong perimeter defender and continues to improve her ability to run a team.

Signed with DePaul, Thompson is long/athletic, handles the ball well and can explode to the basket. Solid defense is an added plus.

Signed with Marshall, Waldon has improved her decision making better picking her spots when to attack or just run offense. She helped her team split two games at the event.

Being recruited at the Power 5 level, Blue is a finesse forward with height and perimeter stroke to beyond the arc. Her two double-digit performances helped her team (perhaps best of Florida State-series teams) go 1-1 at the event.

Having mid-major offers, Coyle has nice touch in the lane able to find the basket with a quick release near the rim or at mid-range. Her efforts helped her team to a 1-1 record at the event.

Eads has speed, quickness and stoke. She is getting looks from the Power 5 level down.

Edwards is widely regarded as the top 2024 prospect in Florida. Athletic, she has strong handles, nice drive and dish moves and has instincts to avoid trouble when opponents are trying to trap her. Her efforts helped her team to a 1-1 record at the event.

Having Power 5 offers, Hobbs is strongly built but very mobile with nice scoring touch in the key.

An explosive guard with good handles, one can argue that Fisher (new to the state) is the best prospect in Florida for the class of 2025. She likely has Power 5 offers.

When it comes to taking contact, Giradi is near the top of the chart. Playing with high intensity, she looks to drive or spin into the lane to score. She has offers from the Power 5 level down.

Harris was one of the “stock risers” at the event. Only playing serious organized ball for just over a year, she combines a nice perimeter stroke with good height and a medium-solid build. Having mid-major offers, she is now getting Power 5 looks.

Kemp is one of many D1 prospects on the Duncanville squad. What impressed those on coaches’ row was her versatility on offense showing driving and perimeter scoring ability in an athletic medium-solid frame. Her future development will determine if she winds up in the Power 5 or just below that level.

McFadden is highly athletic with good ‘ups.’ She is another player with solid mid-major upside scoring in the key. She probably needs to fill out a bit and add more perimeter range and handles to lock down Power 5 offers that may yet come her way.

Coming off the bench, Weaver posted 30 points in a 77-73 win over Example Academy National Black (a second varsity of mostly younger players). Weaver showed the ability to drive to the rim (mostly) or shoot from the perimeter. Currently a likely mid-major prospect, adding the ability to go left more often might increase her chances of Power 5 offers.

Green posted double digits in both games at the event. She showed above average poise for such a young player scoring on the perimeter and attacking the rim. Her progress should be monitored from the Power 5 level down.

Although her team struggled at the event, Ray impressed those on coaches’ row showing the ability to shoot from the perimeter or drive with either hand. She is already being discussed as one of the best 2026 prospects in Florida. Power 5’s take note!

Taylor is strongly built with good hands working the low post area. Her skills (particularly footwork) are still in developmental stages but Power 5 programs need to be tracking her development.

Damon appeared to be one of the best (although one of the youngest) on her team. She has advanced IQ for her grade, good quickness, handles and impressive body control going to the rim. Although not her specialty, she can hit the three. A Power 5 future is probable with normal development.

Swift is the youngest player on a young team. She posted 19 points in her team’s one game (a win) at the event. Above average athletically, she demonstrated driving ability and perimeter stroke to beyond the arc. Power 5 programs should be monitoring her development. 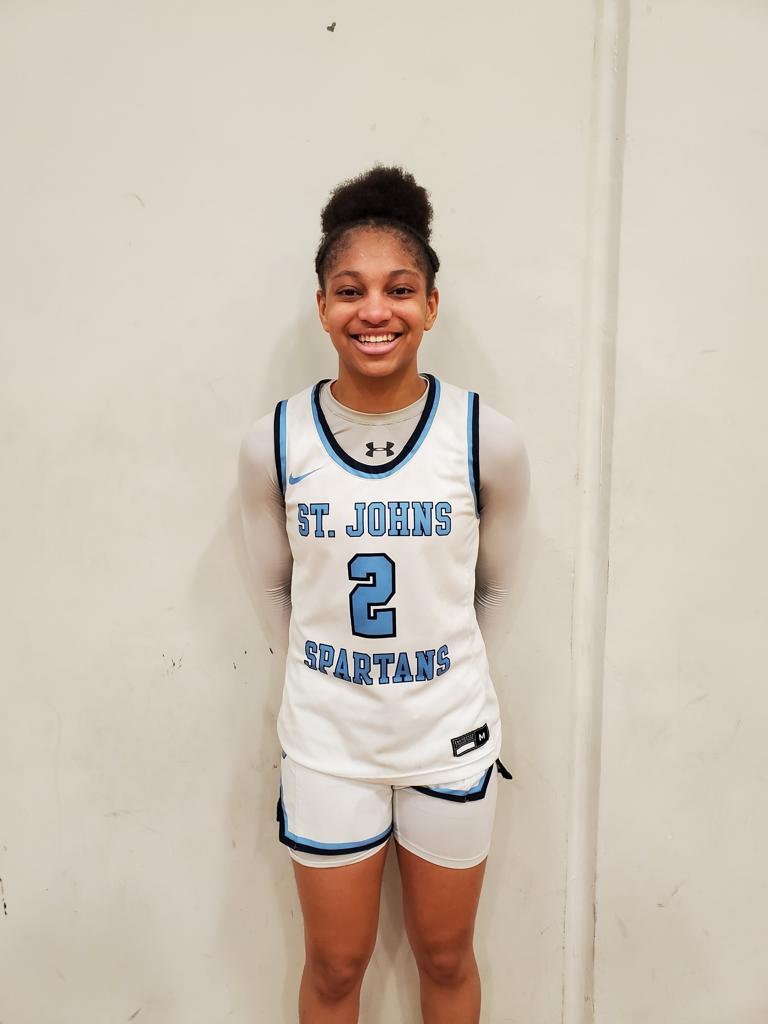 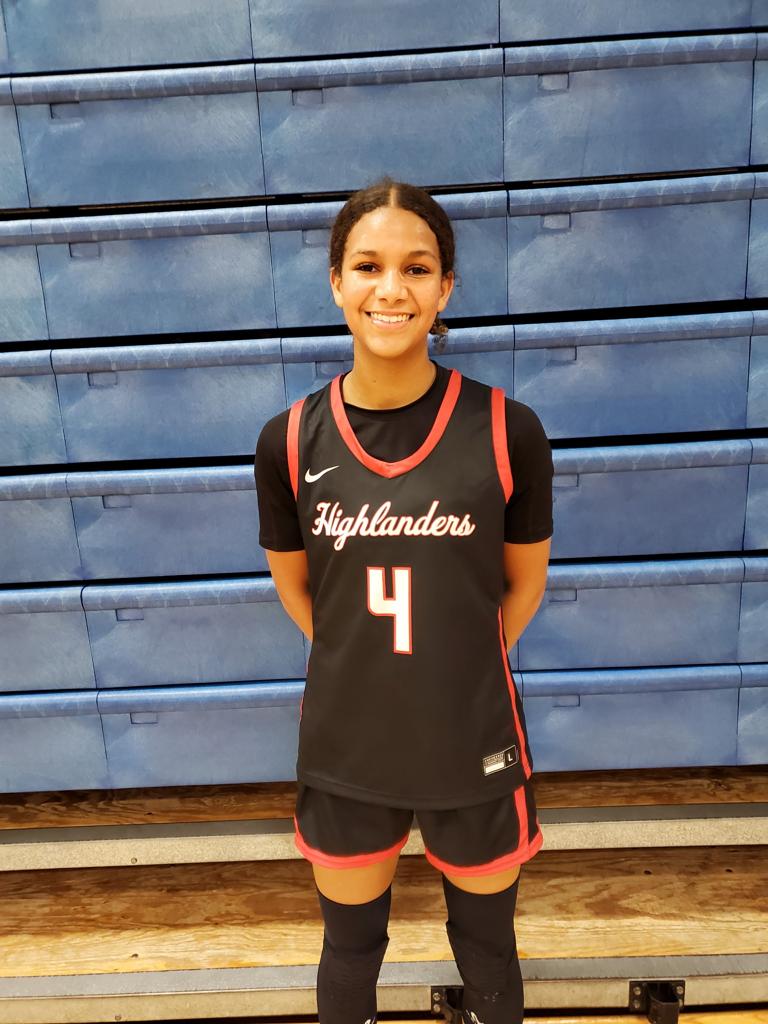 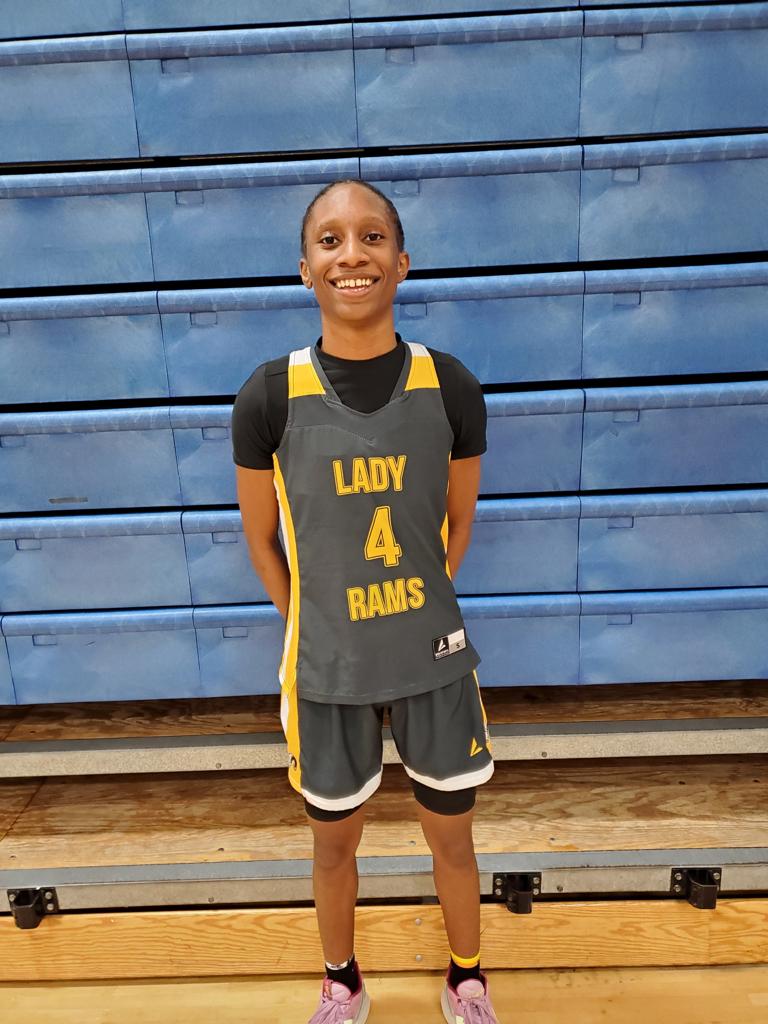 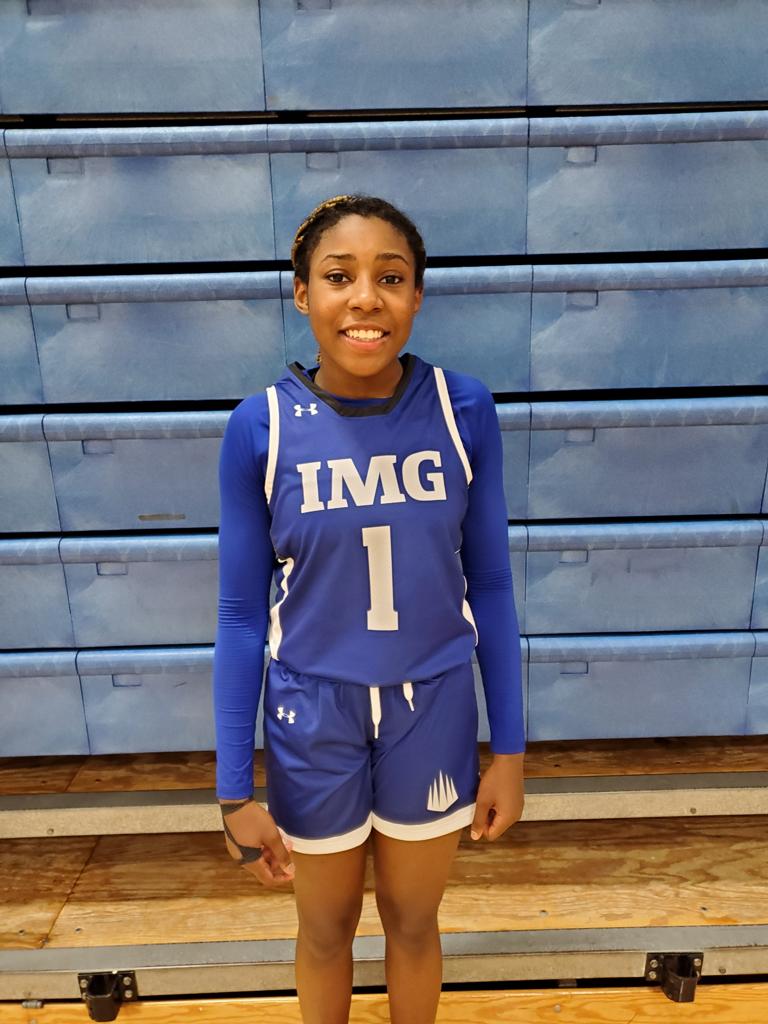 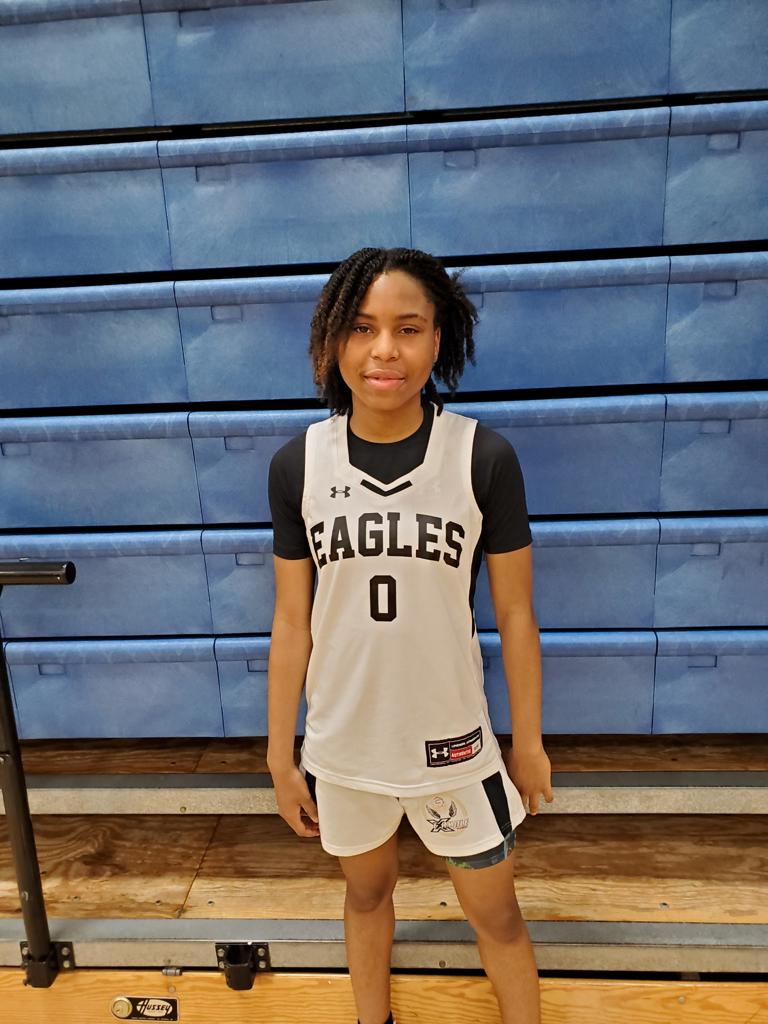