The 1st Annual PassThaBall "Last Run" Series was activated on November 5, 2022 at Sportika Sports complex in Manalapan NJ.  The event was created as a two par exposure experience; one layer was to have evaluators and scouts such as Kenneth Panell (McDAAG committee/ESPN Hoopgurlz/Kontinuos Peformance), Lonnie Hill (Gthing), David Prown (NJ Ladieshoops) and Michelle Sharp (Team Sharp) along with others. The second layer was infusing a collective of former female College/Pro players who experienced the journey first hand as the events Skills Clinicians & Court coaches. What better way recognize to honor the 50th anniversary of title IX by assigning an all female staff as we continue to push for equality and support of female athletes.

The day was broken down into four skills stations: Ball handling, shooting, defensive concepts and half court offensive scenarios. The goal was to ensure that each station be geared towards game play situations. During competitive games the court coaches did a great job managing the games and held players accountable for implementing the skill session work. In a few instances, the action was stopped to explain the importance of pace, space and execution to regroup the teams.

Big Shout out to Abdoulye Sow EYL COO and the Earn Your Leisure family for their support of the event as we continue to Grow The Game!! Looking forward to some major collaborations in the future. Stay tuned !! 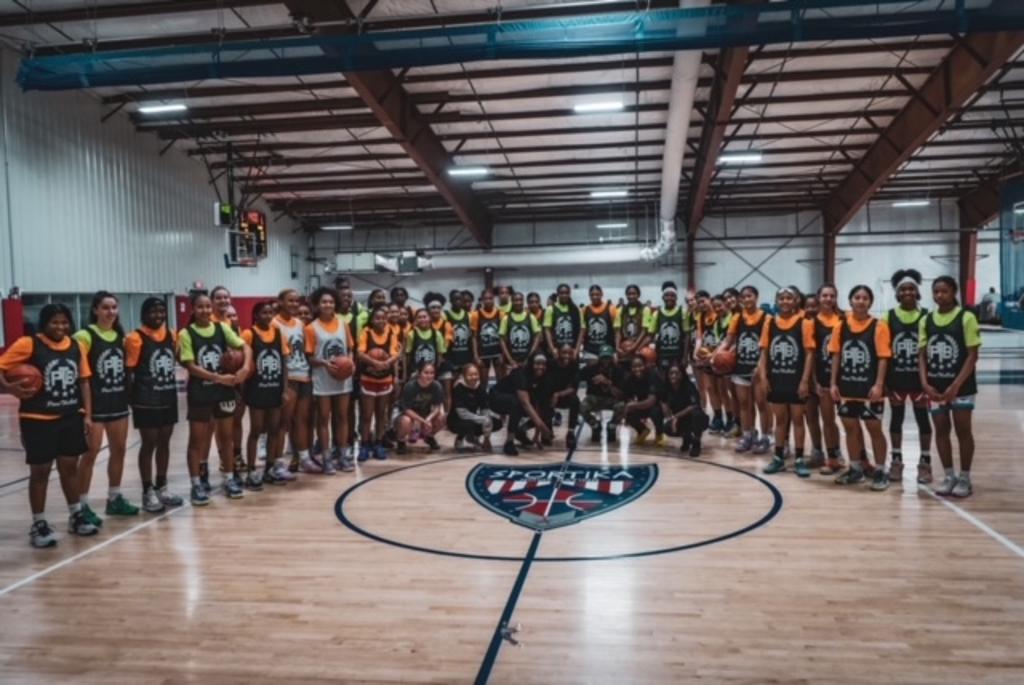 With over 50 prospects in attendance spread across the classes of 23' - 26' there were a number of talented players in the building. Throughout the day we identified a number of prospects that excelled during both skills sessions and competitive play.

Ranked #48  ESPNW Hoopgurlz Top 100 , Quanirah displayed an array skills as the combination of length and height creates match up problems.  Effective on the perimeter with ability to handle under pressure and rise on the dime off the dribble. Very active on the glass,  adjust shots and great timing as a shot blocker.

Mia is high energy guard that got it done on both sides of the ball.  Strong handle and quickness allows her to control pace and create opportunities in transition. Her speed kept defenders on their heels which she took advantage with a very quick release off the dibble.

Smooth guard with a scorers mentality and college ready frame.  She used her size well on the perimeter, showing the ability to absorb contact while executing combos with quick change of direction. She probes to get into the lane for her pull up which is pure with a high release and was consistent from deep. 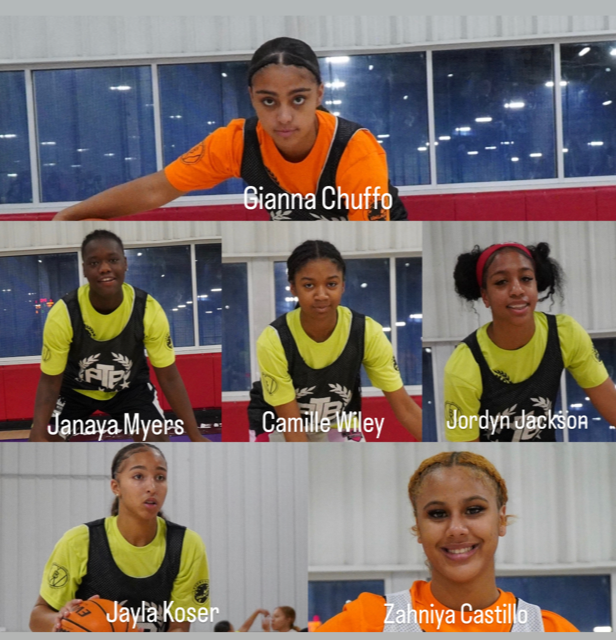 Gianna oozes confidence, a score first guard that was aggressive searching out shots.  She used a shifty handle and hesitation moves to create space getting to her shot off the bounce with extremely quick release. She handled pressure well and was aggressive getting in the lanes making plays with draw and kick ability.

Janaya is a mix of raw strength and athleticism, a strong versatile guard who's competitive edge sets her apart. She was very physical on the boards and a tough guard downhill in transition. She searches out contact and uses her body to ward of defenders. Mixed it up  defensively as well causing havoc on the perimeter with multiple steals, blocks and deflections.

Camille is a competitive guard who plays with a bit of an edge. A slasher with a quick first step, solid combos and the strength to play through contact once she got her shoulders passed defender. Solid with ball and has a bit of shake to her game and was aggressive off the catch.

Jordyn is already recognized as one of the best in the Class of 2026 as a ESPN watch list member. A long and versatile three level scorer who created of the dribble, finished at the rim and displayed great footwork on both ends. She attacked the glass and defended all over the court blocking shots and bottling up smaller guards in the open floor.

Jayla is a super athletic, high motor wing. A workhorse type that mixed it up inside with her strong frame and physical play. Very aggressive perimeter defender with quickness and anticipation. She has great hands, elevation and balance as she finished in and through contact.

Zahniya is a bruiser with nice form on her jumper and solid footwork. She sets effective screens and rolled to space well using her strong frame to bury defenders under the rim either on a post up or for a box out. Very physical and active post defender.

Recap through the lens of BrolyLewisMedia 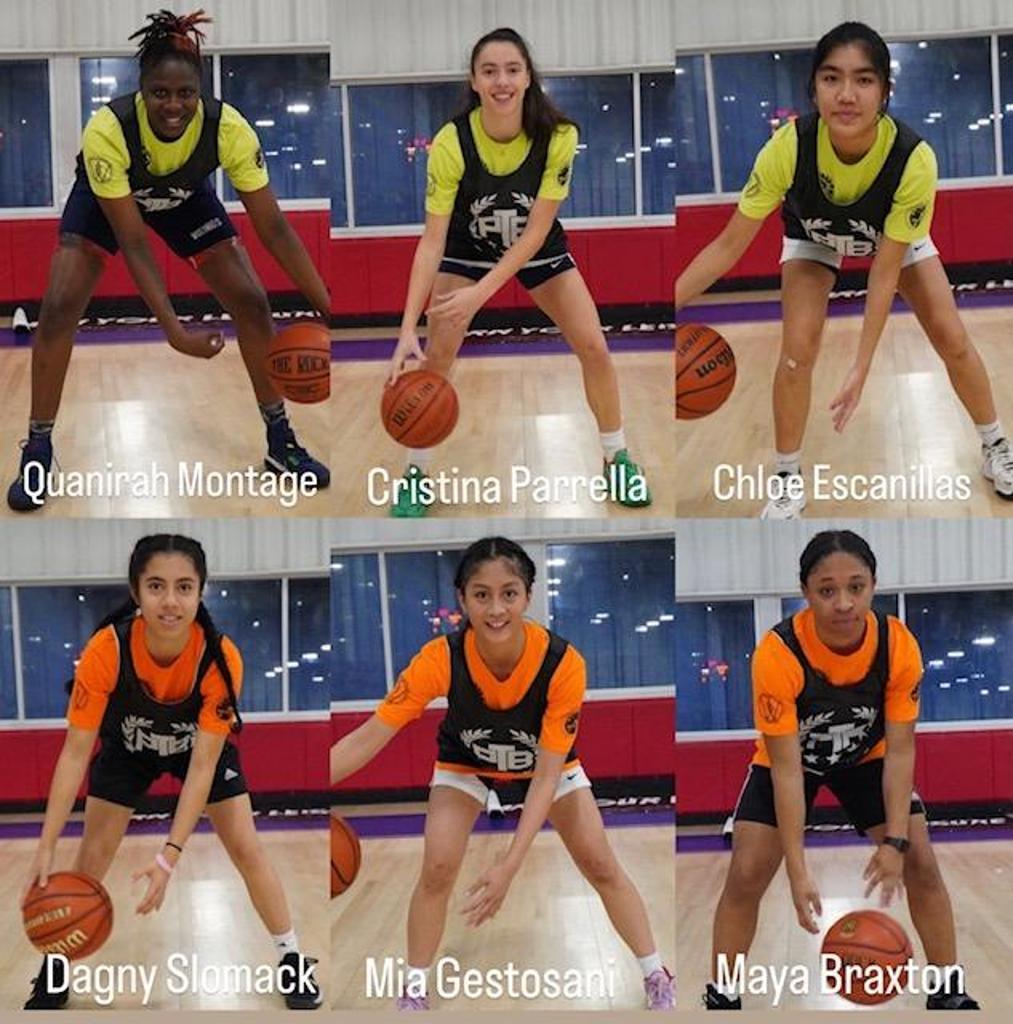 High IQ point guard with elite ball control and foot work. She was effective out of PNR, with solid reads and vision to match.  In ISO situations her ball manipulation was on display with an array of combinations and finishes around the rim. A willing defender that communicates well and did a great job getting into ball handlers space.

Chloe is poised guard that plays within herself, understands pace and space. A lethal shooter that is almost automatic off the catch from anywhere on the floor, one of the best shooters at the event and possibly in New Jersey. She also showed a willingness to put the ball on the floor to make a play when opportunity presented itself.

Maya is a compact guard with a stout physic. Poised as she picked her spots and showed solid court vision and pinpoint passing. Her reads off the close outs are quick which allowed her to get into lanes at a high rate. A solid defender, she played passing lanes well for steals and got end to end finishing contested lay ups.

A lightning quick guard that is disruptive defensively. Slim in stature but very aggressive and didn't shy away from physicality. She finished well on drives and has shot making ability behind the arch. Uses ball fakes well taking advantage of poor close outs with side step threes or lane finishes. 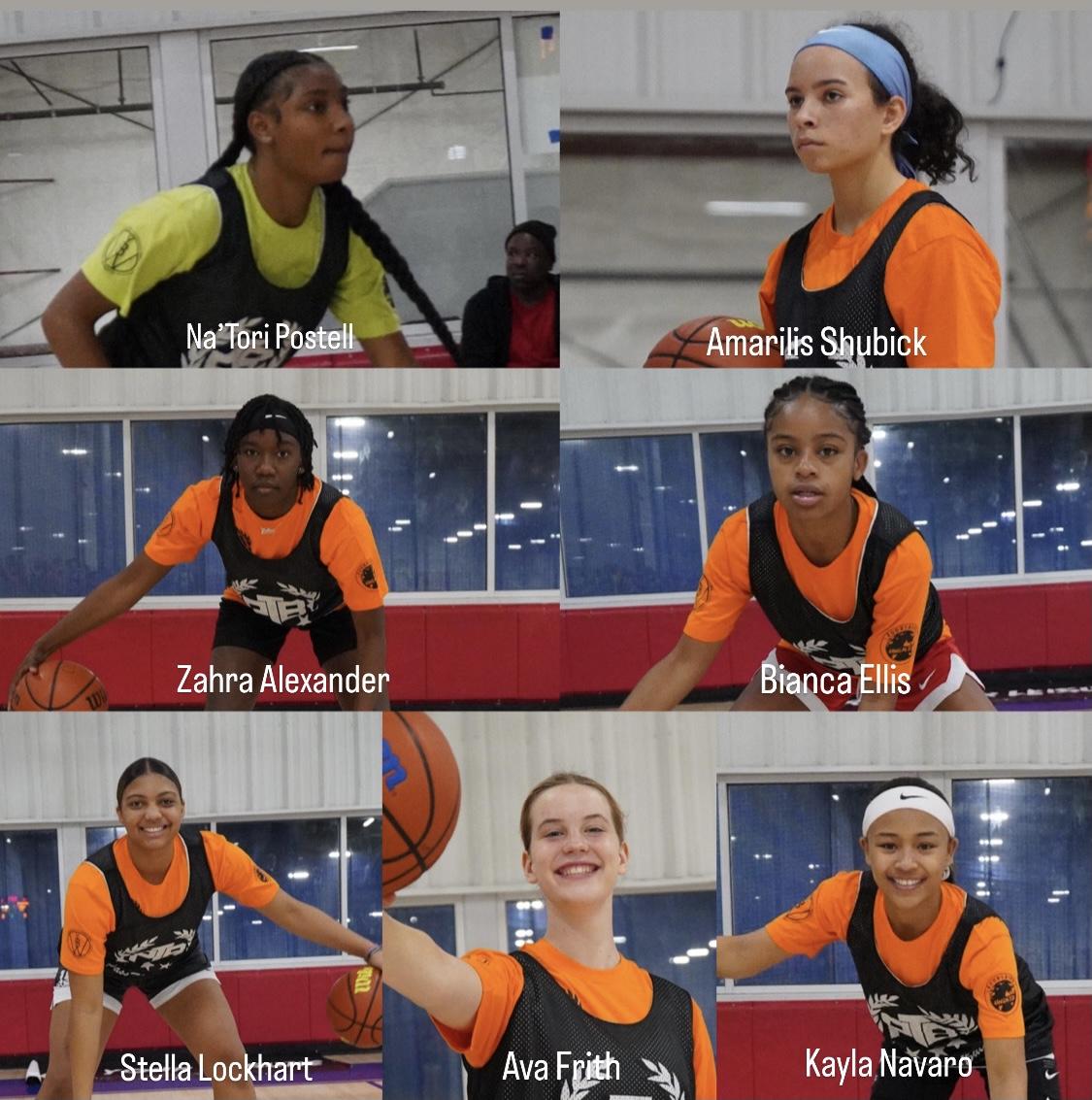 Recap through the lens of LikeBryce