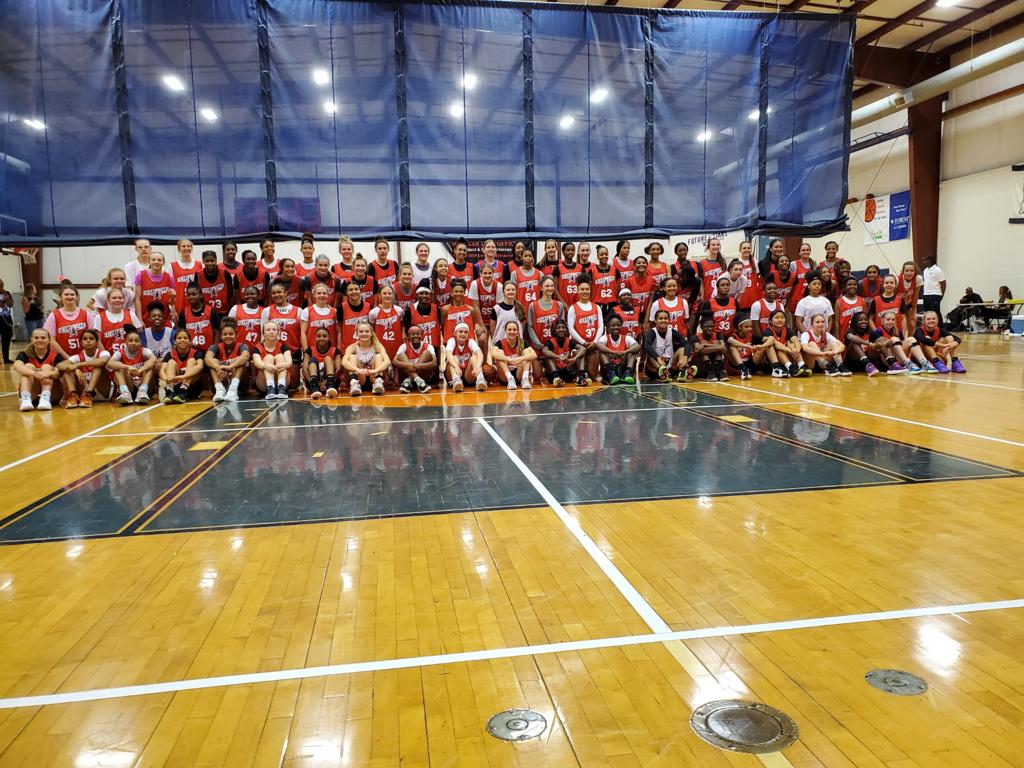 The 7th annual Future Stars USA presented by Preferred Athlete Scouting Services was held on July 9, 2022, at Indiana Basketball Academy in Carmel, Indiana. Just under 100 invited players from the classes of 2026 (mostly), 2027 and 2028 showed their skills to 42 colleges (mostly Power 5 programs) in a five-hour window where each athlete played about a half of two games on two adjoining courts. An observer could watch a half of each court or just one court as all of the teams played once on each court.

Talent and more talent...
With the players attending strictly by invitation with no charge to them, few of the near hundred were not Division 1 prospects at some level and probably twenty plus will be Power 5 recruits down the road. In an era of spread-out talent due to the explosion club basketball teams, this event had a high density of talent compared to most. Why more mid-majors do not attend continues to mystify me! Granted these players are very young but talent is talent and knowing what is in the pipeline is part of being a recruiting coordinator!

Next year?
With the July recruiting evaluation calendar shrinking from twelve to eight (two pods of four days of which the first and last day will likely be only partially viewable), it may be hard for this and other one-day events to be held in the viewing period. This year, a lot of major team events ran July 6-8 and 10-12 leaving the 9 th open for travel or a one-day event. Such may not be the case going forward. If so, events such as Future Stars will be missed!

Below, a brief look is taken at some of this talent listed alphabetically within graduation class along with height, position and home town. All listed below should be monitored as possible Division 1 Power 5 level prospects depending on maturation.

Se’Crette Carter, 5-6, guard, Rockwood, Michigan
An above average athlete, Carter showed the ability to hit the three and get out and score on the fast break.

Brihanna Crittendon, 6-2, forward, Thornton, Colorado
Crittendon showed out in several ways hitting the three, driving and rebounding. While known out West, scouts from the East did not know her before the event.

Lola Lampley, 6-2, small forward, Fishers, Indiana
Previously discussed in our article on the Best of Maryland (https://www.passthaball.com/news_article/show/1231724), Lampley took over one game dominating with her ability to get to the rim with great body control and active defense at the other end of the court. She is already considered one of the top prospects in the 2026 class.

Jenica Lewis, 5-10, guard, Grimes, Iowa
Lewis is another of those considered as near the top of the class of 2026. Here she showed varied skills including hitting the three, driving and nailing a pull-up jumper.

Ellie Muller, 6-2, post, Clive, Iowa
Muller showed the ability to score on the block but also to put the ball on the floor and attack from near the foul line.

Nakia Ollivierre, 5-7, guard, Wellsburg, Iowa
Ollivierre showed nice variety in her offensive arsenal hitting the three, pulling up and getting to the rim throwing in above average quickness to boot.

Jaeylynn Scott, 5-10, forward, Holden, Massachusetts
Above average athletically, Scott was active on defense, hit the glass at both ends and moved without the ball on offense hitting a three along the way.

Annsley Trivette, 6-1, forward, Pounding Mill, Virginia
Strongly built, Trivette was considered the discovery of the event by national scouts as she plays on a lesser-known club team and is from a more rural area of Virginia. She impressed with varied skills hitting the three, mid-range and a spin move while blocking a few shots on defense.

Yahri Tyler, 6-0, forward, Arcadia, Florida
A lean athlete, Tyler played with good energy scoring in the paint and hitting the glass on both ends.

Xyanna Walton, 5-10, guard, Chicago, Illinois
Walton played with high energy making her presence felt at both ends. For skills, she showed the ability to hit the three, at mid-range and score at the rim.

Charlotte Cavin, 5-10, wing, Frisco, Texas
Most noticeable was that Cavin played hard not shying away from contact. Driving seemed her first scoring option.

Lauren Hassell, 6-2, forward, Clarksville, Tennessee
Hassell is already known at the national level as one of the top prospects in the 2027 class extremely advanced for her age. She showed great body control scoring in traffic. On defense, she can guard in the paint or on the perimeter.

Erin Thomas, 5-9, forward, Cincinnati, Ohio
Above average athletically, Thomas showed the ability to get into the paint to score but also must be respected as to shooting the three.