The much anticipated live period session of the 2022 summer kicked off and the buzz was enormous around The Spooky Nook Sports complex as the Inaugural Select 40 Independent league began.  As advertised, it was a great atmosphere full of anxious parents, enthused athletes and focused coaches/directors along with a number of media outlets, videographers and most importantly hundreds of college coaches from multiple levels in attendance to take in the action. The Select League presented a simulation of what playing at the next level would be like as they added a 35 second shot clock, (4) 8 minute quarters and each court had three referees officiating the game to ensure high level play.  In addition to Select 40, Live at the Nook was running simultaneously under the same roof which featured independent and sneaker sponsored programs.

Throughout the three day event we saw a lot of talented prospects lead their prospective team into battle. As I conversed with multiple college coaches the sentiment was the same across the board, they were happy to be back on the road again and excited to check out the talent. With the transfer portal being the buzz around recruiting  it was a breath of fresh air to see the coaches out looking for scholastic prospects.

The 17u division featured a few perennial powerhouses such as New Heights NYC who has been playing like a well built machine. The New Jersey Sparks Hines-Allen team was exciting to watch as they are led by a young backcourt. Also want to add that the Wisconsin Lakers were shooting the lights out from everywhere.  It was an exciting opening weekend with the S40 teams putting their bids in to come out on top of their perspective divisions.

New Heights NYC  23'  Angelica Velez had her team going as her court vision and leadership ability was in tune with her flashy ball handling and precise passing ability. Joniyah Bland-Fitzgerald 23' was Draymond Green like as her toughness, passing ability and rebounding really stood out.  23' Aalyah De Rosario continues to be a force in the paint as she is more fluid and showing more agility with a added mid-range to her game.

New Jersey Sparks in what was considered a rebuild year brought the same energy they are known to bring with a trio of young guards. Mia Pauldo 25' was in attack mode from the jump with her flashy style of play. Twin sister 25' Mya Pauldo took care of business early as she led the offensive charge in the first game of the weekend. Kennedy Henry 25' simply got it done on both sides of the ball. They were anchored by 23' 6'4 Quanira Cherry-Montague a hybrid who splashed onto the seen going from fairly unknown to  stock riser status gaining multiple Power 5 offers throughout the weekend.

Wisconsin Lakers 2023 White came to play with a free flowing style offense with precise ball movement with multiple capable shooters. They did a great job playing team defense as well. The twins 25' Amy & Anna Terrain both have a silky smooth mid-range game to go along with a nice floater package. Teagan Mallegni 24' had it going inside/out hitting from perimeter and using her length to finish at the rim. 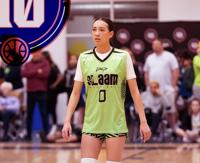 23' Quanirah Cherry- Montague - New Jersey Sparks  High potential prospect with extreme upside. Her ability to cover space is next level as she had a number of blocked shots on close outs to the perimeter shooters.  She also owned the boards with precise outlets to start the break. She displayed her shooting touch hitting 4 three's in a row in one game. This young lady’s potential is through the roof.

23' Joniyah Bland-Fitzgerald New Heights NYC  The glue for her team that always gets the job done. She's a hard working player with an all in approach to the game and her  intensity level is unmatched.  A tweener with great hands and balance that finishes well in traffic and a willing defender with sheer determination that is hard to duplicate.

23' Angelica Velez - New Heights NYC  Extremely active guard that is the "Maestro" for her squad. A very vocal player who looked to create for others off of every opportunity. Seemed to always be a step ahead with precise passing in transition to open teammates, whether to shooters or down low in the post where they can catch and finish.  Very unselfish point guard but would like to see her be more aggressive on the offensive end.

23' Yirsey Queliz - MCW Starz Confident guard that has bounce with crafty handles. She was able to penetrate the lanes, utilizing her step back to get the shot off.  Streaky shooter but has nice form and showed she can light it up once she gets going.

23' PG Candence Dykstar - West Michigan Drive  Stealth like guard who applies pressure with the ball in her hands. Has a strong frame and nice change in direction on a dime, which allowed her to easily break down the defender. She used her cross jab to get defenders on their heels either attacking gaps for rim finishes or quick pull ups off the dribble.  Candence is a Toledo commit. 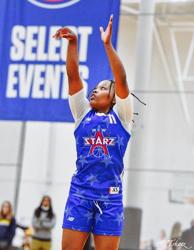 The young prospects in the Select 40 did not shy away form the competition as they made a statement with their on court play.

24' PG Ahnay Adams - MCW Speedy guard that excelled in transition and out of pick and roll, as she got downhill and finished in dramatic fashion. She excelled out of the DHO series with pull ups or floaters in the lane. Streaky shooter that can get to her spots and score in spurts. A very active defender with quick feet and great anticipation.

24' Ava Renniger - PA Dynamite Had a good performance as she got down hill in the dribble drive with great change of pace/direction. Ava showed good body control around the rim with a soft touch on the floater. Her patience under pressure and natural feel for the game was something that really stood out.

24' Elyse Autry - Elevate Elite Was extremely active, with her quick hands and set the tone defensively for her squad.  Has solid handles, attacks the rim, utilizes her combo moves and has a scorers mentality in transition.  Also rebounded well for a guard.

25' Mia Pauldo - New Jersey Sparks Her skill set was on full display as she led her team to a 5-0 record.  Has the ability to score at will on all three levels, is a good distributor finding shooters off the screens and no looks to flashing post players.  One of the most exciting prospects in her class.

25' Kennedy Henry - New Jersey Sparks long athletic guard with a soft touch and nice pace to her game. She has uncanny ability to get to her spots for pull up jumpers and was consistent from long distance. Defensively her length allowed her to get multiple steals/deflections in the lanes and also defended  post players when needed. 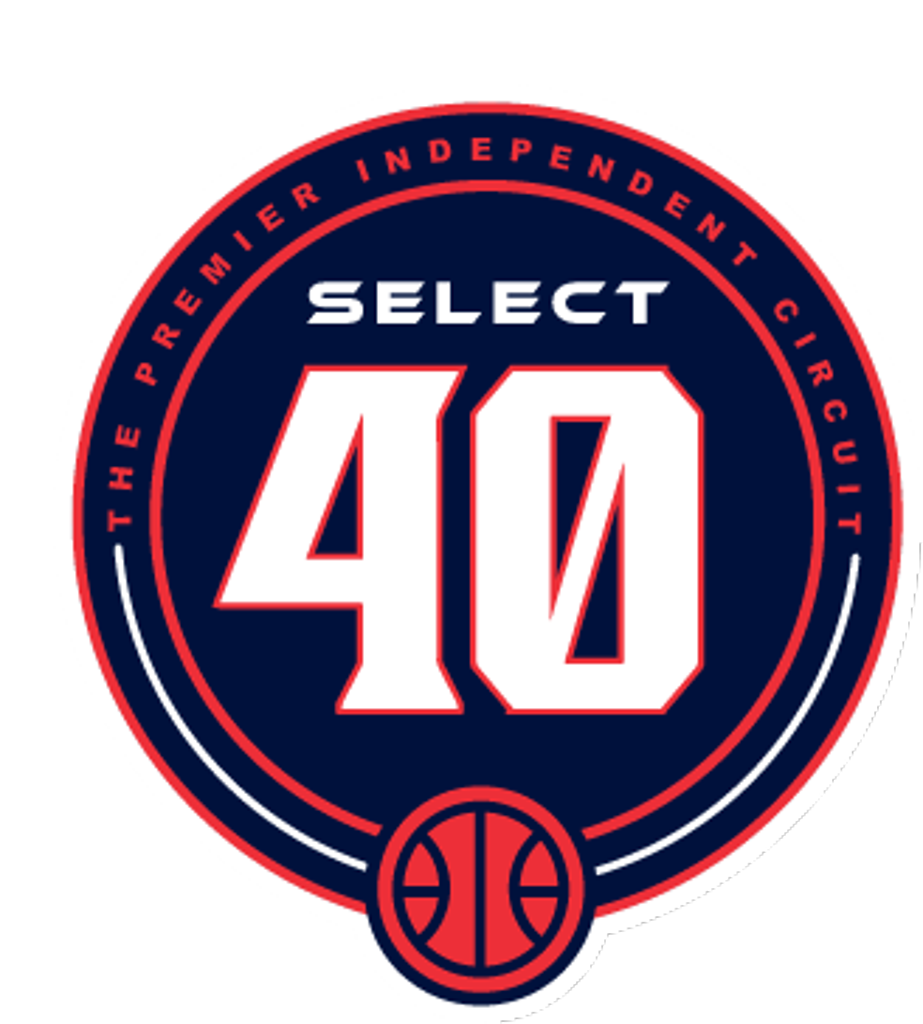 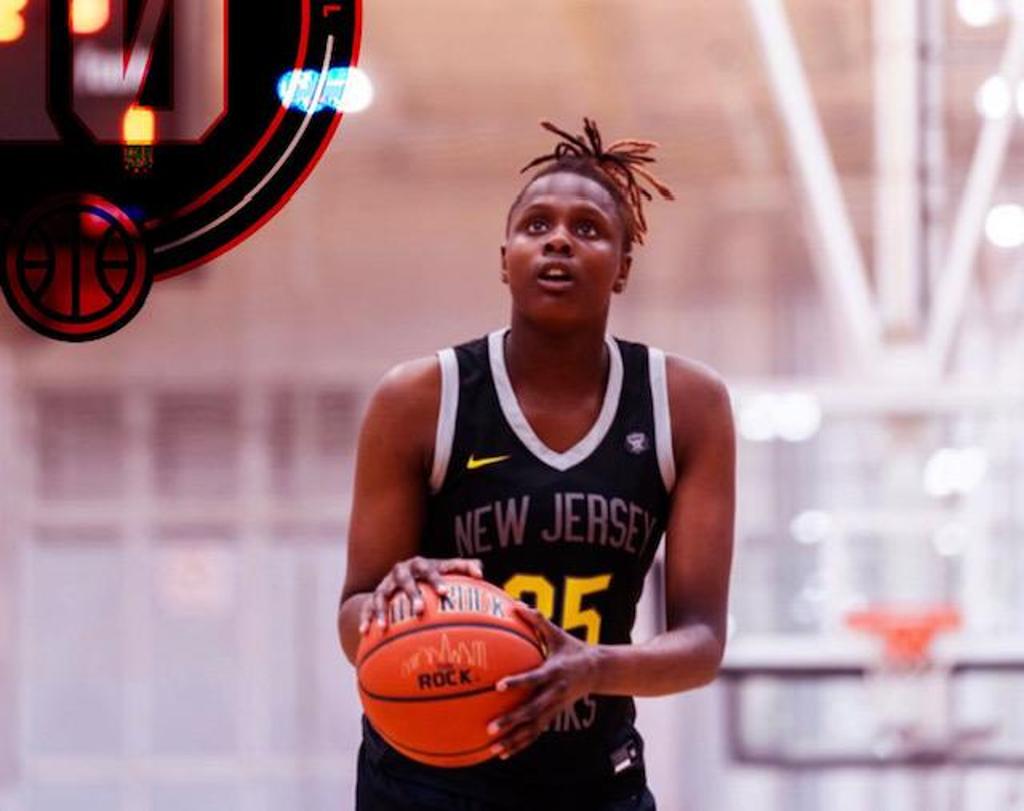 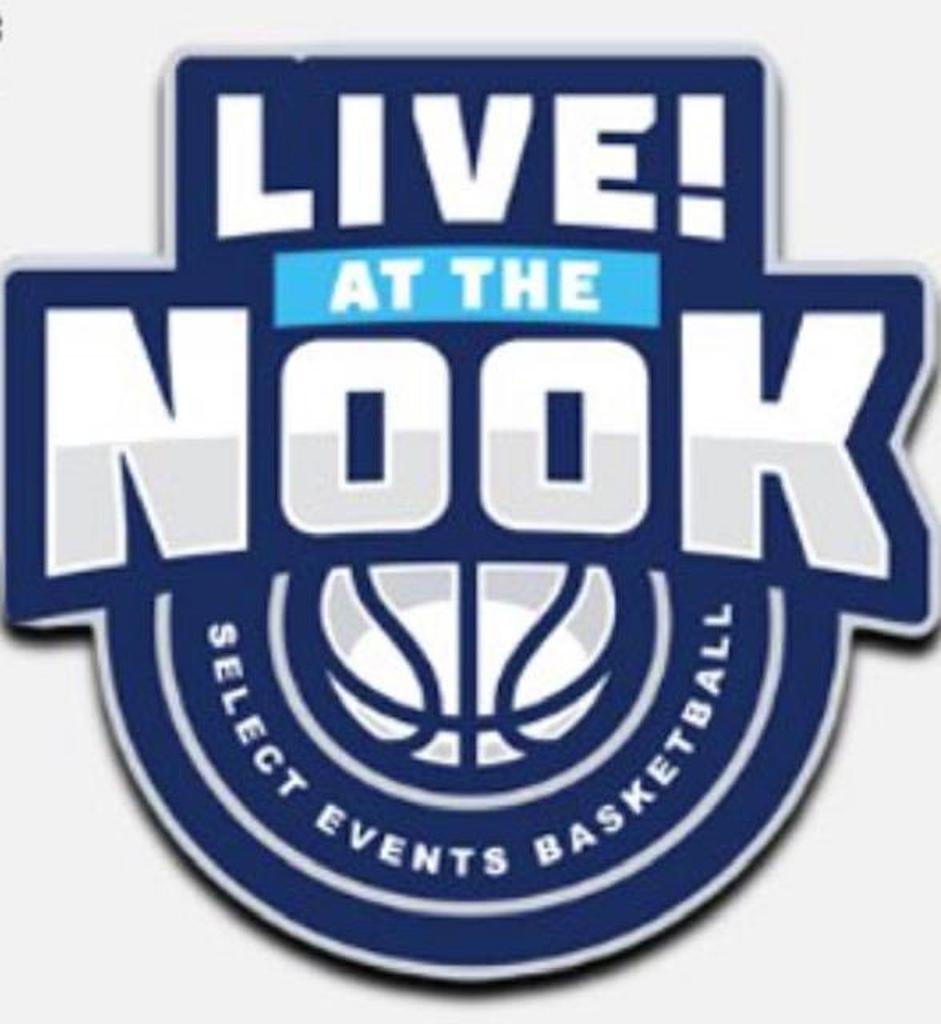 Live at The Nook

Live at The Nook was held under the same roof as the Select 40 league. The showcase featured teams from various leagues like the #3SSB, HGSL, along with other independent programs.  Here are some of the prospects that caught our attention.

24' Kiyomi McMiller - NEPA Elite This kid is an absolute stud! She's not new to anyone on the circuit unless you've been under a rock. Her footwork is top tier and ball handling ability is extremely sharp, reminds  me of Jamaal Crawford. She sliced and diced through zones and press defenses easily.  Kiyomi is a score first guard who gets it done on all three levels . She plays with a you cant stop me mentality as she dominated every game and competed hard on both ends.

24' Zoe Mensch - NY Extreme  I tabbed her the "Flash" as she gets end to end with the ball in a heart beat. Not the fastest player but she uses a very quick first step and an array of combos to get where she wanted to on the court. Although smaller in stature, she was very creative in finishing around the rim using the backboard from a number of angles.  She also shot it well as defenders backed off to stop the drive.

24' Julia Almeida - NJ Shore shots The anchor for this unit as she plays with an endless motor and her team seemed to build off of her energy.  Athletic guard, college ready frame and great defensive instincts as she gave opposing teams headaches causing a number of turnovers. She has nice elevation on her pull up jumper and is strong enough to finish through contact .

23' Eva Dechant - NY Extreme  The upstate guard is as smooth as they come. She plays with so much confidence and appears to be under control at all times. She navigated through screens, picking her poison with pull up jumers or hesitations, freezing the defender in ISO situations. She also has a nice range on her shot.

23' Zoli Khalil - Elevate Elite 3SSB 17u Slender 6 foot frame but tenacious as they come.  Constantly on the attack mode and scored on all three levels. She's very effective using her mid-range shot taking what the defense gave her. Her height and court vision allowed her to find open teammates as her attack and kick game was on point.  First thing that stood out was her long strides up and down the court like a deer.