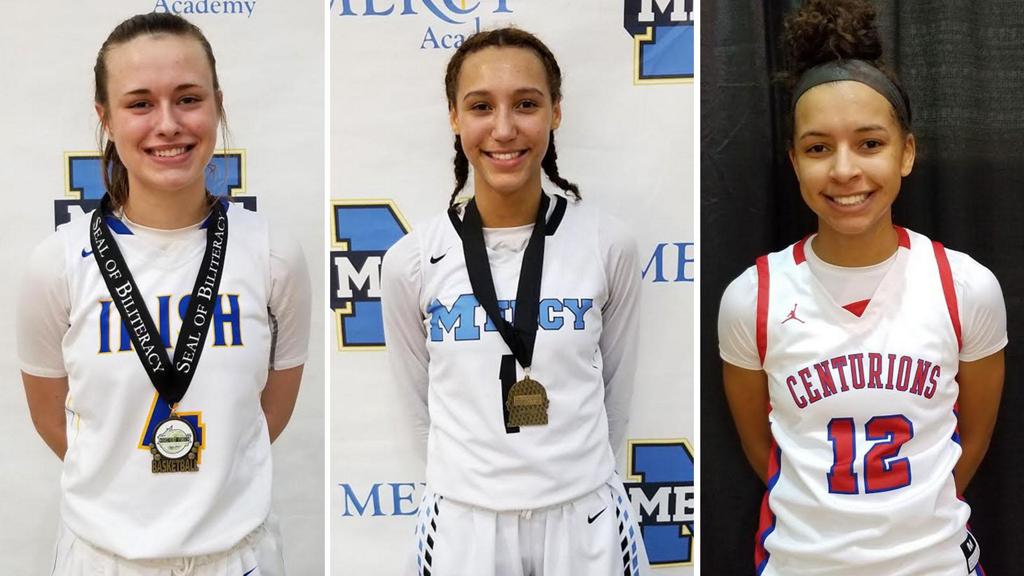 Why not more college attendance?

It is hard to figure why so few colleges attend this when similar showcase events draw maybe 30 colleges. Is it the location, dates or perceived lack of talent? Louisville is not hard to reach. The playing site is in a well-lit gym with plenty of parking and a safe neighborhood. In January, colleges are in a pretty set rotation of playing dates week to week so one could expect about the same availability of coaches whichever January weekend you held the event on. As to talent, there was plenty ranging up and down the NCAA Division 1 spectrum. Quality teams were present from host state Kentucky, Illinois, Missouri, Ohio, Tennessee and West Virginia.

Hamilton Heights Christian Academy (of Tennessee) played two games at the event and won both defeating Pickerington Central (of Ohio) 71-54 and Elizabethtown (of Kentucky) 67-53. Call these wins convincing but not blowouts. This year’s Hamilton Heights team (currently #2 in MaxPreps Xcellent 25) has perhaps its best bench (potential scholarship level talent even here) unlike recent years when there was a massive drop off from the starters.

St. Joseph Central Catholic High School (of West Virginia), currently ranked #17 in the MaxPreps Xcellent 25 is not the most athletic team you will find but is loaded with above average shooters and play well together. The squad was undefeated (until losing to Mount Notre Dame out of Ohio this past week) as of the event and posted wins versus a youthful but talented Incarnate Word Academy (of MO) 74-67 and George Rogers Clark (of KY) 71-49.

Sacred Heart Academy (of KY) is ranked #25 in by MaxPreps Xcellent 25 and received a good test from youthful Montini Catholic (IL) 50-41.

Both Montini and Incarnate Word should challenge for national recognition next year. Each will be in the hunt for a state title back home this year.

From time to time this question come up. While not a perfectly accurate answer, a check of the MaxPreps Computer Rankings had well over 18000 (not Canada) high schools listed. Unfortunately, many states do not require MaxPreps posting so schools may not be in the list (or at least not accurate as to full record). Regardless, for any team to be listed in a national top 25 is quite the honor!!

Looking at some of the individual talent in alphabetical order with height, position and school within graduation year. Location of school is in parenthesis. All players discussed below should be considered as prospects of some level of NCAA Division 1.

Signed with Central Arkansas, Balogun has come a long way from being an “iffy” reserve to solid starter on an outstanding high school team. Her improvement in so many skill areas (shooting, handling the ball, understanding the game) over the last few years needs to be applauded. In her team’s win over Elizabethtown, she posted 18 points and 12 rebounds.

Having signed with Virginia Tech, Calhoun is an above average athlete with good handles able to attack the basket going left or right plus strong court vision. She posted 16 points, eight rebounds and five assists in her team’s 53-44 loss to Incarnate Word.

Signed with Syracuse, Cardoso dominates the game defensively even if she does not score a point. If she does not block a shot, she alters or discourage opponents from taking them by her presence. Recently named a McDonald’s All-American, at the event she posted 22 points and 31 rebounds during her team’s two victories. 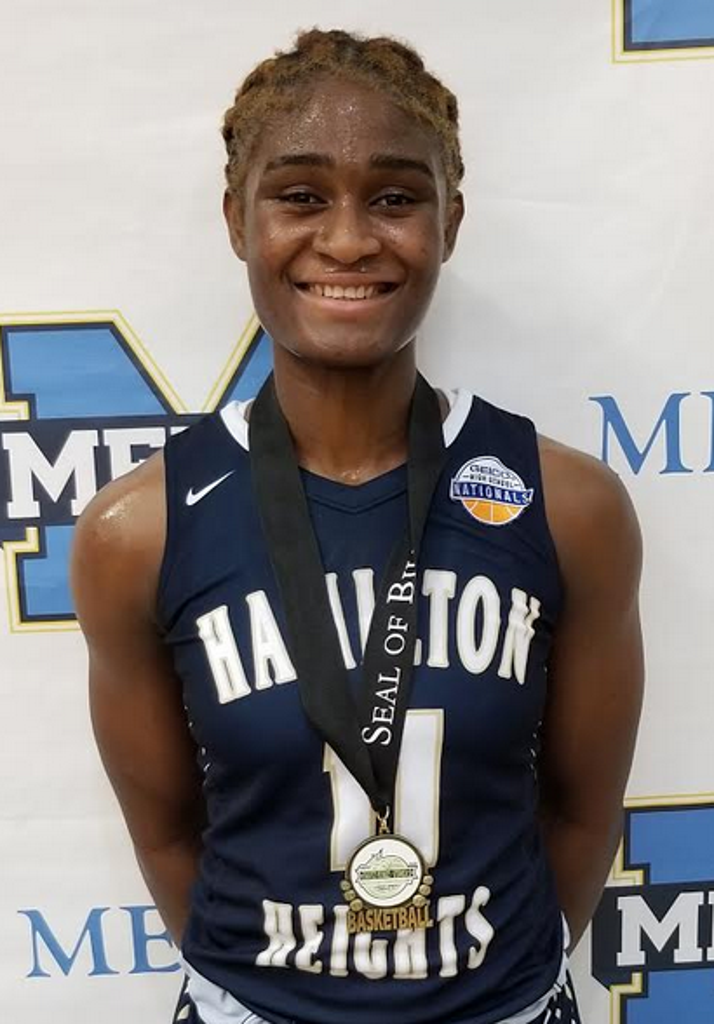 Having signed with Belmont, Hay Helped her team stay in the game (67-53 loss to Hamilton Heights by posting 22 points (five threes).

Signed with West Virginia, Jenks played with good energy often attacking the basket dominating the game in a 62-50 win over Arlington (TN) High School. She notched a double-double with 24 points and 10 rebounds.

Signed with Alabama at Birmingham, Klaczek primarily ran her team’s offense contributing points as needed in the two wins at the event. She posted just 12 points in the 58-48 win over Lakeway Christian (TN) when interior scoring was working but shouldered more of the point production with 24 (hitting six triples) in a 58-46 win over host Mercy.

Signed with Columbia University, Stephens has had to wait her turn to start on this traditional Ohio power. Now a senior, she appears to be playing with more confidence. In her team’s loss to Hamilton Heights, she posted 30 points (including five threes).

Sacred Heart is a talented team with different players stepping up on different days. In her team’s 50-41 over Montini Catholic, the Kentucky signee posted 17 points attacking the basket to get to the foul line (7/8) and also hit a couple of threes.

An above average athlete, East posted 17 points primarily by attacking the rim and pulling up in the key this helping her team to a 37-34 win over Lebanon (TN) High School.

Hutson was one of the stars of the events posting 51 points as her team won both games at the event. She is primarily a perimeter shooter (including eight threes over the course of the two games).

Having Power 5 offers in hand, Miles is a good athlete with strong handles and court vision. She thinks pass first with scoring primarily via attacking the basket.

A good athlete, Thornton is one of several division one prospects on a young Montini squad. She posted 10 points primarily looking to attack the basket as her team lost 50-41 to Sacred Heart.

Laster is your prototype undersized power player. She has a strong body, good hands and is mobile in the paint. She posted a double double of 16 points and 11 rebounds in a 51-46 loss to Pickerington Central.

Tyler posted 37 points as her team split its two games in Louisville. With a Power 5 upside, she has good handles, speed and quickness, can shoot the three and perhaps most important a good basketball IQ.

An above average athlete, Byers’ game is just developing. Currently scoring is near the rim. In her team’s loss to St. Joseph, she posted a double-double of 10 points and 10 rebounds.

Potts still has not filled out but her skills are above average for a freshman. She showed nice moves around the basket posting 16 points and 10 rebounds in her team’s loss to St. Joseph. 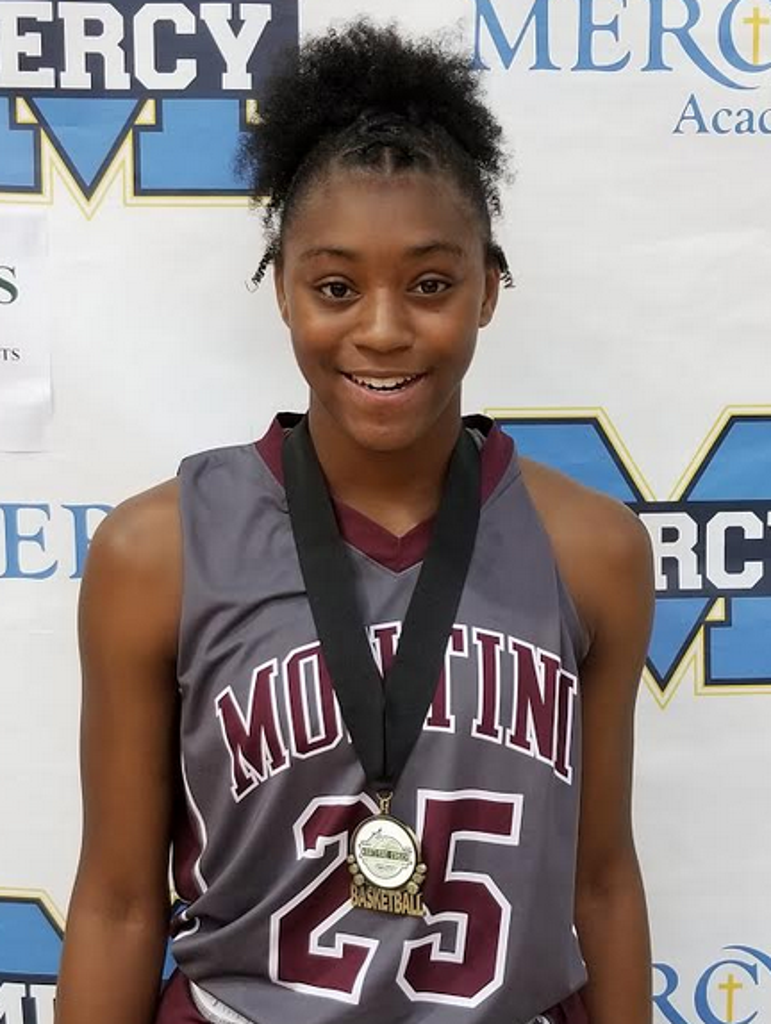 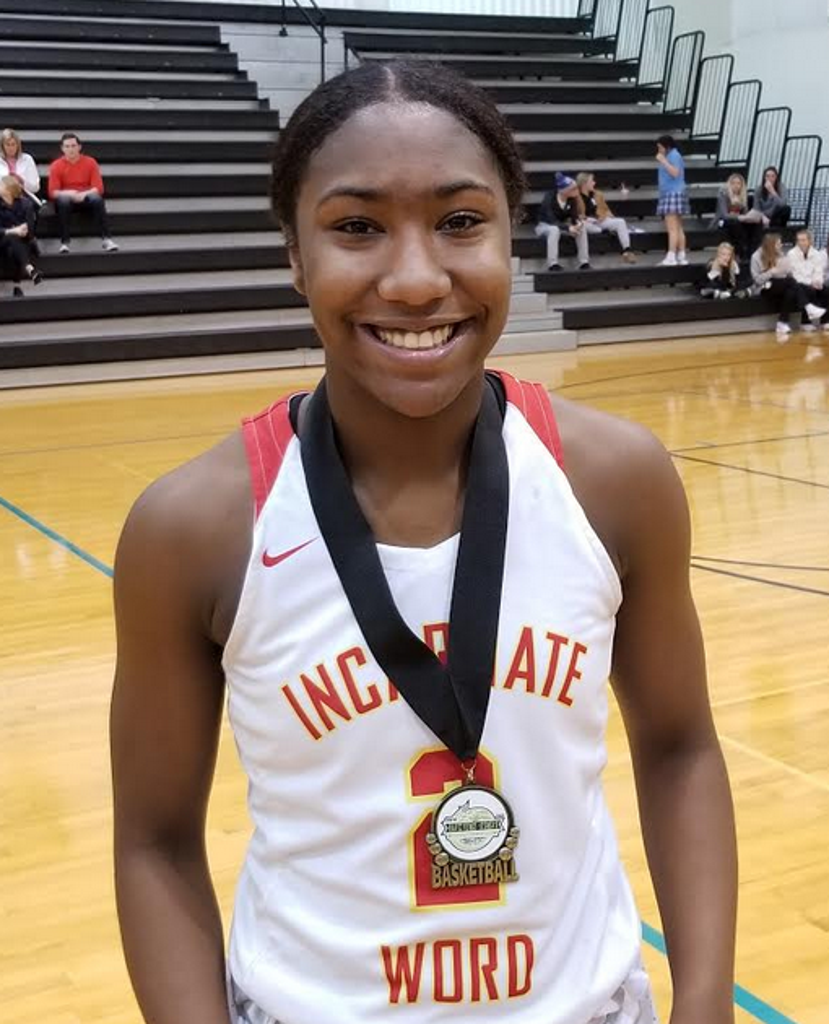 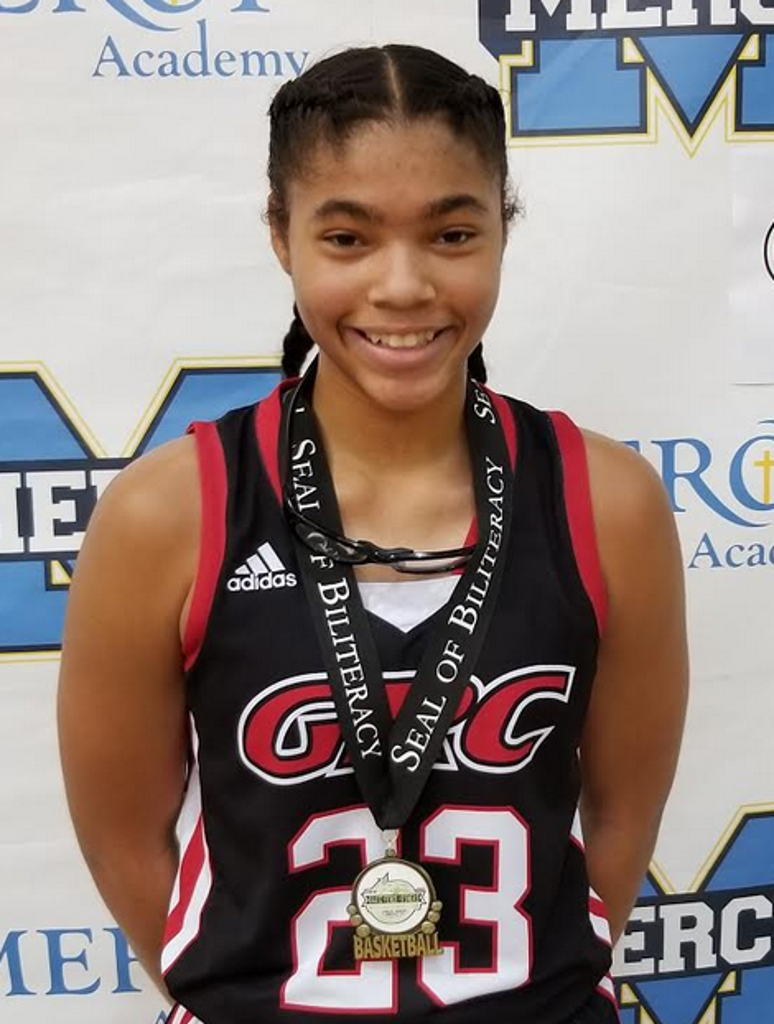