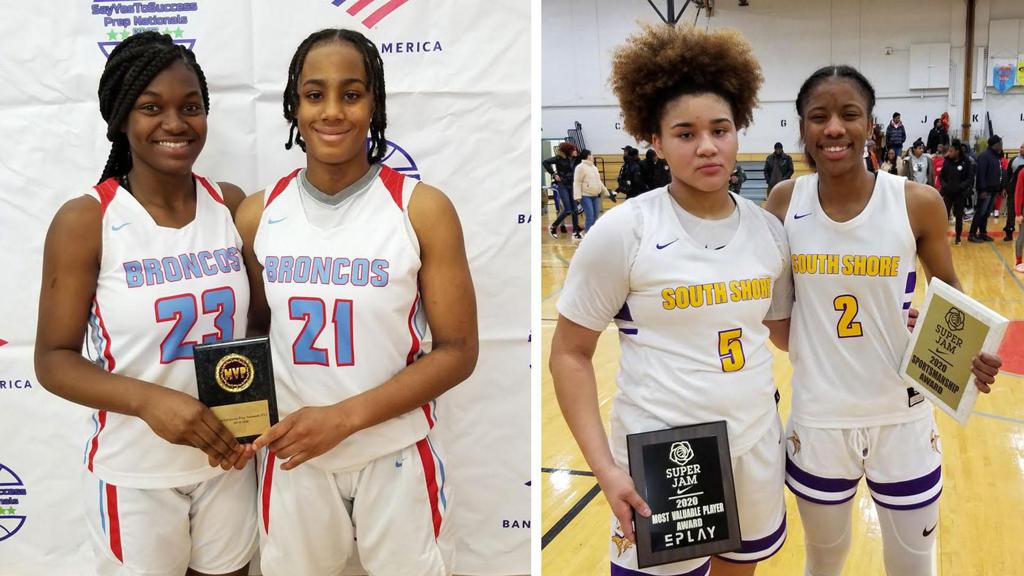 Sometimes, history does repeat itself. Unfortunately, as in 2019, inclement weather forced cancellations and repeated re-shuffling of scheduled games. A power outage at the playing site even knocked out the last day of play at SayYesToSuccess while the Rose Classic Super Jam did make it through all four days of its calendar be it with changed pairings.

In spite of everything, both events offered up plenty of talent (some discussed below) for the 50+ colleges which attended one or more days of these contests. With the venues about an hour apart, numerous coaches attended parts of “Rose” and “SayYes” on the same day or on a  separate day. As in 2019, sadly, several anticipated high level match-ups had to be replaced by less desirable ones.

This year marked the 18th edition for the Rose Classic Super Jam sponsored by NIKE and presented by Dean Kids, Inc. SayYesToSuccess was in its 5th year presented by Basketball Wall Street.

Present from the MaxPreps Xcellent 25 national rankings were Hamilton Heights, Long Island Lutheran and South Shore High School. All won contests played and even if close at times, none appeared in danger of losing near the end of the game.

I am the “modified coach.”

After one contest, I met a fan of one school from Upstate New York (north of the five Boroughs of New York City). I asked if she was a parent of one of the players. “No.” she answered. “I am the modified coach.”

“What’s that?” I said. It turns out in in areas of Upstate New York and Long Island, “modified coach” is what most of the rest of the USA would refer to a “middle school” or “junior high school coach.”

While at these two New York City-based events, I got a quick but enlightening lessen in why I have always considered metro NYC (not neighboring New Jersey) to be (in my opinion) an under-producing girls basketball area for such a massive population. From what I learned on this trip, the majority of Division 1 level prospects may play in New York City but if you checked their basketball roots, only Staten Island (part of NYC but closer to New Jersey in distance and basketball temperament) produces its share of players. The other hot beds are Westchester County (just north of the NYC proper and Long Island (east of the Borough of Queens). The New York City Boroughs of Bronx, Brooklyn, Manhattan and Queens have huge populations but produce fewer players in this sport than one might expect due to the economics. In metro New York, the sport is more suburban than city.

Looking at some of the individual talent viewed in alphabetical order with height, position and school within graduation year. State is in parenthesis.

Many others could have been discussed with several left out as they have been written about in recent articles during this high school season. All are Division 1 prospects at some level.

Signed with Ohio State, Poole can play either guard slot. She can hit the three (four in the 57-50 win over Bishop Loughlin of New York), pass it with gusto and attack the basket. Most impressive in this 20 point outing was that she played harder than in a few viewings during this past summer’s club season.

Signed with Delaware, Skinner has fine speed with the ball. She posted 19 points and handed out four assists in her team’s 80-59 loss to Niagara Prep.

Signed with VCU, Te-Biasu is a lead guard with good speed but also three-point stroke (three in win versus TPLS). She posted 15 points in this contest.

Signed with St. John’s, Williams hit the glass playing hard. She posted 12 points in the win over Bishop Loughlin, mostly via driving the baseline or converting offensive rebounds.

A high major post prospect, Akunwafo scores near the rim (18 points in win over Gill St. Bernards) but has some polished moves in doing so. Not surprising for her size, she hits the glass and can block shots. A major plus is that she runs well.

A good athlete playing hard, Belcher can get to the rim and elevates once there. She led her team with 18 points in a 63-50 win over Life Center (New Jersey).

Day-Wilson has Power 5 level talent as a lead guard. She handles well, shoot on the perimeter and can drive to the rim. She posted 15 points in the 61-55 win over Putnam Science Academy. At this event, her decisions were better than during several viewings earlier this season.

Dwyer shows good speed in attacking the rim willing to dish off to open teammates. She is not shy to tackle the toughest defensive assignments. Word in the gym is that she has Power 5 offers.

Fontenelle-Posson has to do a lot for her team helping to bring the ball up the court and score as possible. She is a good passer and can score at all three levels but needs to be more consistent game to game.

A decent athlete, Harris can hit the mid-range or three off the bounce. She has a nice spin move but at times left hand dribble appears to need to get stronger. She posted 28 points in a 91-43 win over Oceanside (NY).

In talking to Hough, she has no D1 offers (maybe no offers period). Yes, she is a bit small and a decent but not special athlete. Still, somebody needs to wake up here! Hough can handle and distribute like a point guard but also score via the drive, mid-range perimeter shot and the three. She posted 26 points (four 3’s) in her team’s 52-49 win versus Capital Christian (MD). Having seen her a few times now, solid performances are a regular for this lead guard.

Twins Sophie and Lilly led their team to two wins over bigger schools for the reigning NY State Class C champions (next to smallest-sized schools). Sophie is the more versatile of the two distributing from the point but also scoring from the perimeter or driving left or right. Lilly can shoot the three but also looks to drive going right. Both could still get stronger physically. 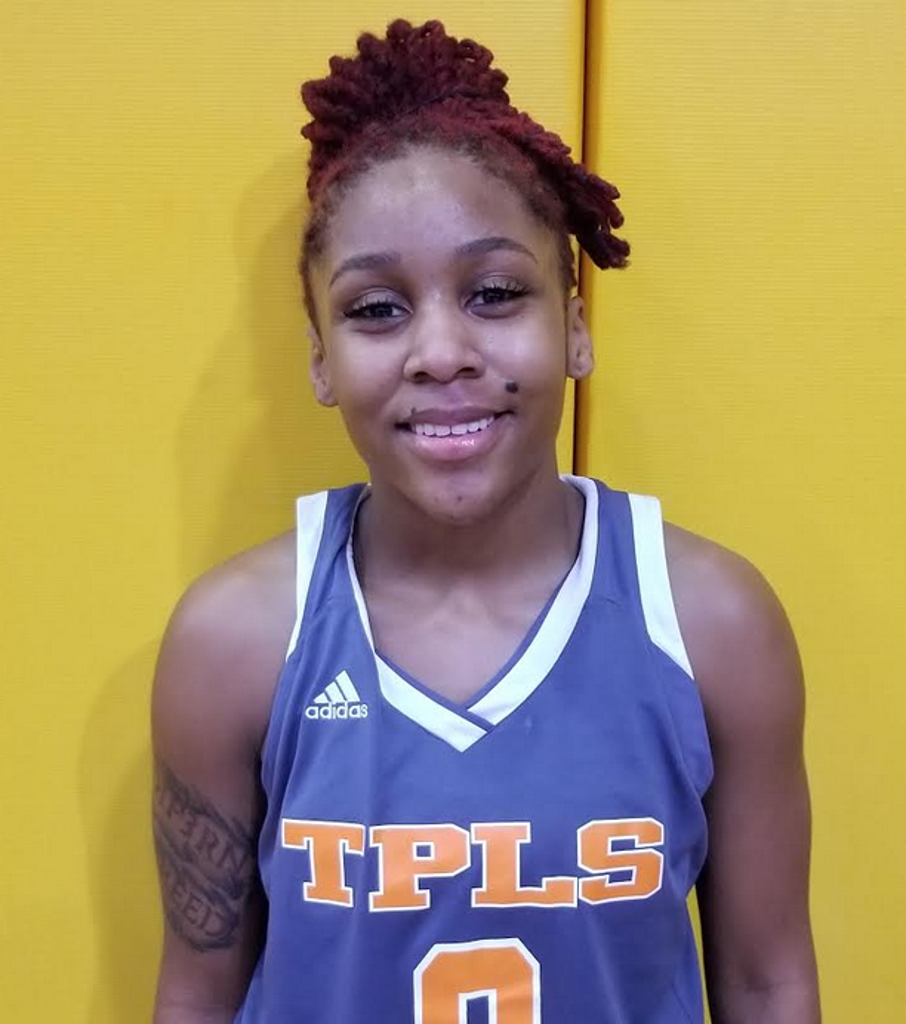 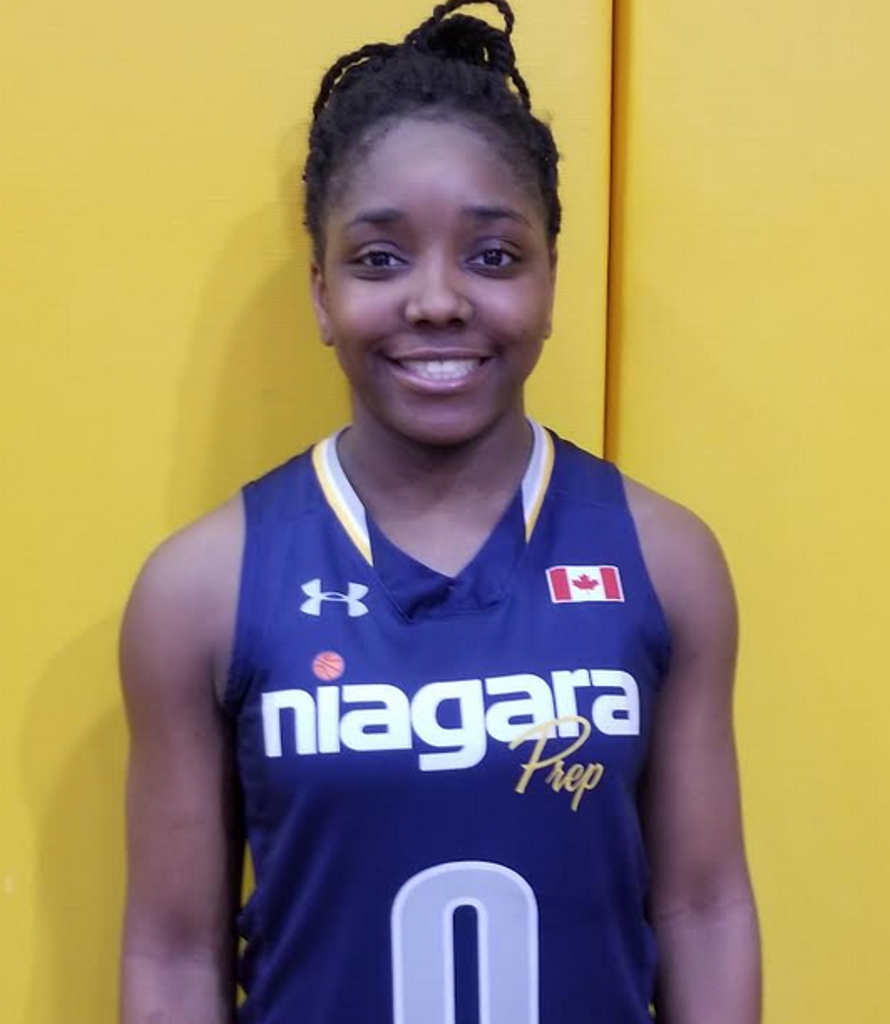 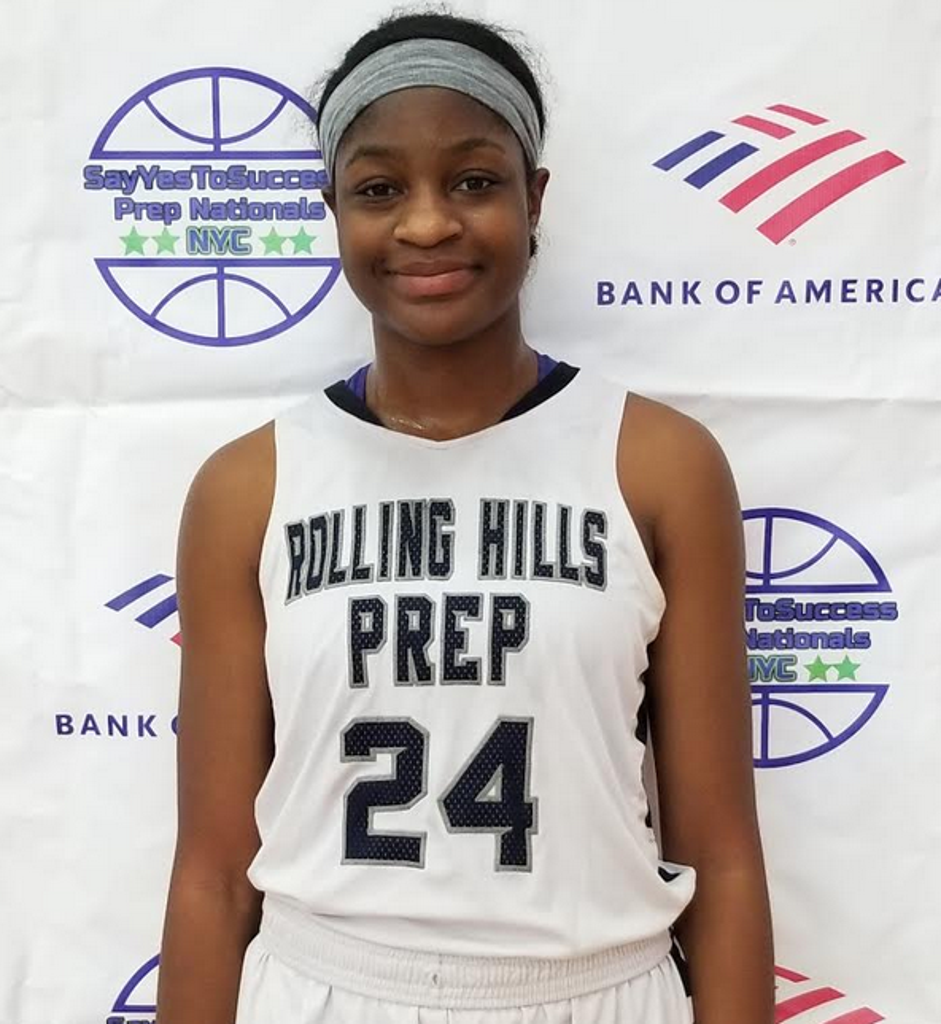 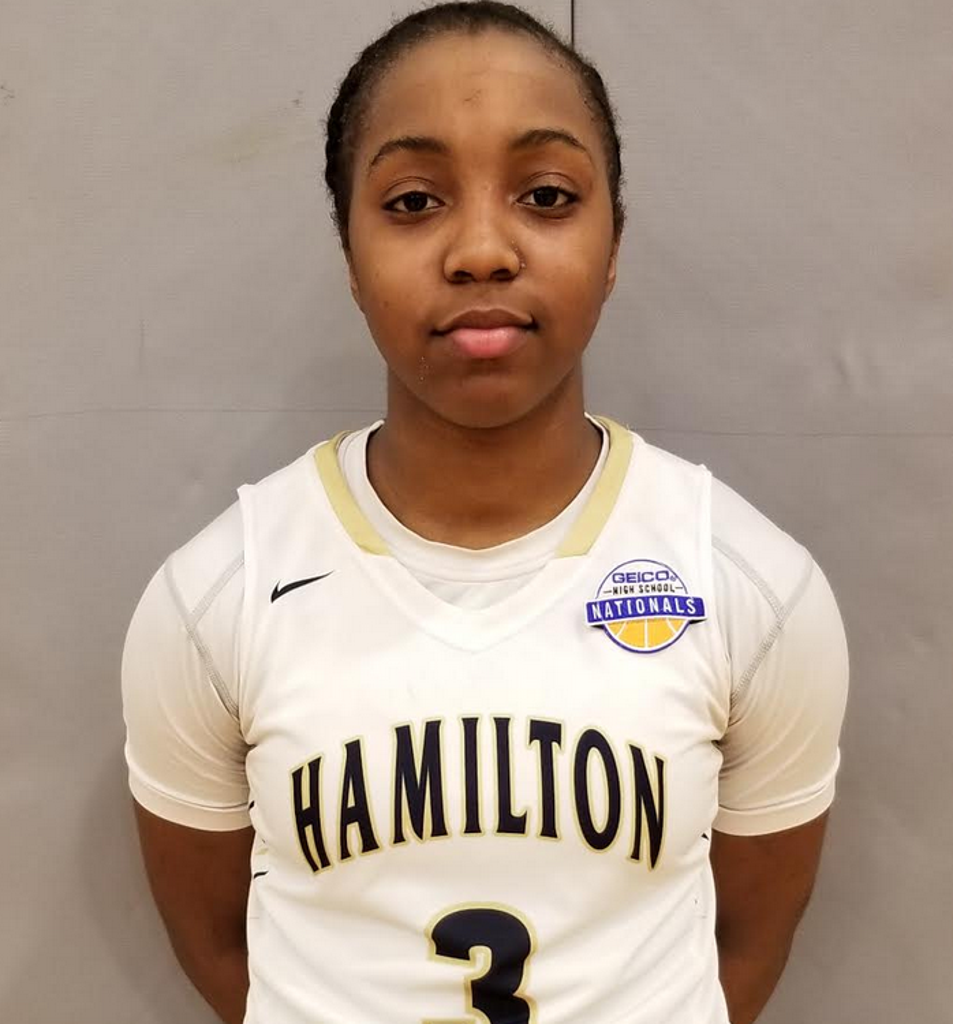 From Lithuania, this tall player appears to be coming along on a team loaded with talent. She showed a nice spin move and face-up stroke in posting 10 points in her team’s 68-40 win over St. Laurent.

A finesse player, Walsh is skilled around the basket but she seems to prefer to step out to the perimeter to face up there. She posted 19 points in the loss to Rolling Hills. Power 5 schools appear to be interested.

Win or lose, Allana gives you a good effort seemingly appearing in not-stop motion. She posted 13 points (three triples) in the loss to Long Island Lutheran.

Blaylock’s calling cards appear to be speed to the rim and good quickness on defense. She posted 17 points in a 52-42 win over Guilderland.

Jackson is another player with good basketball genes as her mother player in the WNBA. She has a strong physical presence able to attack the basket with force. She is also willing to go inside and post up. Defensively she showed a shot blocking ability above what could be expected for her size. She should be getting Power 5 looks.

Legions has decent handles and can get to the rim but she also has a nice perimeter stroke to beyond the arc. She posted 11 points in the win over Guilderland.

A good athlete, Leonard can shoot off the bounce or catch, hitting five three’s (29 points) in the win over Oceanside. At the rim, she can finish left or right. Power 5 programs should be monitoring her maturation.

Word in the gym was that this player has Power 5 offers. Given her combination of decent athleticism, attacking ability, passing skill and perimeter stroke that does not seem surprising in spite of posting just 12 points in the win over Life Center.

Morris showed some fine skills in posting 23 points in a 53-49 win over Grand Street Campus. A lefty, she can get to the rim and shoot the three (four in this contest). She also appears to have good court vision. As of the contest, her team was undefeated. Power 5 programs should be monitoring this prospect.

Owen shows nice variety in her game. She sees the floor having good basketball IQ, has a nice perimeter stroke and can attack the basket some. She posted 13 points in the loss to Sidwell Friends.

Pissott posted seven three’s shooting off the catch in a 70-43 win over St. John’s Prep (NY). She runs well and is an above average passer. She needs to get stronger and improve her dribbling skills as she appears to be a perimeter player with size. Word in the gym was she has Power 5 offers.

Donovan continues to mature physically showing elite athleticism. She posted 19 points getting to the rim or making stick-backs. Add more range should be a priority for this young Power 5 prospect.

Kane is an athletic power guard with a young game. She does an excellent job entering the ball into the post (somewhat of a lost art) and has good court vision in general. Adding some shooting range may be something to work on.

Moreno appeared to be Baldwin’s best player in its 67-61 triple overtime loss to Cambridge Central scoring 22 points in the contest. Right-handed, she appeared to want to drive left (taking contact well) as her favorite move. Adding some shooting range should be a priority.

With a good medium-solid frame, Sundback showed an ability to shoot off the bounce or catch. She has above average passing ability. While her game is still young, word in the gym is that she has Power 5 interest.

Late on Sunday afternoon, several college coaches were eagerly heading for the exists not realizing a potential Power 5 center was about to take the court. Granted, Taylor’s game is still young and is physically a bit thin. However, she runs like the wind and her hands are already strong in securing rebounds. While she showed no range, her touch around the basket seemed better than most her age. It will be a surprise if this player is not considered one of the top post prospects in the 2023 class before she finishes high school. 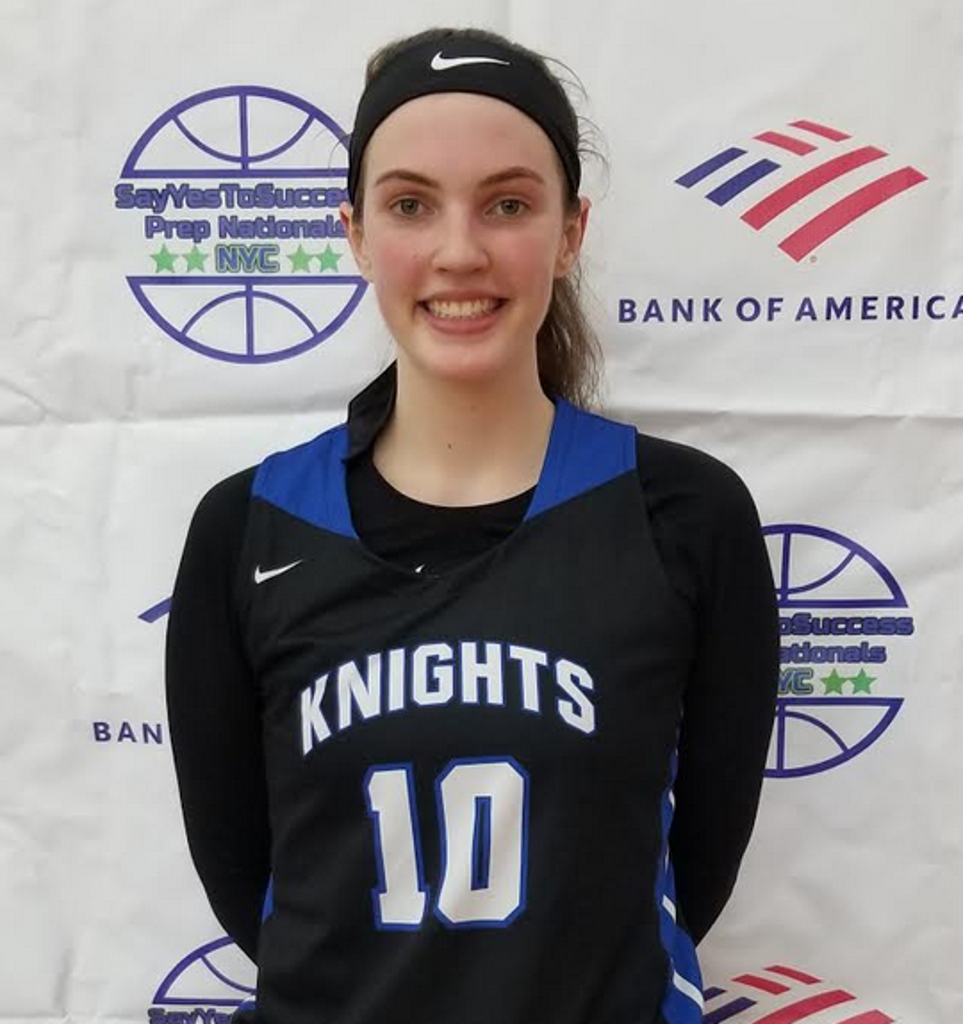 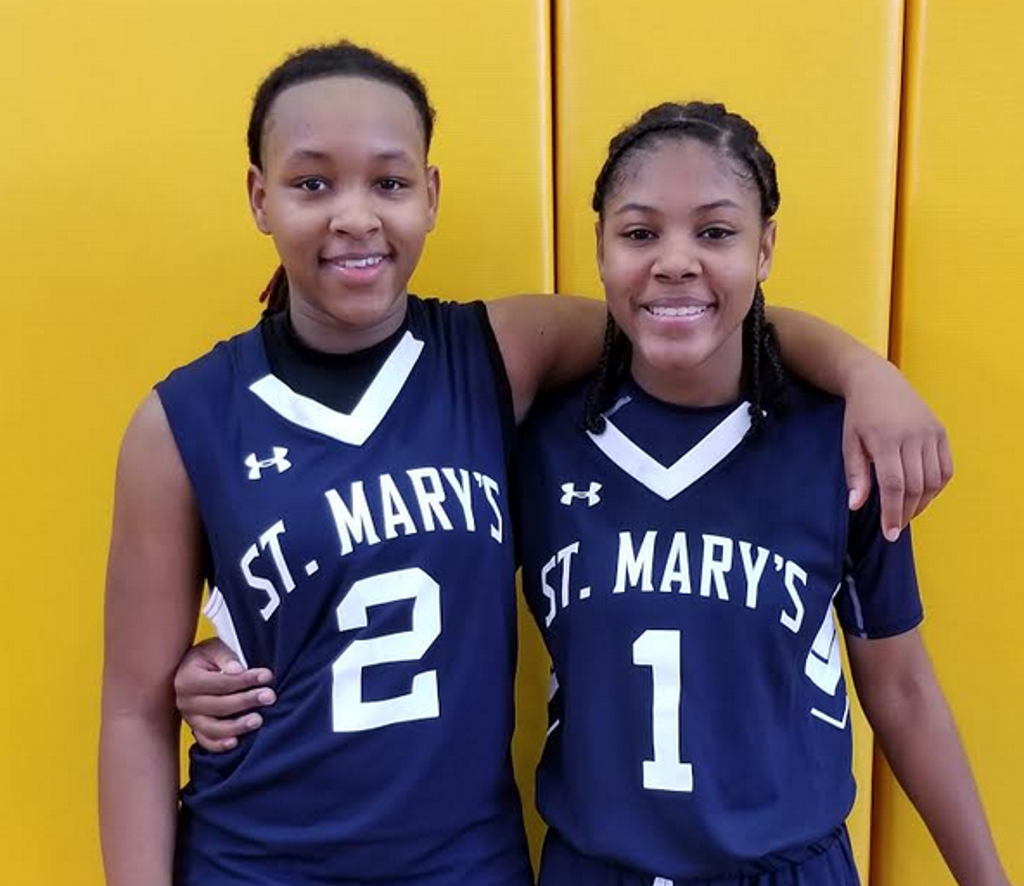 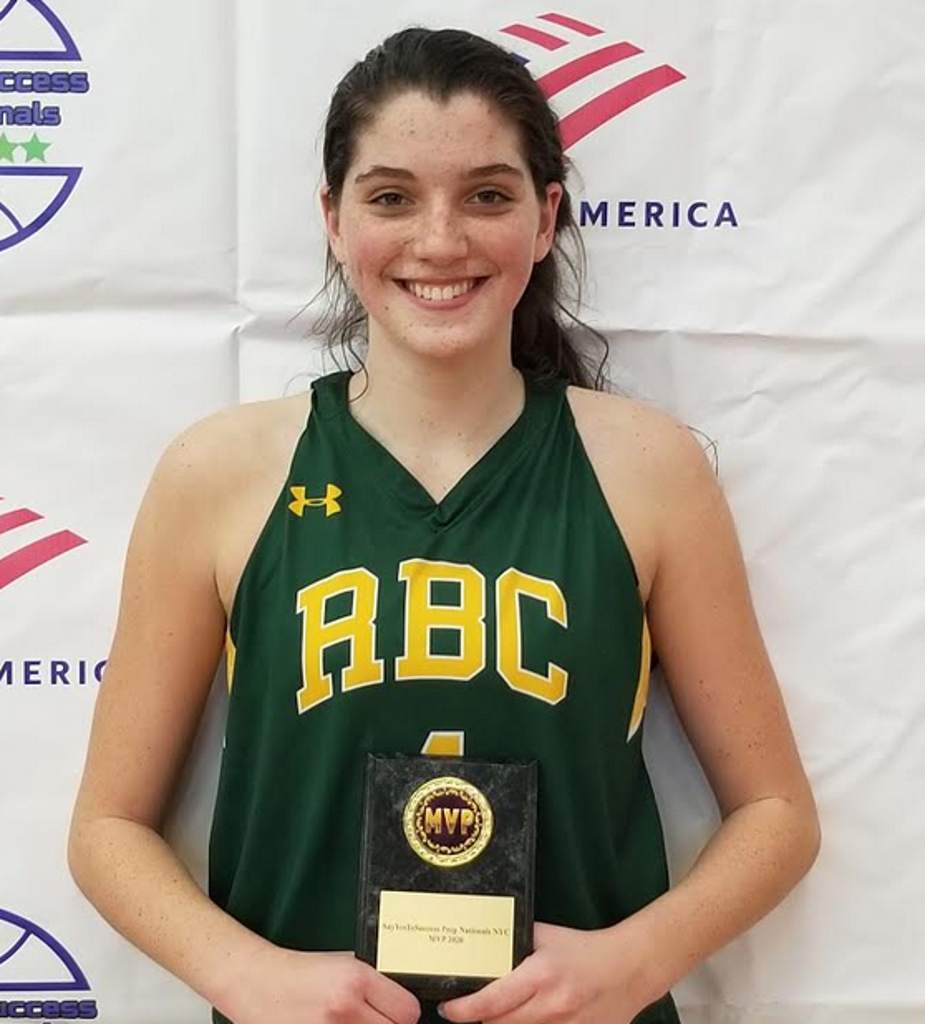 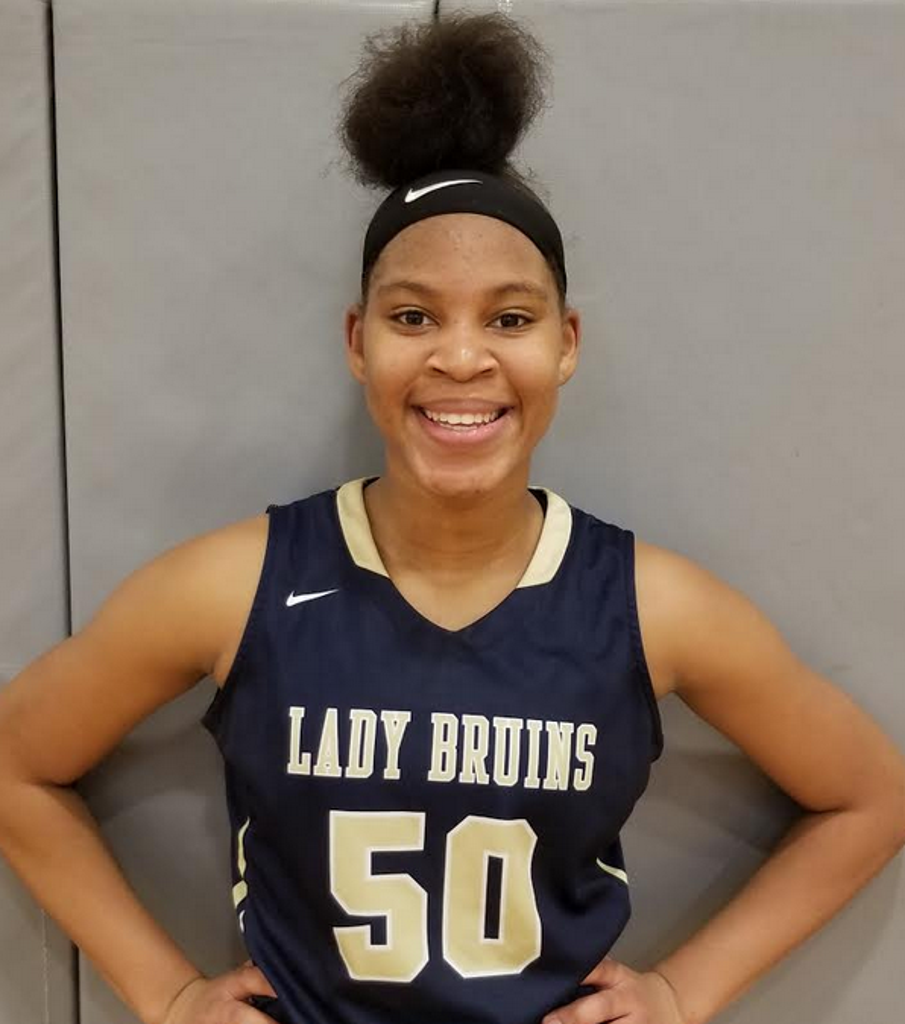 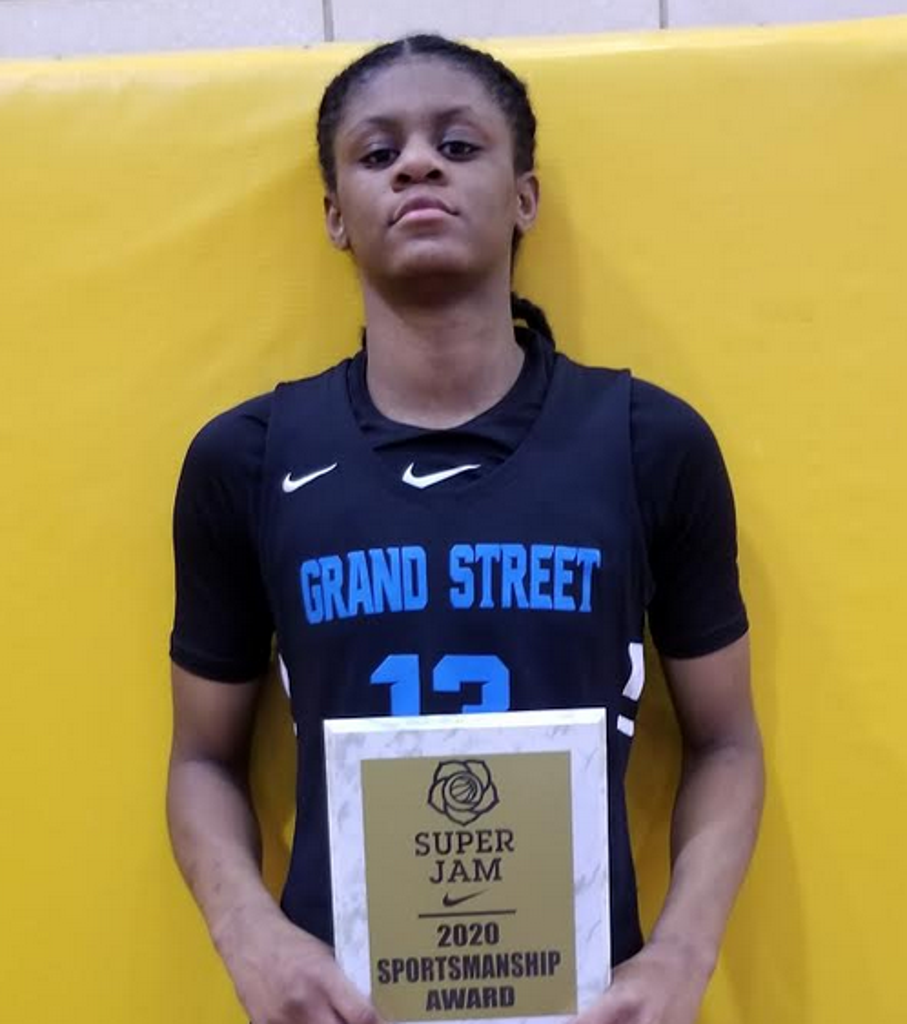