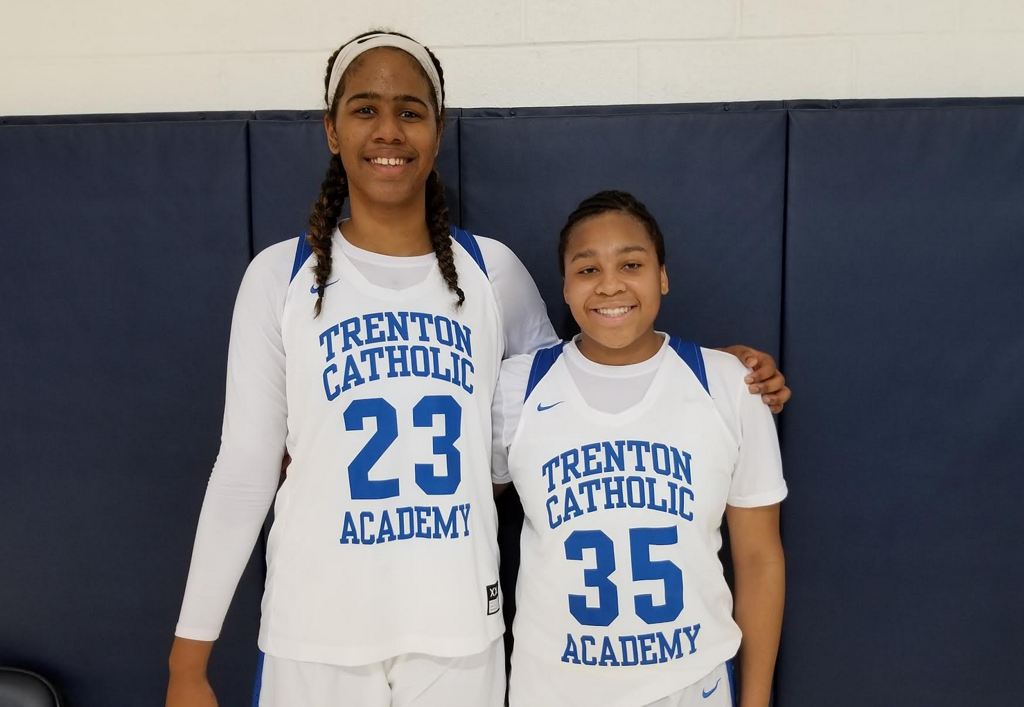 On January 5, 2020, Blue Star put its 13 th annual Blue Star Elite Invitational High School Tournament on display at Thomas Jefferson University in Philadelphia, Pennsylvania. A total of 50 college (mostly NCAA Division 1 but a larger percentage of non-division 1 colleges than in some other showcase events this fall and winter) and 17 media representatives attended the one-day event. There were 16 games (32 teams) starting at 9am running until past 9pm on two adjoining courts. This made for what several observers (including this one) thought was the single best day of girls’ high school basketball this season.

Ten of the teams (coming from New York down to northern Virginia) are or have been ranked in one or more national high school poll. Division 1 level talent from Power 5 level down began with game one and kept coming and coming right to the conclusion of competition. There was no time to take a game slot (1 ½ hours) off and not miss significant talent or a competitive contest. While no pairing seemed wrong in retrospect, some games ended with double digit margins. Still others went to down to the buzzer or into overtime.

Before looking at events and talent of the day, a sad announcement…

According to several unconfirmed reports, USA Today has ceased its ongoing prep coverage as of approximately December 20, 2019. This corresponds to the fact that the dedicated prep page (still online) has had no new story or rankings since that date. Given the cutbacks in recent years involving print media, this is sad but not shocking as each publication has to decide where to spend its resources to attract the most viewership.

For the vast majority of the American sports public, USA Today has for decades been the most followed source for printed information regarding a wide variety of coverage of high school sports nationally from “king” football and down. Over the years, while one may have disagreed with its choice of teams and players to recognize for honors, it helped keep the female side of prep basketball in the public eye on an ongoing basis during the high school season. This leaves Blue Star Media, espnW 25 Power Rankings and the MaxPreps Xcellent 25 as the three remaining national polls for girls’ high school basketball. With all strictly online, sadly none penetrate to the same level of audience that USA Today (print and online) did and still could. One can assume USA Today will, as it sees fit, have prep-related articles but the varied, ongoing national coverage appears gone for now.

Brief looks at top match-ups of the day from a national viewpoint:

This game pitted one of New Jersey’s best (undefeated as of this contest) versus nationally ranked St. Frances. The game was competitive but the team from Baltimore remained on top over the course of the contest thanks to better control of the paint.

In the week prior to this contest, Paul VI had been ranked top five nationally. After this loss and one two days earlier to Bishop McNamara, the Virginia-based squad has fallen from that lofty perch. In this contest, Lu Hi (as the Long Island-based team is often referred to) jumped out to a double-digit lead which was never really threatened as to losing in spite of multiple Paul VI runs cutting the lead to single digits. Undefeated Long Island Lutheran now has to be considered top 10 nationally.

Bishop McNamara ran out to a 22-4 opening quarter lead and never lost control. The biggest difference here was that previously undefeated Trenton Catholic had not played a national level power like Bishop McNamara. Also, two of the Trenton Power 5 level prospects are just freshmen as compared to the more experienced Bishop McNamara talent. This win should look good on the McNamara resume as Trenton Catholic has a very strong squad and should, with more experience during the next few months, challenge to be the best in New Jersey in March.

This was the shocker of the day. Nationally ranked Riverdale Baptist appeared to have all the trump cards (experience, size, athleticism, talent) on its side but trailed 16-3 after one quarter. For the rest of the game, it was playing catch-up. In spite of intense efforts and being the better team the test of the game, the team from the DC suburbs could get no closer than the final score. Perennially strong in the Garden State, St. John Vianney has to again be considered one of New Jersey’s best this year.

This match-up pitted the talented and experienced St. Rose versus the young guns (key players 9th and 10th graders) of Sidwell Friends that should be a national power over the next few years. The game saw Sidwell up 32-27 at half breaking the game open in quarter three which ended with a 66-44 Sidwell lead. The story was Kiki Rice (see below) in charge with 42 points for the contest. Brynn Farrell (see below) tried to keep St. Rose close with 31 points but on volume shooting.

This contest was designed to feature a match-up between two (both recently profiled in recent articles on this site) of the top point guards in US prep basketball in Blair’s Olivia Miles (5-11, 2021) and Neumann-Goretti’s Diamond Johnson (5-6, 2020, Rutgers signee). Johnson scored 40 points in a losing effort but Miles just had more help.

Coming in Archbishop Wood was a slight favorite in this battle of two of Pennsylvania’s best teams both of whom were ranked nationally earlier this season. As Pennsylvania is designed in this sport, these teams would not meet at all except for this contest. Wood’s edge was that it is considered a more physical team while Germantown’s edge was greater depth hampered here with one starter out for this contest. Wood led 20-7, 31-25 and 46-38 as each of the first three periods ended. Germantown Academy got no closer than the final margin. Germantown was led by Jaye Haynes (5-9, 2020, LaSalle signee) with 22 points while Archbishop Wood was led by Ryanne Allen (6-1, 2022) with 16 points (earning game MVP honors). Both players were profiled in recent articles on this site.

Looking at some of the individual talent in alphabetical order with height, position and school within graduation year. Location of school is in parenthesis. All players discussed below should be considered as prospects of some level of NCAA Division 1. Please note that some players who performed well but were written about in covering other events this high school season were not profiled below.

Signed with Florida, Farrell has a refuse-to-lose attitude. While she can hit the three, attacking the basket (sometimes with a spin) is option one. In the loss versus Sidwell Friends, she posted 31 points.

Having seen several of Bishop Mc’s games this season, Scott (signed with Ole Miss) has been up and down by the standards of an All American candidate. In this contest, Scott’s play was outstanding. She scored 18 points but her facilitating her teammates to score, rebounding and defense made the performance worthy of special mention.

Agile and athletic, Dalce looks to score in the paint near the basket. She also hits the boards hard. Scoring 18 points in a 32-31 loss to St. John’s College, she still received the player of the game award.

Fudd is just returning from an ACL tear this past spring. Having received a number of national high school player-of-the-year awards for 2018-2019, Fudd’s stroke looks a fine as ever (12 points in the win versus Rutgers Prep) but her movement is not yet up to speed. Slow and steady should be the plan for recovery!

An athletic lefty, Power 5 coaches were sitting on her game. Option one appears to be attacking the basket maintaining good body control in doing so. She led her team with 16 points in a 55-46 loss to Spring-Ford.

Olsen put on a show in scoring 25 points in her team’s win over West Catholic gaining player-of-the-game honors. At times, it appeared she drove through the entire opposing team to get to the rim finishing in traffic. She moves well without the ball and makes good decisions as to when to attack. Adding some shooting range might raise her recruiting stock. 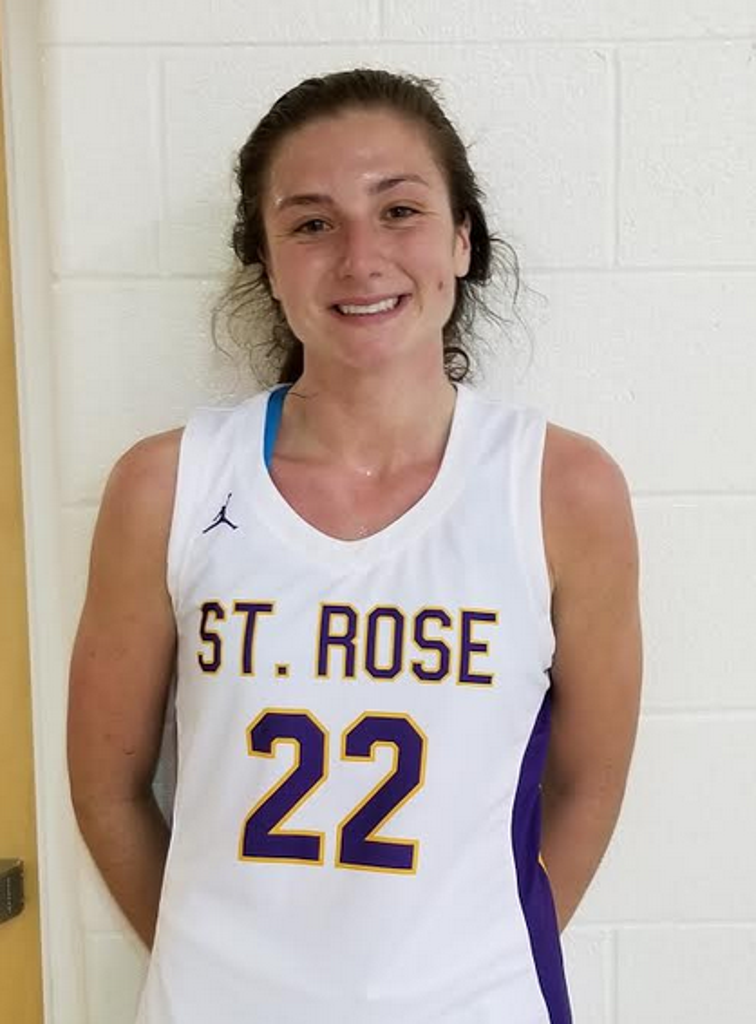 Robinson showed that she can create mid-range shots off the bounce. Her 12-point effort helped her team to a 55-43 win over Upper Dublin High School (PA) and earned player-of-the-game award. Power 5 schools should be monitoring this player’s progress.

Brown is more of a role player on a talented Riverdale Baptist team. Yet if you watch carefully, you see Power 5 potential in her length and developing skills in a modestly athletic body. In spots, she showed both driving and perimeter shooting ability while quietly posting 11 points in the loss to St. John Vianney.

Rice was recently profiled on the site. However, a 42-point performance in her team’s win over St. Rose deserves special recognition. While running her team’s offense, she hit all kinds of shots and was deadly from the foul line.

Tipping at 9:15am, this was not expected (coffee break?) to be that special a contest as the unheralded Pennsbury was playing Archbishop Carroll recognized as one of the better teams in Philadelphia. Instead, this was a gem of a game as Pennsbury turned around a 42-37 deficit entering the last quarter winning 51-49. One of the main reasons was the play of Sciolla. She helped run the offense showing some nice passing skills and also attacked off the bounce, finishing in traffic. Her 19-point effort earned her player-of-the game. Power 5 programs should be monitoring her maturation.

A decent athlete, St. Rose understands what it takes to win a game. She kept her team on course handling the ball and posted 17 points in one of the upsets of the day. Power 5 programs should be monitoring her maturation.

Brooks could best be described as a power guard using her strong build to absorb contact as she attacks the basket. She posted 10 points in the loss to Bishop McNamara. Word in the building was that Power 5 schools are already monitoring her development.

Del Rosario was one of the top prospects at the event. She is agile for her height and strong build. Her hands are good and she finished well in the lower paint. She posted 24 points in the loss to Bishop McNamara. If this showing is indicative, Del Rosario is one of the very top post prospects nationally in the 2023 class.

Thomas may not have had one of her best games at the event. Regardless, her mobility and coordination make her a name that should be on Power 5 radar for frontline help in the 2023 class.

Coming off the bench, Wilson moves well and showed some impressive skills (driving baseline, hitting a three, making foul shots, rebounding). She posted 10 points in her team’s loss to Pennsbury. Her maturation should be monitored from the Power 5 level down. 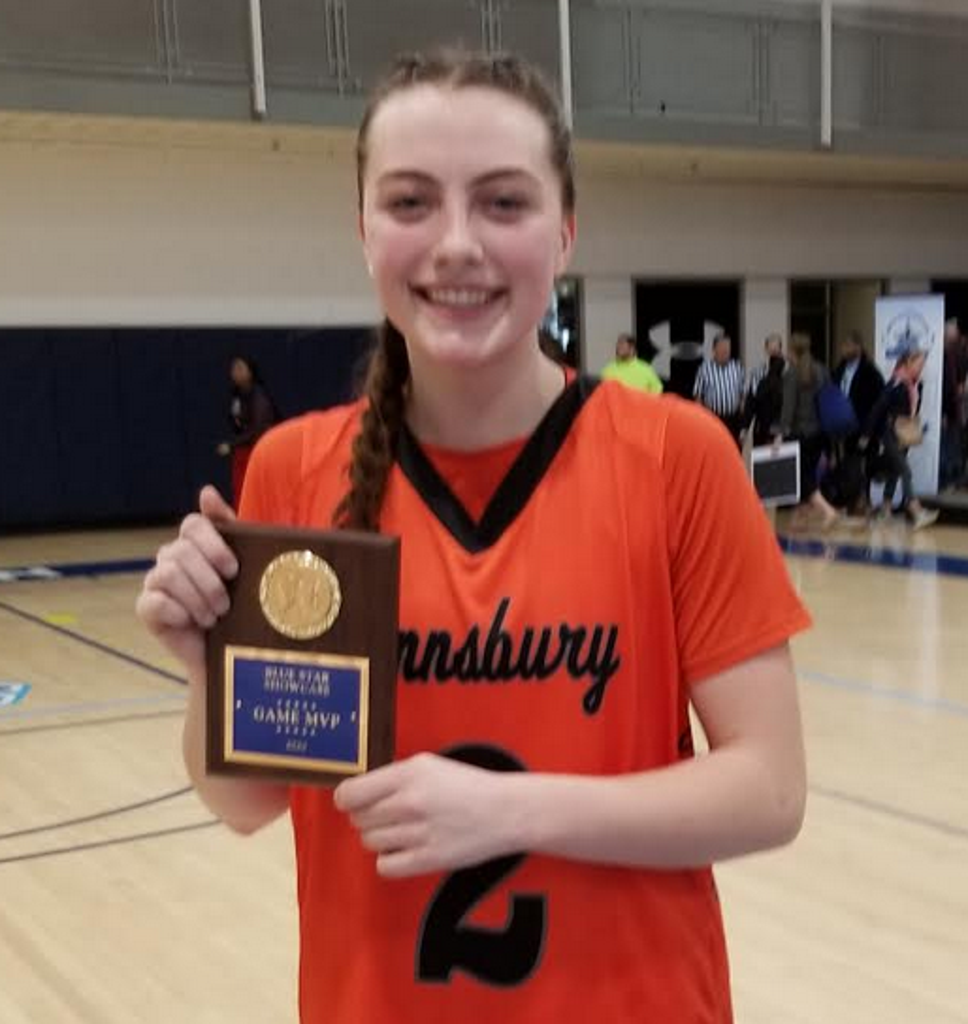 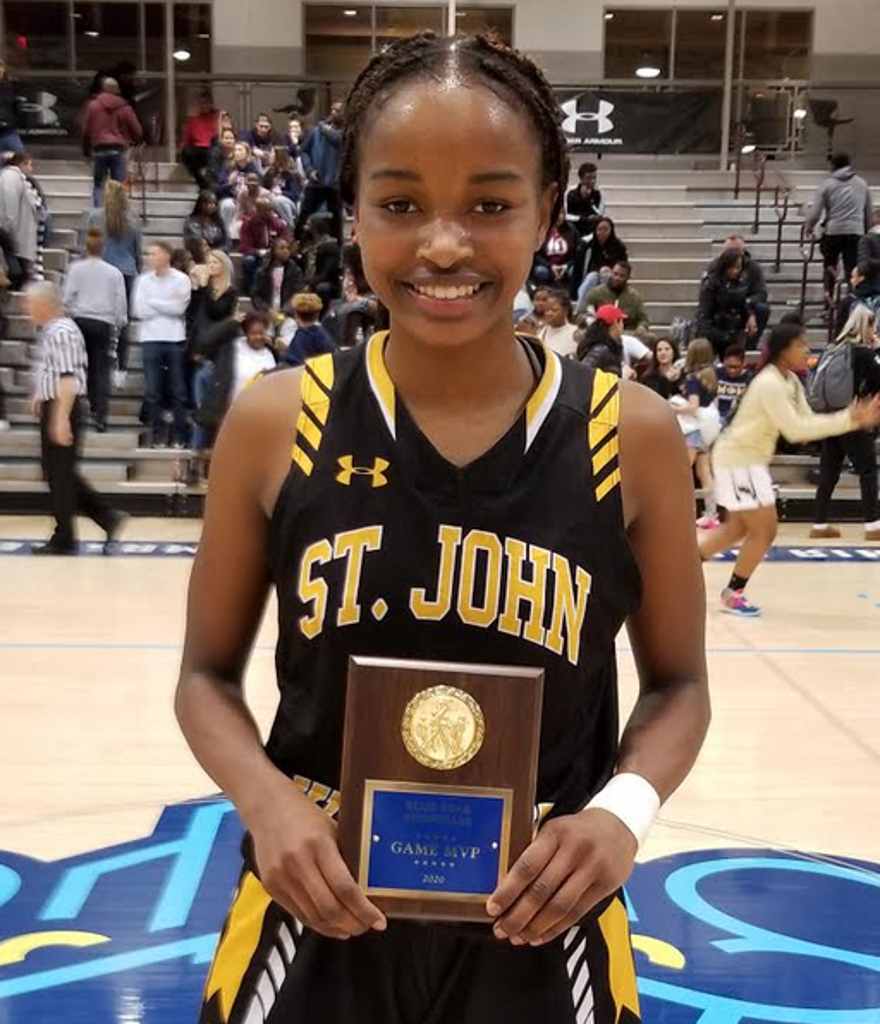