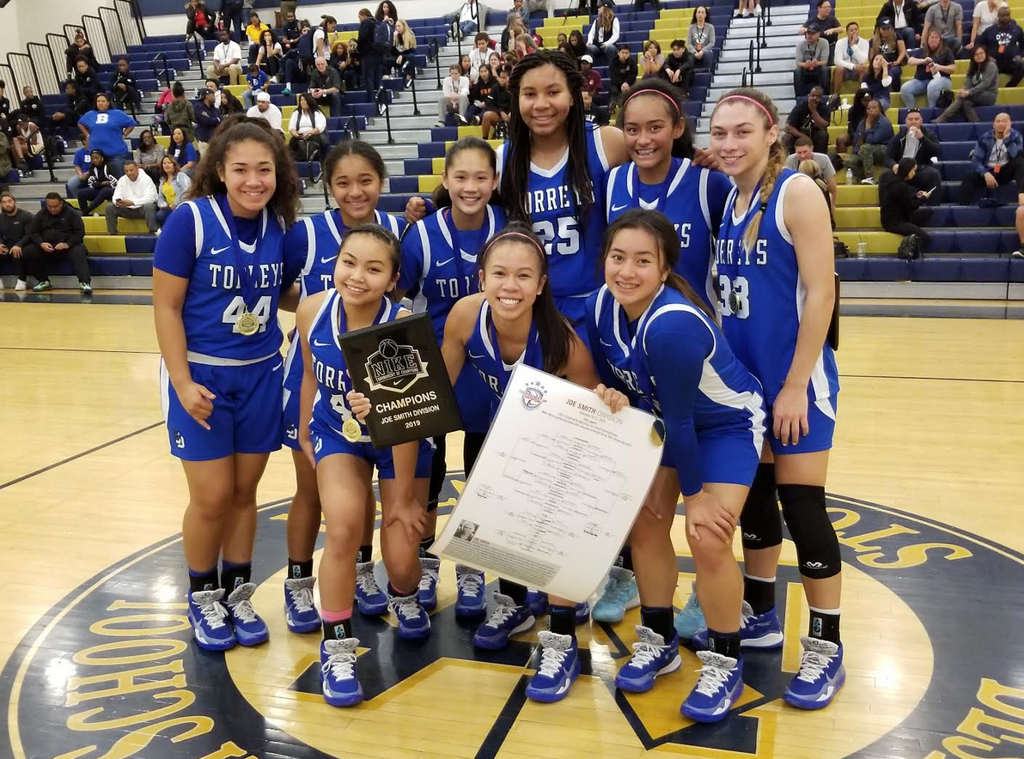 The first two above divisions were comprised of 16 teams playing four games.   The sites for the three above divisions were Desert Vista High School and Mountain Pointe High School in Phoenix, Arizona. Four lower divisions were played at these and other nearby high school venues with all games taking place between December 18-21, 2019. In its twenty-third annual addition, Tournament of Champions showcases top flight girls high school basketball action. Approximately 160 college coaches (mostly NCAA Division 1) from all over the country attended one or more days of the event which has NIKE as the presenting sponsor.

Taking a look at the action in the final…

Before getting into the game, let us note that this was one of the rare (if not the first) times that two female coaches (here Terry Bamford of LJCDS and Alicia Komaki of Sierra Canyon) have met in the final of top division of the NIKE TOC.

In some ways this game typified this year’s Joe Smith Division action. In the opening round, a few teams that finished 1-3 almost beat teams going 3-1. So many games in the Smith Division were very competitive. In keeping with that, this game was decided in the last ten seconds.

The Joe Smith Division of the NIKE TOC is arguably the hardest test. in girls high school basketball with four tough games in four days. One consequence is often poor perimeter shooting and here we saw La Jolla’s shooters throw up first quarter blanks trailing 15-8 after one period. The second quarter saw Sierra Canyon throw up the blanks while Smith Division MVP Te-Hina Paopao (see below) posted all 11 of her first half points helping LJCDS to a 21-20 lead at the break. Sierra Canyon was more balanced with no player above five points in the half.

The third quarter ended 34 all as the Sierra Canyon perimeter offense was matched largely by LJCDS’s freshman post Breya Cunningham (see below) scoring near the rim. The lead was exchanged several times in the final stanza. With just over two minutes left, La Jolla led 40-39. Ironically it was the role players Alexis Mark (6-1, forward, 2020, of Sierra Canyon) and Jazzy Anousinh (5-7, guard, 2021, LJCDS) who exchanged the final four point of the game with Anousinh dropping in an unanswered running layup with about six seconds left.

Sierra Canyon was led by its star guards Ashley Chevalier (see below) and Vanessa De Jesus with 13 points each. In winning the contest, undefeated La Jolla Country Day made a strong case to be number 1 when each of the high school polls next comes out.

Below in alphabetical order (with listed height, graduation year and school) is the All-Tournament Team of the Joe Smith Division. Special thanks to Erik Boal, Clay Kallam, Shane Laflin and Dick Mateer who served with me on the all-tournament selections committee. 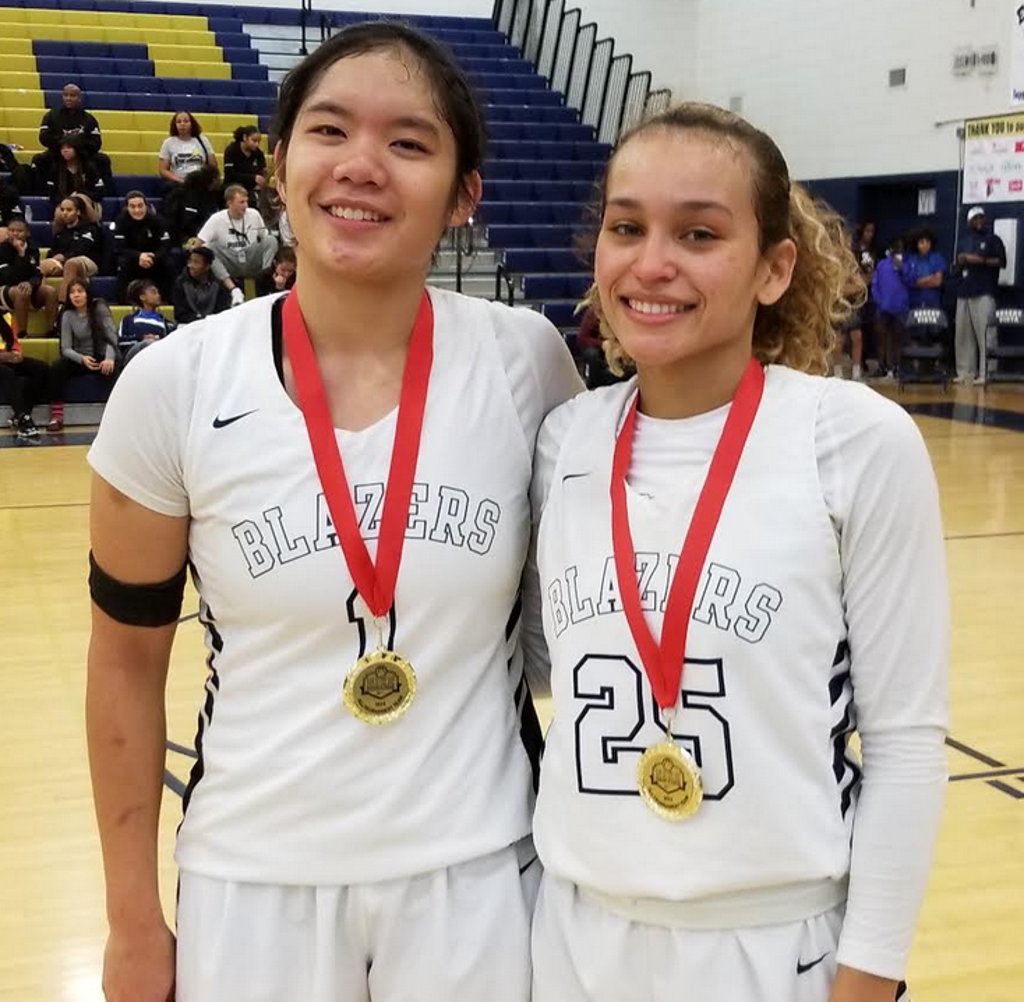 Allen was profiled in a recent piece on the She Got Game Classic DC. Here she helped her team go 2-2 with her inside/outside play.

A UC San Diego signee, Brown was a tireless rebounder for Centennial which went 1-3 with three of its games decided by five points total. She does her scoring near the rim.

A Texas signee, Chevalier is one half of one of the best current high school guard duos in the USA. A lefty, she helps with the ball handling, will shoot the three or attack primarily going left.

Cunningham is one of the top centers in the 2023 class. A strong rebounder with good hands, she scores near the rim. Improving her foul shooting should be a top priority. She was the unofficial MVP of the championship game with her 19 points and 10 rebounds. 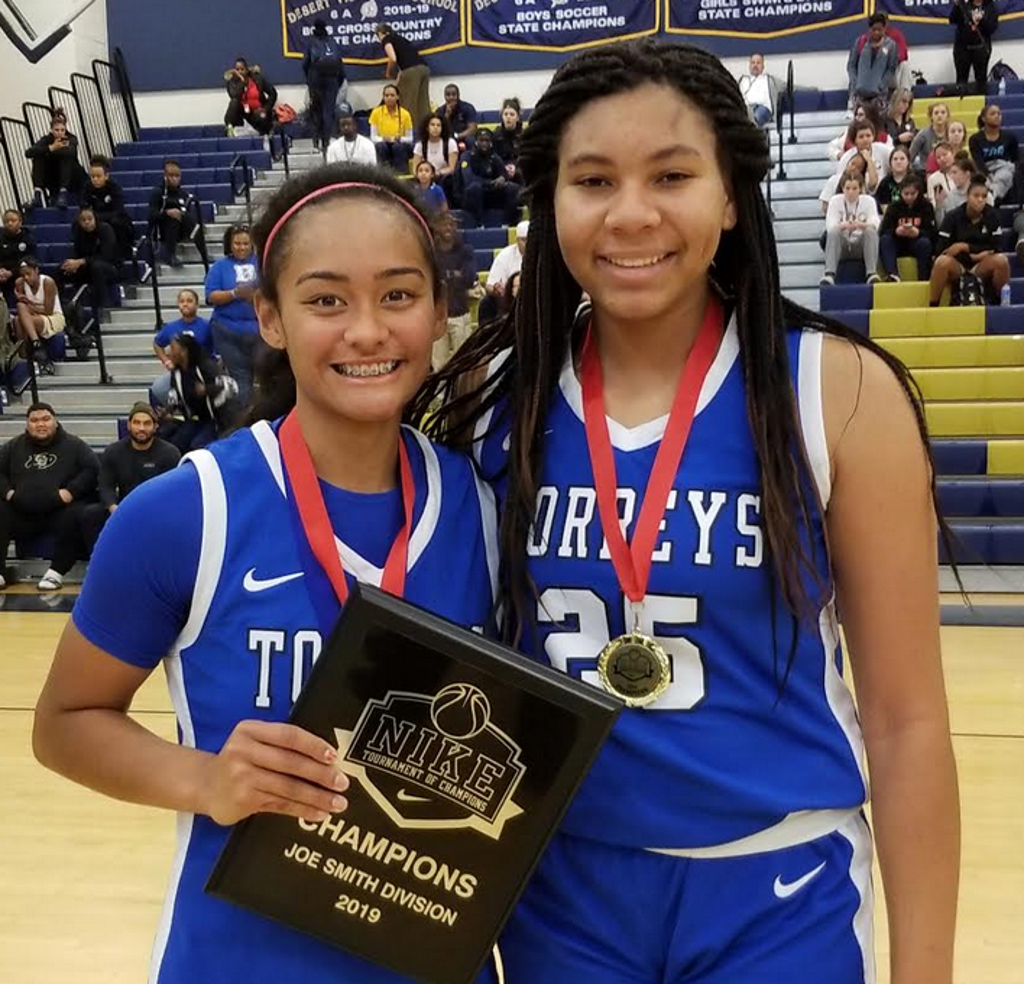 Curry may not be that well known outside Southern California butshe is very talented. Curry is athletic and has great range. While being her team’s primary ball handler, she posted eight threes’ in her team’s consolation final (went 3-1) win versus Grandview of Colorado. Power 5 programs should be monitoring this player.

A Duke signee, De Jesus is the other half of Sierra Canyon’s stellar guard duo. She has a sweet pull-up jumper and is capable of playing either guard slot.

Edwards was profiled in an article on the Michigan Mega Scrimmage. A Connecticut signee, she posted 33 points in her team’s (went 2-2) comeback win versus Centennial of Nevada. She can shoot mid-range or get to the rim. She is also a good passer.

An unsigned senior, Hiracki does a lot for her otherwise young team (went 2-2 in TOC). She helped with the ball handling and scored primarily on the perimeter shooting three’s, mid-range shots or getting out on the fast break.

A Boston College signee, this combo guard plays hard. She looks to attack the basket as scoring option one. Her play helped Riverdale Baptist to a 3-1 record at the event.

An unsigned senior, Lamb was her one of her team’s point guard but also contributed to scoring hitting three’s. Her play helped Poly to a 2-2 record in Arizona.

An Oregon signee, Paopao was the Smith Division MVP. She helps bring the ball up the court and scores via the three, pull-ups and attacking the rim. Perhaps her biggest game was a 25-point outing in a 62-54 semi-final win versus Archbishop Mitty (San Jose, California).

An unsigned senior, long-range shooter Pinnick had multiple three’s in several games in Arizona. Her play helped New Hope to a 5th place finish (3-1) in this division.