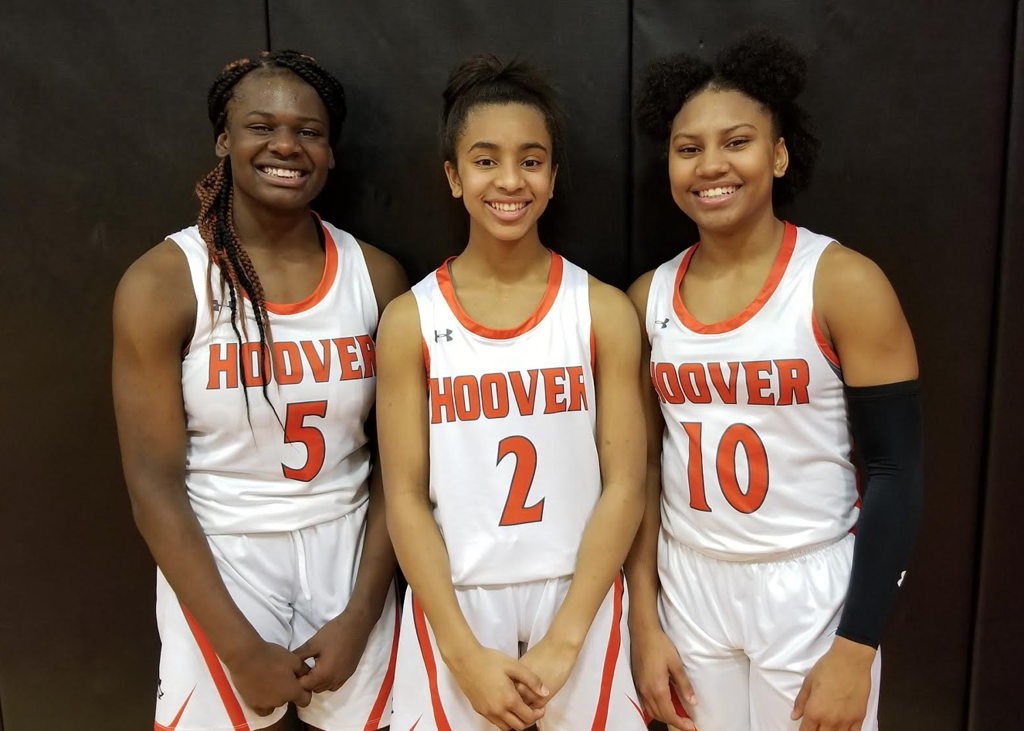 A total of 21 teams took to the courts at Hazel Green (north of Huntsville, Alabama) High School and Lee High School in Huntsville for the 2019 Balln Prep Thanksgiving Jamm presented by Prentice Beverly Basketball. As was the case at a few other events held on the November 29-30 weekend of Thanksgiving, college coaches’ attendance was low with just six (various levels from NCAA D1 to junior colleges) attending at least one day of these pre-set games.

Looking first at a few of the key match-ups…

Both teams have multiple future D1 players with Hoover’s key players younger on average. The game was close until the third quarter with the Alabama side just up 47-42 at half. The game was decided in quarter three where Hoover outscored the Georgia-based side 18 to 8 keyed by more active defense. Over the course of this contest, Hoover was tougher physically, played harder and got out more successfully on the fast break. Aniya Hubbard (see below) led Hoover with 30 points while Mia Moore (see below) led St. Francis with 27 points.

This was a battle of the walking wounded with Lovejoy down one currently injured Power 5 signee (Anaya Boyd, 6-0, guard, 2020, signed with Georgia Tech) and Riverdale without three starters gone for the year with the dreaded ACL injury. Lovejoy led 28-21 at half. Although Riverdale hung around in the second half, it never threatened to take the lead. Genesis Bryant led Lovejoy (undefeated through this contest) with 29 points while Alasia Hayes (see below) led perennial Tennessee power Riverdale (now with three losses which in some recent years that would be a couple of years’ worth) with 27 points. The difference was more help for the Lovejoy star.

This was perhaps the most entertaining contest of the event. Hazel Green is legendary as a giant killer in Alabama, regularly beating more talented teams. Its coach Tim Miller has won six Alabama state titles while coaching at three different schools. Here St. Francis came in with at least five future D1 (at least three Power 5 in the group) to Hazel Green’s one. Keys to success were control of the glass by Hazel Green star Farrah Pearson (led all scorers with 24 points), quality help defense which took away driving lanes on numerous occasions and more than not, maintaining a more deliberate pace which kept the Georgia side from taking full advantage of its edge in talent.

The game was back and forth with St. Francis up 27-22 at half and 45 37 after three quarters but could never put the locals away with the lead changing hands in the last four minutes of regulation. In overtime, Hazel Green jumped out early and used a delay to nurse the lead home. Mia Moore led St. Francis with 22 points and Savannah Samuel (see below) contributed 21 points. Lessen from this game is that a less talented team can win a contest if they buy into the coach’s system but getting the better of the calls does help. The locals were aided by a 28-12 edge in fouls called and 31 to 14 edge in free throws taken. Still having observed this game, one could conclude St. Francis had a reasonable chance to win but did not maximize its resources.

Looking at some of the talent (all D1 at some level) present with. height, position and school within graduation year.

Signed with Georgia, Barker committed before this last  spring/summer club ball season and is not as highly rated as others of similar ability who put themselves out there against quality opposition during the most recent club season. Here however, she was the individually most impressive performer and according to locals, the favorite for Alabama’s Miss Basketball. Most impressive is her overall skill set. She can handle the ball like a point, shoot threes, mid-range and at the rim, passes very well with drive and dish move, is an above average rebounder for a guard and can use athleticism to block shots. Perhaps the highest compliment is that she makes others around her better. Very creative, she still could improve by completing those shots at a higher rate. She led her team to two wins at the event.

Signed with North Carolina State, Bryant is a point guard who can run the offense but also looks to score. She has a strong mid-range pull up jumper (which appears to be option one) but also showed a nice spin move to the rim. Her three-ball must also be respected.

Signed with Jacksonville State, Griffin is an athletic baseliner. From this area, she looks to shoot the three or attack. She posted 18 points in her team’s 55-32 win over Bartlett High School (TN).

Signed with Notre Dame, the third of four sisters (all solid D1 pedigree), Alasia is not a natural point guard but is having to play the position with her team shorthanded and she did not look bad doing it. A good athlete, she can score by shooting the three but also can score at mid-range and the rim. She also showed a willingness to share the ball.

Signed with Arkansas, McGhee uses her thick build to carve out space on the low block. With good hands, she can score going left or right and posted 20 points in her team’s win over Miller Career Academy (MO).

Signed with Alabama State, Pearson is an undersized post. With good hands and will to bang and rebound in the key, only a few inches separated her from higher level D1 offers. Her relentless low post work keyed her team’s win over St. Francis.

Signed with Oregon State, Samuel is light on her feet but still a bit thin in build (as to being possibly not ready for Power 5 level physicality). Her game is that of a baseliner scoring via drive and mid-range stroke.

Knight runs the Hoover offense but finds a way to contribute in scoring. She posted 17 points (5 three’s) in her team’s 68-32 win over James Clemens High School (AL).

Having Power 5 offers, Moore is likely projected as a point guard but her off (left) hand dribble could still use strengthening. A good athlete, she scores by hitting the mid-range jumper, driving and the occasional three-ball.

Orally committed to Missouri State, Woodhouse plays with a good motor and above average IQ. In scoring 17 points (three three’s) in 55-32 loss to Ramsay (AL).

Hubbard can best be described as a power guard (maybe a tad small for Power 5 tastes but still a quality player). A lefty, she primarily powers left to the basket but is a threat to shoot the three. She posted 14 points in the win over James Clemens High School before going for 30 points versus St. Francis.  2023 – for the most part these players showed D1 potential but only in glimpses

Collier runs her team’s offense showing decent understanding for a young point guard. She can also shoot the three posting 11 points in  her team’s loss to Hoover.

Kelly was the best freshman playing at the event. Capable of playing either guard slot, she can score at all three levels (three, mid-range, rim) and uses her off (left) hand well in finishing. Power 5 programs are already lining up.

A good athlete, Moon showed a nice perimeter stroke inside and beyond the arc.

Taylor has good hands and strong body for play near the block. As posts go, she runs the court adequately. She just needs skill work in the key.

Taylor moves well playing both near the basket and outside the key some. When rebounding, she showed good hands and body control. Like most young players, her game is still developing. 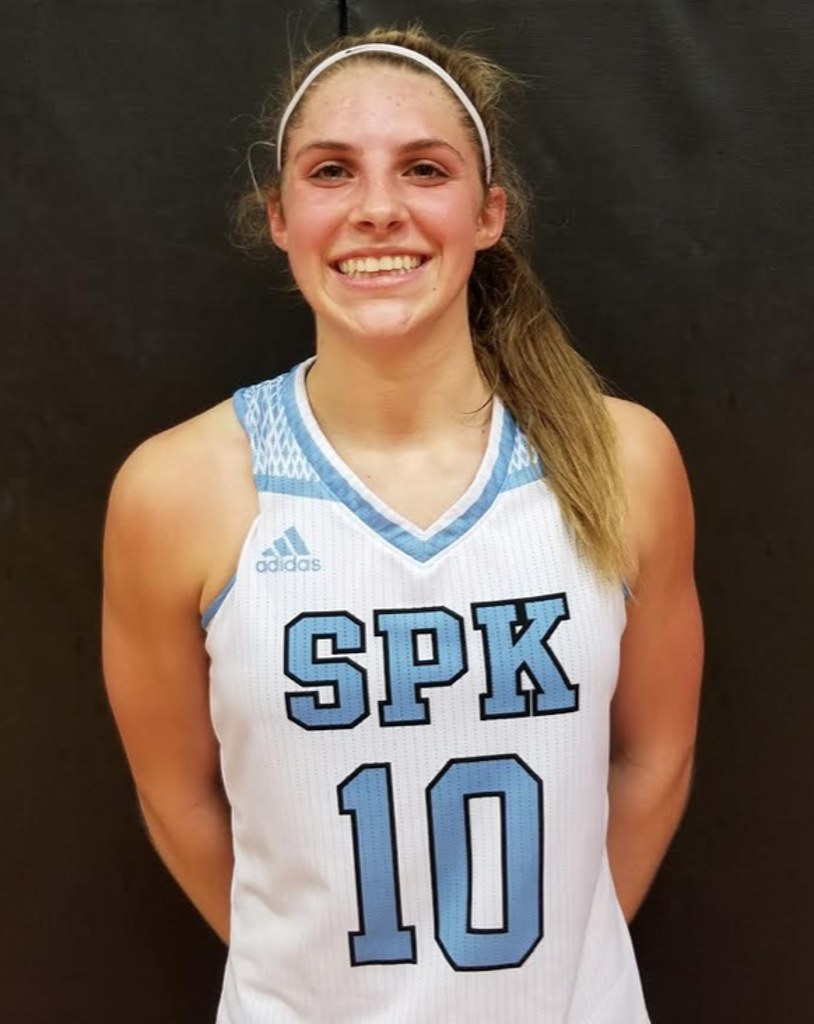 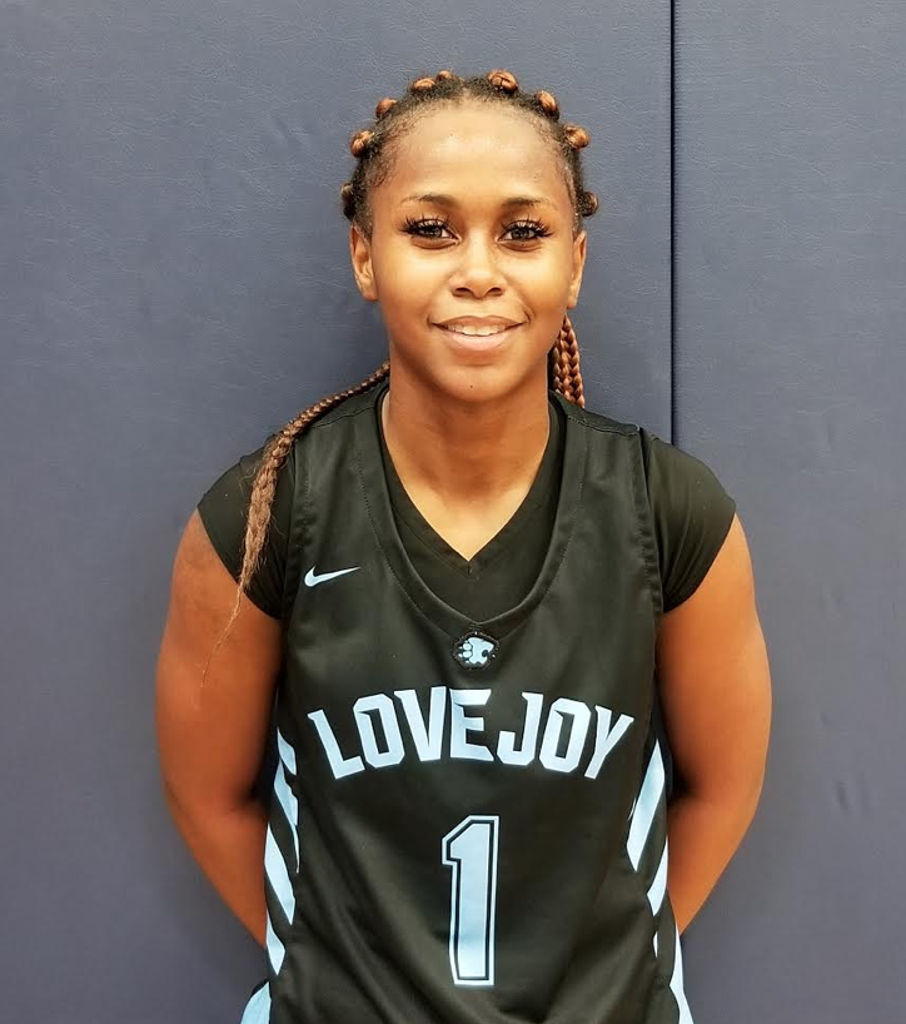 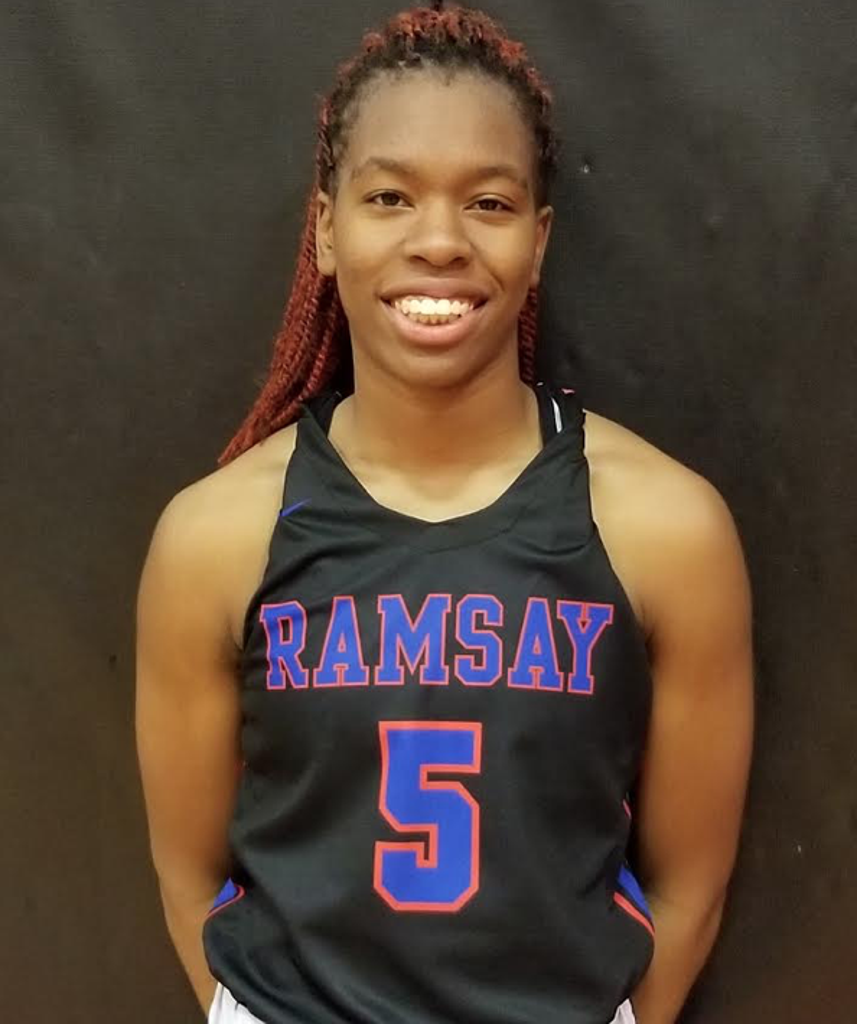 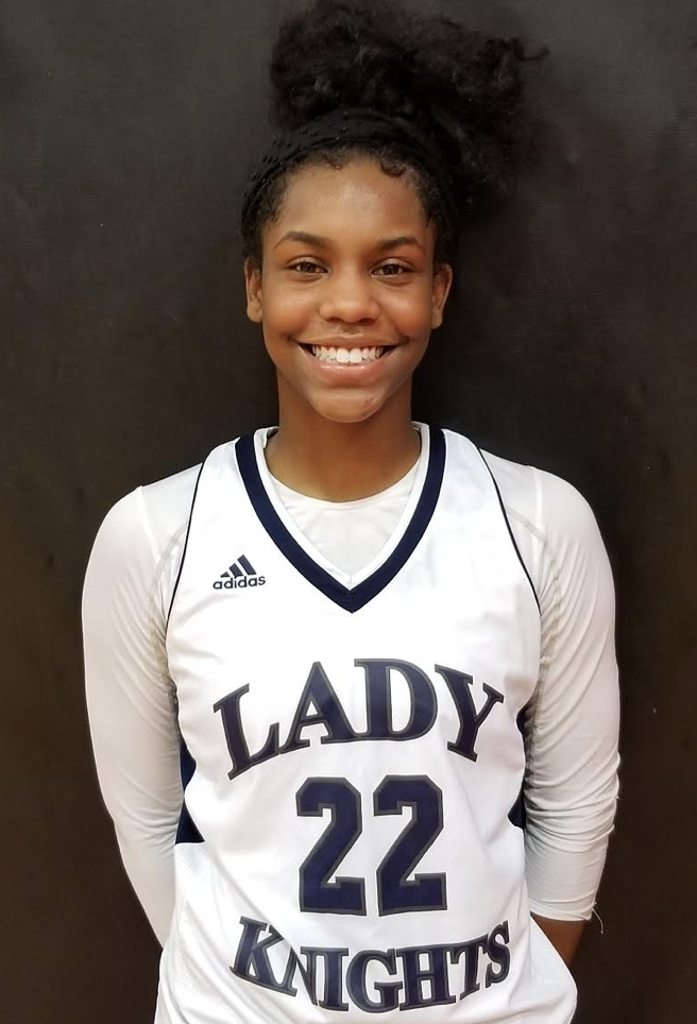 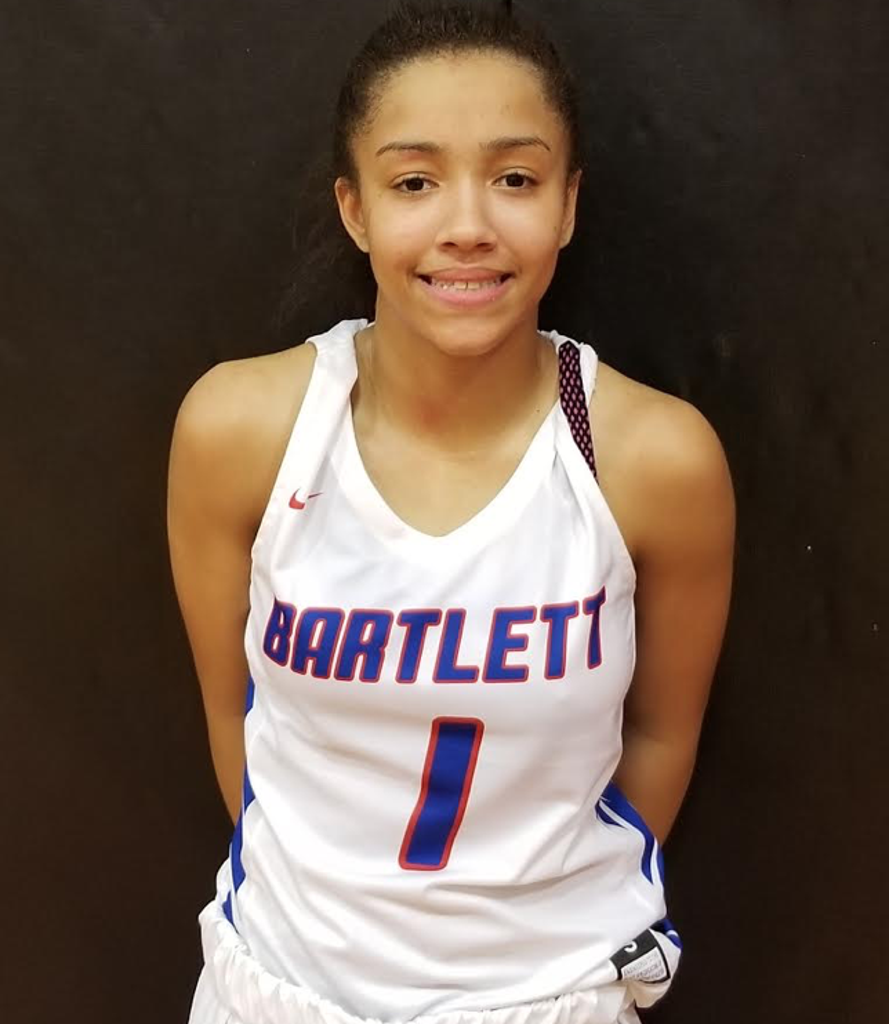