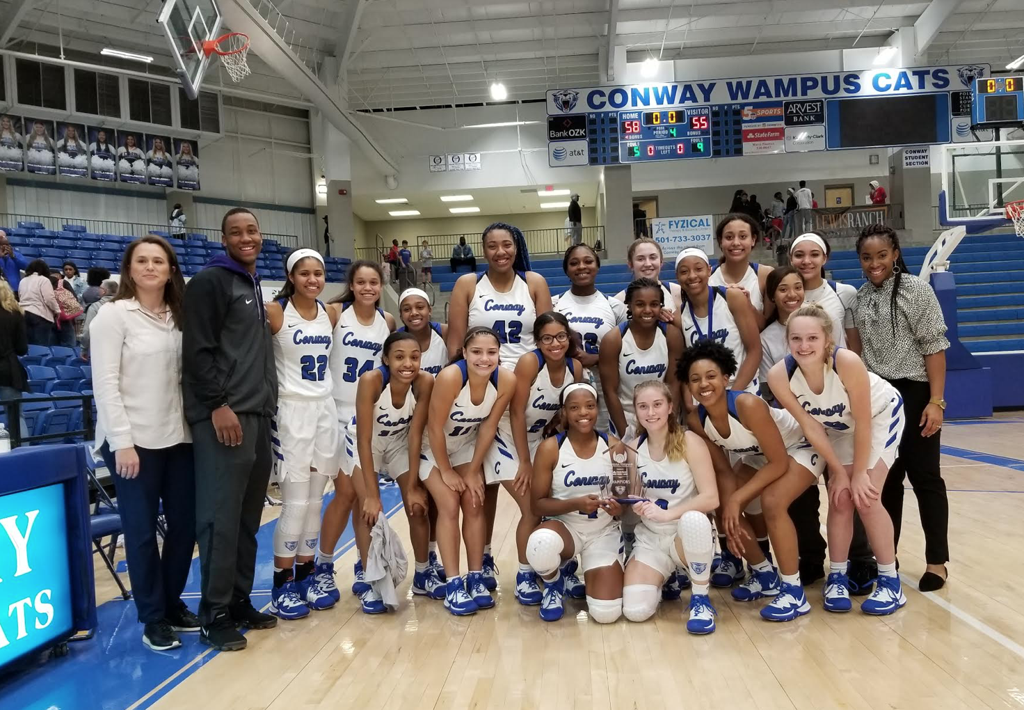 Going into this season, it was known that Conway had multiple D1 prospects but being young it was expected that it would (and still may) take time before these Lady Cats again threaten to win a state title. Having won this tournament (in its fifth year) three other times, Conway was not the favorite going in. Rather it was Fayetteville with a veteran team, but instead the favorite became a 58-55 victim in the final to the now four-time champions of the event.

A bit about the event

The tournament, held November 14-16 at Conway (Arkansas) High School, is named in honor of Dandra Thomas, a multi-sport (basketball, volleyball and track) athlete who graduated from Conway High School in 1994 and then went on to play NCAA Division 1 basketball before passing away in 2003. The event (presenting sponsor State Farm, Mario Thomas-Agent) was loaded with talent that did not disappoint the approximate 35 colleges (NCAA D1, D2, D3, NAIA) which attended one or more days of the tournament. It is pretty rare for a tournament that the teams finishing seventh and eighth out of eight to have Power 5 prospects, but it was true here.

Experimental 35-second shot clock in use

I felt strange seeing a shot clock in the Deep South. Other than the few WCAC schools in northern Virginia, no shot clocks are in general use in the states of the old Confederacy. Word in the gym was that the state governing board opposes it so it is not likely to be used any time soon during the regular season in Arkansas. During the last two days of the event, the shot clock only significantly came into play toward the end of the championship game (see below).

A brief look at the final...

The more veteran Fayetteville with three sure D1 prospects, including a McDonald’s All-American candidate, was favored. Pre-game, its coaching staff expressed concern about the pressure that the talented but young Conway would put on them with its full court press and 1-3-1 trapping half court defense. Those fears were quickly justified as Conway pressure put the visitors out of sync from the outset forcing turnovers and out-of-rhythm shots. The hosts led 17-11 after one quarter. The up-tempo nature continued in quarter two and the Conway lead was extended to 35-24 at the break with Chloe Clardy (see below) leading all scorers with 14 points in the half. 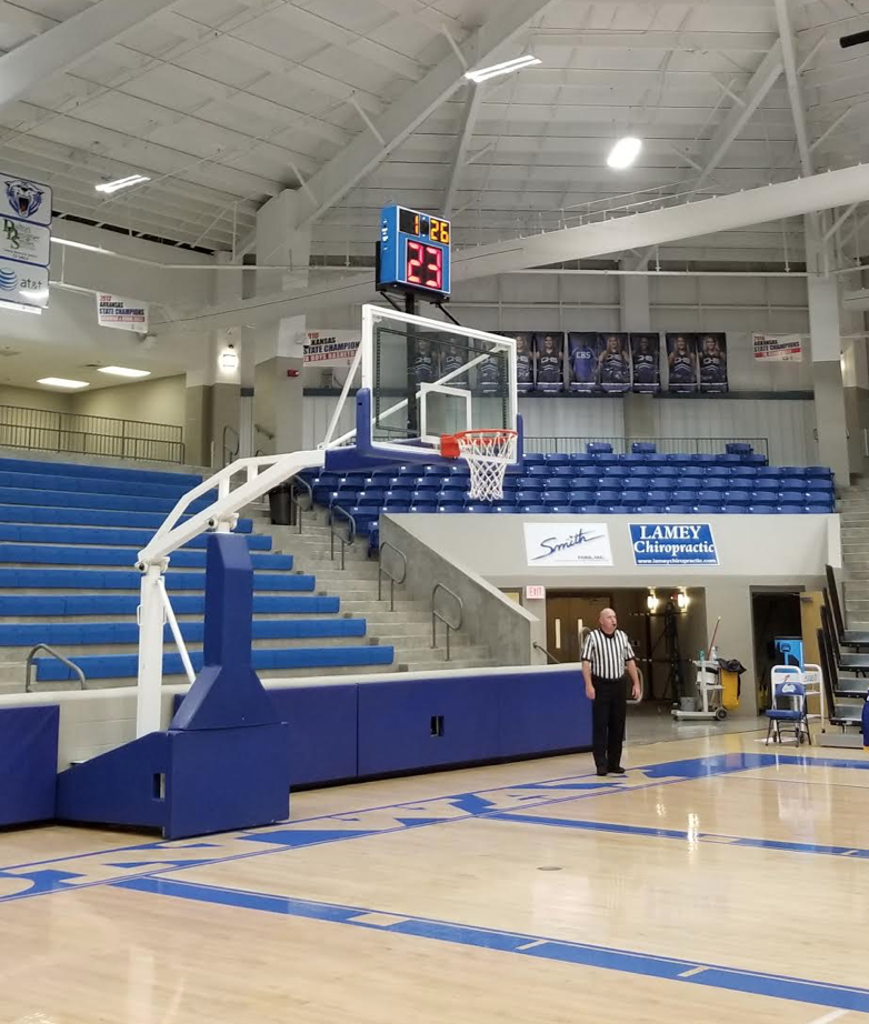 The third quarter saw Fayetteville put on some full court pressure of its own, cutting the lead to six before Conway re-grouped extending its lead to 54-41 after three quarters. Whether it be Conway tiring or Fayetteville figuring out what to do offensively, the lead slowly disappeared over the next six minutes (14-2 Fayetteville run). With 2:17 left in the game, Fayetteville had the ball down 56-55 but seemed frozen in its tracks getting off a poor shot as the shot clock was about to expire. The last two minutes were marred by turnovers/poor execution by both teams with two free throws by Conway senior guard Lydia York providing the final margin. Fayetteville’s Caroline Lyles (see below) led all scorers with 24 points. Clardy led Conway with 22 points.

Looking at some of the individual talent in alphabetical order with height, position and school within graduation year. All schools were Arkansas-based.

Signed with Memphis, Beck plays all over the court for her team. With a lack of team height, she spends more time in the paint than likely will be the case at the college level. She also often takes the toughest defensive assignment. For the final, she received her team’s player of the game honors scoring 16 points and taking on the challenge of guarding Conway’s best player.

Signed with Oregon State, this McDonald’s All-American candidate posted double digits in both semifinal and final games. She likes to work the baseline shooting the three or going to the basket.

Signed with NAIA power Lyon College, Kelly moves well without the ball and is willing to share the ball (like her teammates). She will post up but also shoot outside (including threes). She posted 17 and 21 points in her last two games helping her team (an elite eight finisher in its 5A [second largest] class last year) to fifth place (2-1) at this event.

Pickens, unsigned, just makes plays. She can shoot the three and go to the rim. She scored 14 and 13 points respectively in the last two games of the tournament. A bit small for what she does (more likely a shooting guard at the next level), schools should be eyeing her for late signing come spring.

Signed with Tennessee, this lean-built player is an elite athlete. She passes well and looks to penetrate to score. Adding more consistent range appeared to be one area that could help optimize success at the next level. She posted 15 and 17 points in her team’s (finished fourth; 1-2) last two games.

Daughter of a coach, Rogers knows how to play, looking to post up or face-up or for that matter give the ball up if that is the right decision. At the event, she posted 80 points including 31 in her team’s 58-54 overtime win versus Jonesboro in the third-place game.

A good athlete playing under control, Hardaway has strong handles and a drive and dish move. She also showed a nice perimeter stroke. A solid D1 prospect, Power 5 schools should be monitoring her maturation.

In our first viewing, Jackson, a good athlete, scored via the drive appearing to be a suspect perimeter shooter. In our second, she hit six 3’s. At least a mid-major prospect (with a sister who played in the majors according to word in the gym), Power 5 schools should be monitoring her maturation.

Lyles likes to work the wing to baseline area, shooting off the catch with her quick release. She posted eight threes in totaling 44 points in her last two games at the event. Having numerous D1 offers, she has some Power 5 interest. Improving her handles when facing on ball pressure could be an area to improve on.

Thomas has a strong body and good hands with low post game. A solid D1 prospect, Power 5 schools should be monitoring her maturation. 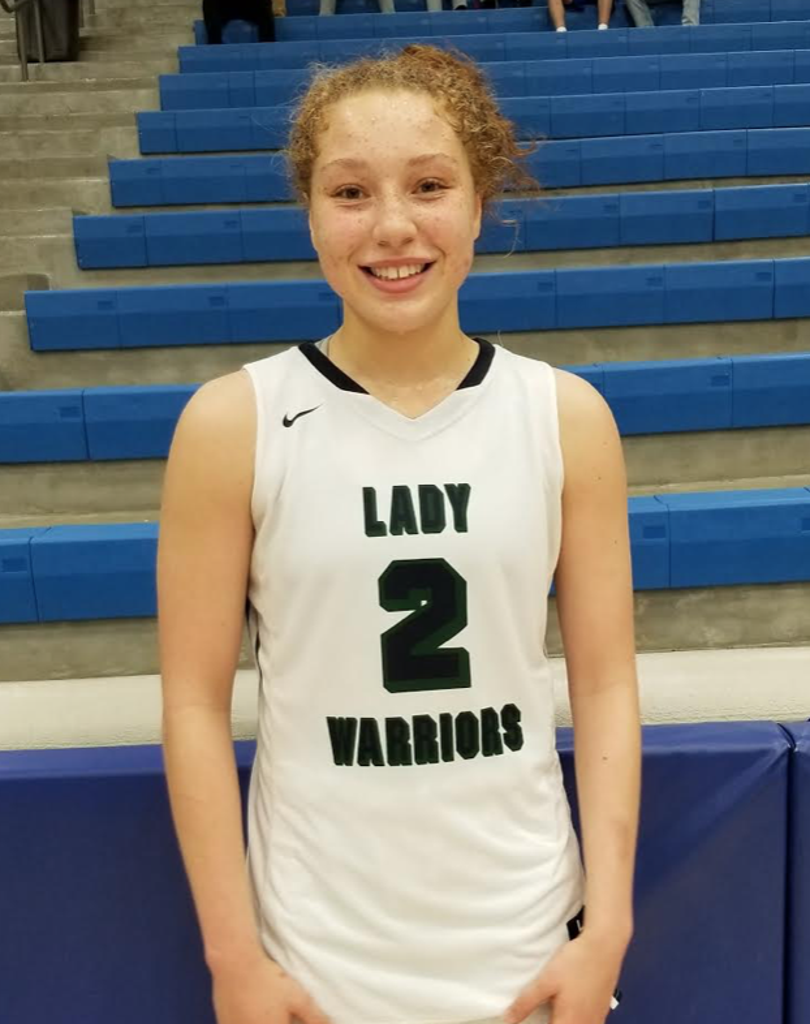 Thomas is a steady, show-up-each-night perimeter player who will drive or shoot the perimeter shot to score. With many mid-major D1 offers in hand, she has Power 5 interest. The event is named for her deceased aunt.

Williams is strongly built with the ability to score going left or right near the rim. She has decent handles for her size. Power 5 schools have already lined up.

Clardy was our unofficial event MVP. In the final, she played the point making good decision and scored the ball via attack and from the perimeter. Earlier in the event, she played some on the wing. One of the top guards in the 2023 class, Power 5 schools are lining up quickly.

Robinson is an athlete with good hands and feet. Her game is still developing (currently scoring near rim). She already has D1 offers from the Power 5 level and down. Parkview (somewhat young) did not win a game at the event but still had talent worth noting.

Scott is strongly built perhaps still needing better conditioning. She has good hands with game around basket. Her progress should be monitored from Power 5 level down. 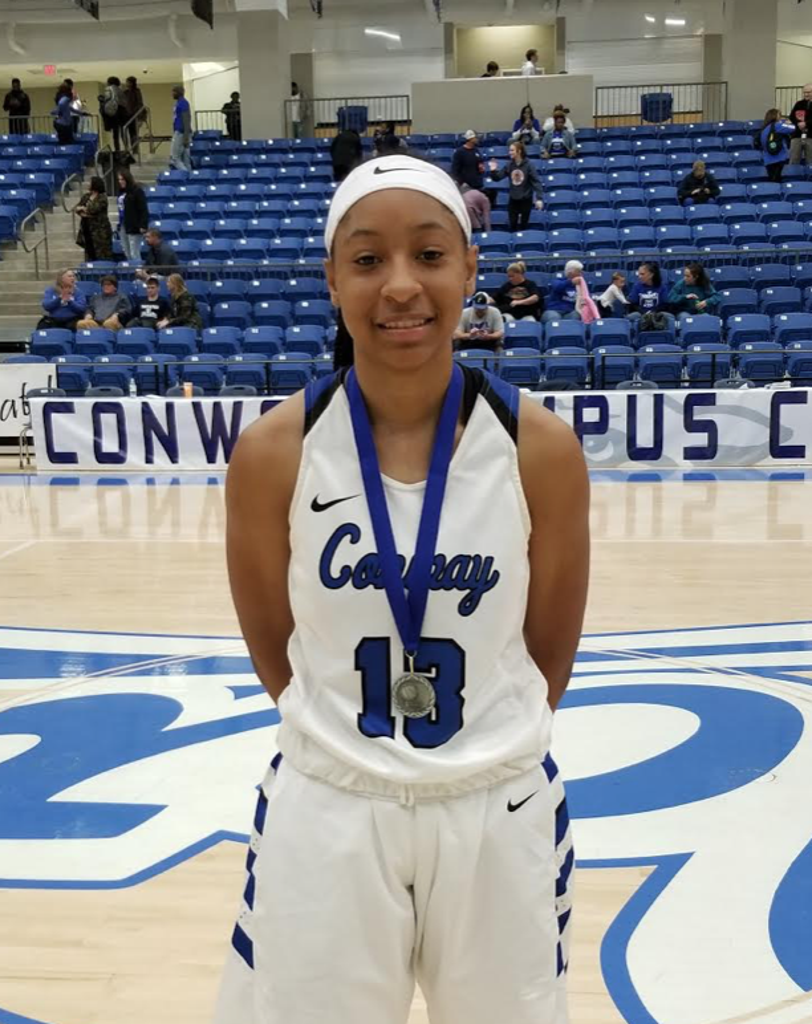