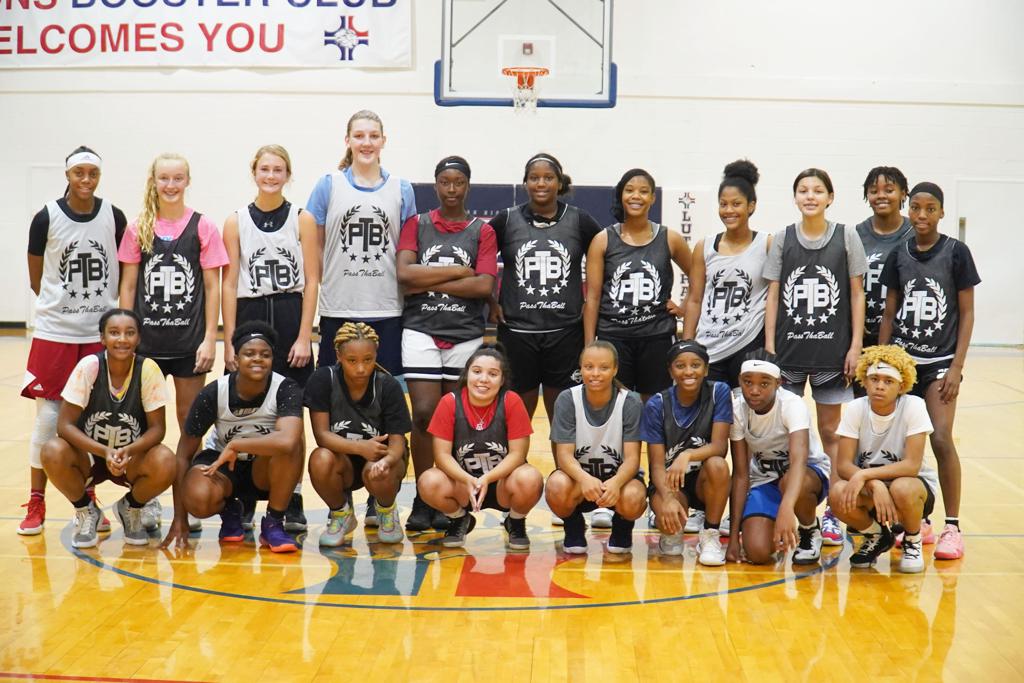 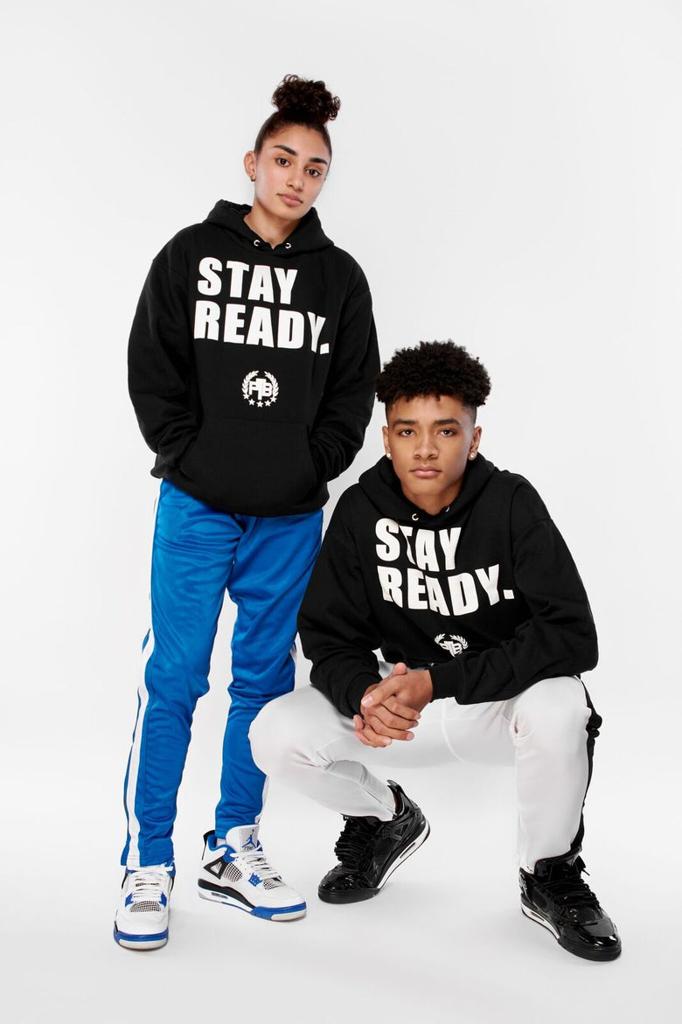 The South, featured some new rising high school talent that came to Houston, TX. Many of them can definitely play on the collegiate level as their skill set made it obvious. College coaches definitely need to be on the lookout for these players heading into the season. Special thanks to all the parents, staff, and media that came out. TV Media, She's Ballin, Girlz Prep Report, and Skilled Up Elite.

Links to the images (Free Downloads)

Evaluations were written by GirlzPrepReport

Kailyn Peters - 5’9, G, 2020 - Mid to long range shot was nice, I saw that during the 1x1 and 3x3 drills however game time, she showed even more. That step back was working as she understood when to use it and did a good job creating her shot off the dribble.

Gia Adams - 5’6, PG, 2021 - One of the best guards in her class, not only in Houston but in the state as I’m adding her to the Texas 2021 Top 100. She’s explosive off the dribble and explodes on her pull-up and that’s in transition. She scores from all over, that includes the long ball and on top of that, she mans up baseline to baseline and is quick and athletic.

Ashlyn Jones - 6’0, F, 2021 - Athleticism through the roof and sometimes it appears she can touch that same roof because her elevation, hang time, and body control, while in control, is second to none. She sets defenders up with her first step and she blows by many with ease. She can nail the mid to long range jumper but what she also brings to the table is playing the passing lane as good as anyone.

Melissa Hornedo - 4’11, PG, 2022 - What’s my saying, hopefully you all are getting this but #SizeDontMatter. When you can play as simple as I put things, many won’t get it but she does because she’s heady, poised, and gets the job done. On top of that she defends well, not just at her size, but period and watching her shoot the mid-range with ease was something to see.

Ro’Miya Hopkins - 5’8, PF, 2022 - Strong body and loves physicality, be it giving or taking and the whole thing boils down to “she actually enjoys it” and that’s being in the mix. Watching her battle in the paint offensively and defensively as well as on the boards, her energy level stayed the same and so did her desire.

Mia Galbraith - 5’10, G, 2023 - Showed she wasn’t an “urban legend” and was recently added to 2023 Watch List. Once again, long and athletic is always a great starting point, but her ability to take defenders smoothly either for a layup or the “stop and pop” was impressive. More than anything, her poise plays a huge part in what she’ll become, hard to contain.

Kayan Bass - 5’9, G, 2023 - Change of direction in the open court being guarded is a great tool to have, especially when you’re under control and going full speed. Her creativity to get her shot off from multiple spots, not to mention dropping the mid-range with a hand in her face, as well as attacking from the wing, gives her multiple options.

Dalanna Carter - 5’5, PG, 2023 - Maybe the youngest player, definitely one of, I ever called a #D1Lock, in the 4th grade. Just watching her score and go by players 3 or 4 years older, that could play, was something to see, and guess what, nothing has changed as her explosiveness and ability to score will have her putting up numbers immediately in high school.

Taylor Haggan - 5’10, F, 2023 - Power in the paint always impresses me especially when you score with 2 players literally hanging on you multiple times. Just added to the WATCH LIST, she has a huge upside because certain things you can’t teach and effort is one of them as she won’t back down and keeps coming back.

Micah Vaughn - 5’11, F, 2023 - Her physique is definitely a huge plus as she can score over smaller defenders, well taller ones too. Attacks so strong off the dribble and finishes strong but she also creates her shot and hits the mid-range. If that’s not enough, her defense and ability to block shots has her ceiling roofless.

Molly Beavers - 5’10, F, 2023 - She’s strong and physical, plus she’s athletic and when she attacks, it’s powerful like her finishes, with contact. Good rebounder and she understands how to create her shot outside. This gives her several advantage and when she shoots the mid-range, she elevates and extends to get it off.

Neveah Craft - 5’3, PG, 2023 - Good Basketball-IQ and plays within herself, which means a lot of things because she has that extra turbo to blow by defenders in the open court. She see's the floor and hits teammates going full speed, on the money. If that’s not enough, she understands how to control tempo. To keep defenses honest, she drops the three ball.

Aarianna Masters - 5’7, G, 2023 - Didn’t call her a D1 Lock the first sighting or sighting 3 years ago but I knew she was going to play somewhere because she had heart, and you can’t teach that. Now, I’m not only calling her a #D1Lock but she will have options to play many places, quote, archive this or whatever,. She has continued to improve her game year after year. Will continue to watch her growth heading into high school.

Abbie Boutilier - 6’7, P, 2023 - Nowhere near the finished product but she is definitely coming alone. Primarily a shot rebounder and shot blocker, and rebounder, she showed some offensive skills not only with her back to the basket but facing the basket as well. Her upside is tremendous and she will go as high as she desires, and the progression she continues to show speaks volumes.

Tobi Ademuwagun - 5’9, F, 2023 - I can’t tell you how many times I’ve written about explosiveness but her explosiveness is off the ground which enables her to not only rebound over taller players in the paint but score on them as well. She won’t be outworked; she battles and she also defends well.

Kahlayn Barnes -5’7, G, 2023 - Recently added to 2023 Watch List, that was after watching her a couple of minutes at the TSU camp, but the performance she put on over the weekend falls into my saying, “I’m always right”. Scores multiple ways and in the flow, plays hard defense, and her upside hasn’t been tapped.

Aniyah Sanford - 5’3, PG, 2023 - Recently added to Watch List and not because I’ve watched her for 4 or 5 years but she keeps getting better, putting in work, and playing within herself. She’s a heady player. That means she thinks the game and makes good decisions with the ball. The game starts at the one, and when you fall into that #sizedontmatter, with her, it doesn’t because she can play. Her poise has always impressed me, outside shot keeps getting deeper, and her court vision was on point.