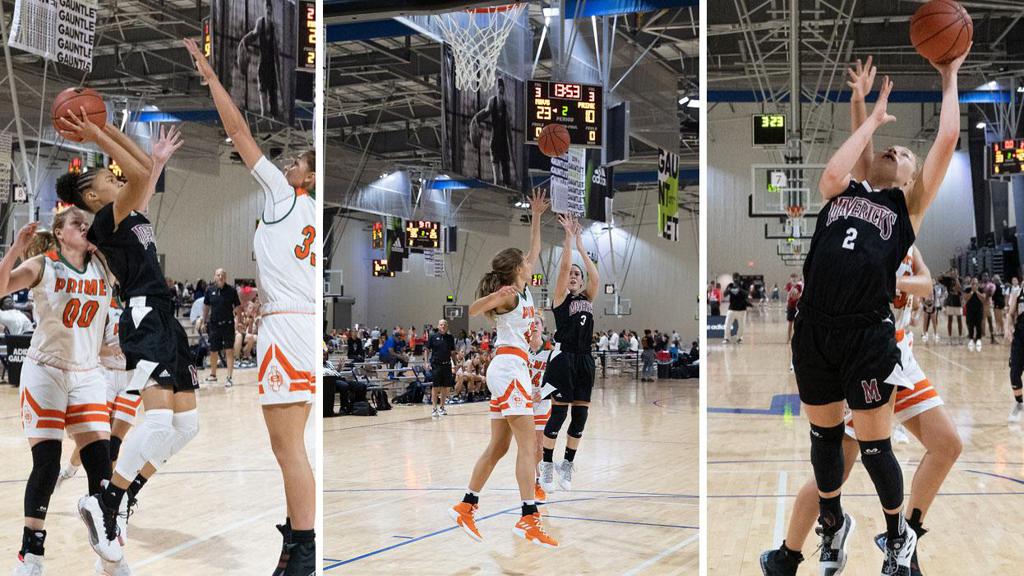 The Adidas Summer Championships at LakePoint Sports Complex was one of the last stops of July evaluation for prospective student athletes.

Here are some standouts who caught our attention:

You have to start with the most consistent trio in July on the Adidas circuit from the Arkansas Mavericks-Rogers. They were led by the inside play of Wynter Roger's (6'0 - 2021), the perimeter play of Isabella Higginbottom (5'8 - 2021) and Arin Freeman (5'7 - 2021). These young ladies won the Ogwumike Gold Championship in Indianapolis and followed that up with Parker Gold Championship to end the evaluation period.  They are all receiving low to mid major interest.

Sydney Watkins, the (5'9 - 2020) guard is a big reason why the Indiana Elite team is the Adidas Platinum Champions. No she didn't lead the team in scoring like Katelyn Young & Cameron Grant who each took turns abusing the post players of the Northwest Blazers. Sydney did it on the defensive end which led to fastbreak points. That particular basket came after Sydney picked Talia Von Oelhoffen's (6'0 - 2021) pocket at half court. Her constant smothering of Van Oelhoffen kept her off balance the entire game.

Jaida shows flashes of something special. She has a nice handle and first step. Has the ability to knock down the three. Would like to see her using the mid range game more to throw off defenders.
(use pic 218-AGA)

The ACC school I spoke with said she would fit perfect in their system because you don't have to run anything for her. A three point shooter that can create off the dribble and a aggressive defender. That's a need for a lot of schools.

Other notable players to watch:

Big guard who can play the 1-4, good basketball IQ.

Her jumping ability is off the charts. Better on the defensive end right now.

A bright spot for NYC basketball. A good three point shooter. Uses her length well on the defensive end. 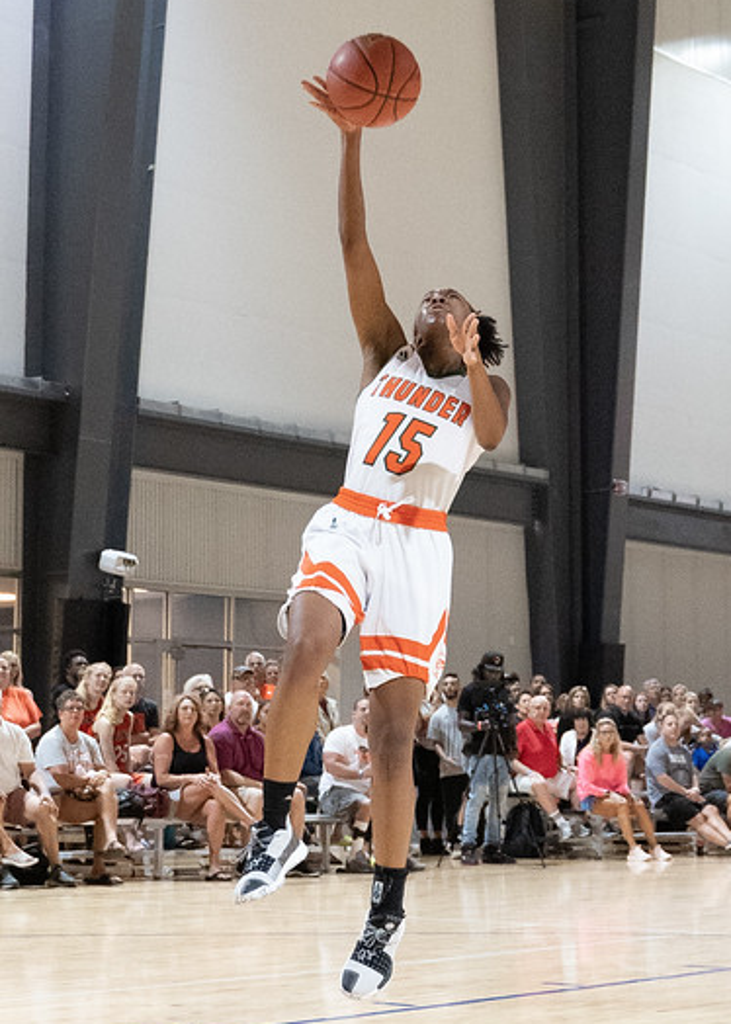 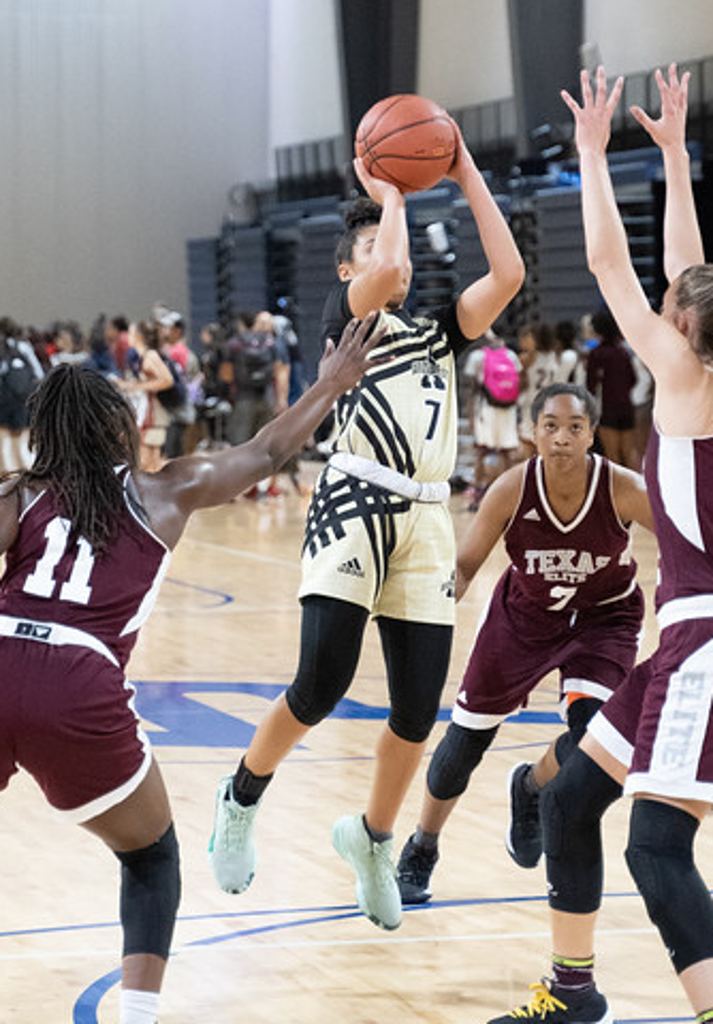 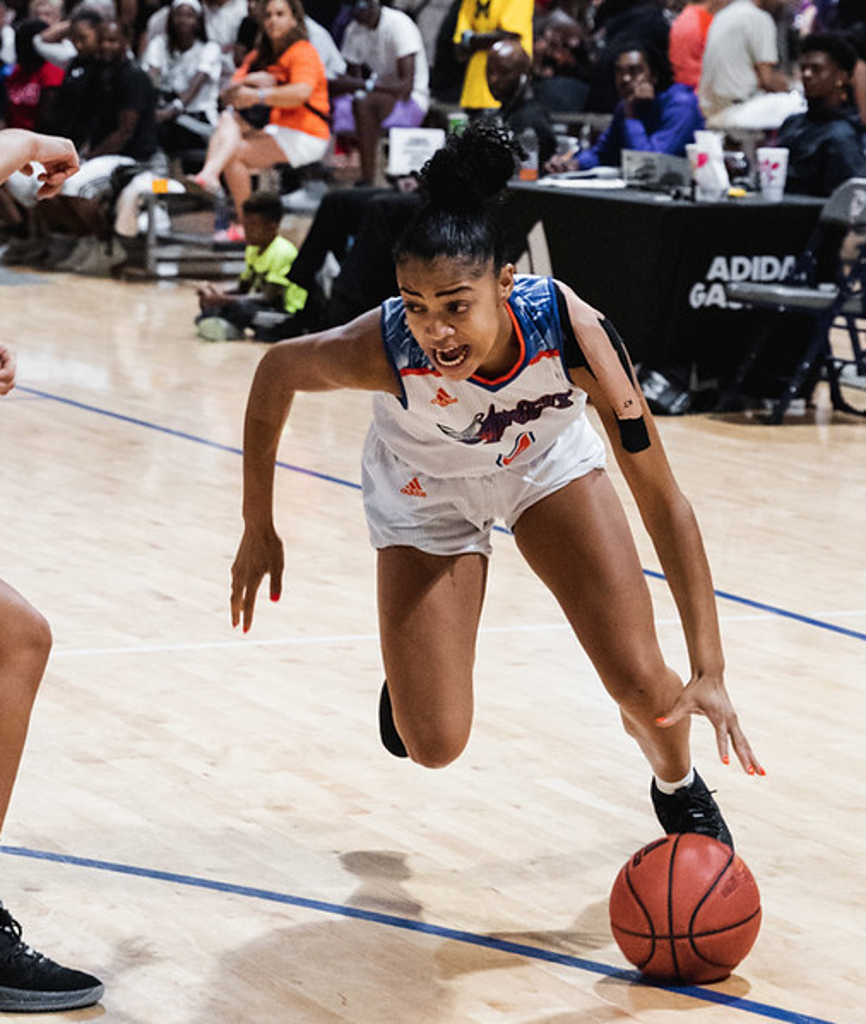