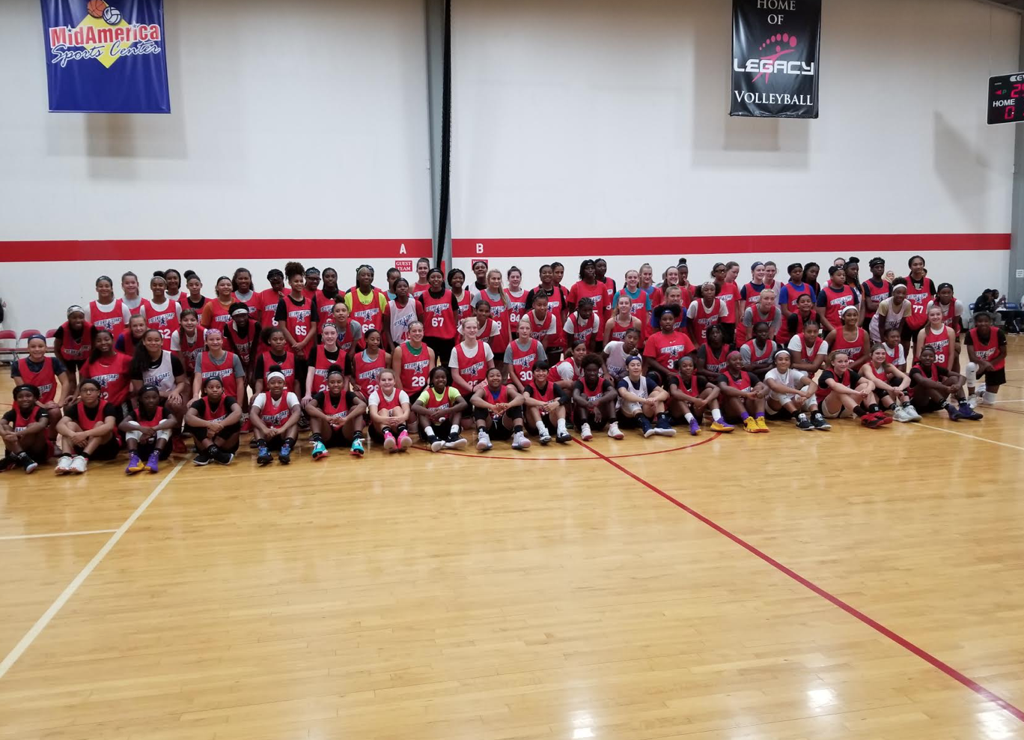 Held July 9, 2019, at Midamerica Sports Center East in Louisville, Kentucky, Future Stars USA, in its fifth year, put forth another very talented field of 92 prospects, primarily of the classes of 2023 and 2024 along with a handful of players as young as the 2026 class. The event was run by Harry Elifson and Scott Reed of Preferred Athlete Scouting Services. Sixty-five NCAA Division 1 colleges (mostly of the Power 5 variety) watched these talented athletes play in two of the hour-long sessions which ran between 1pm and 6pm.

Granted most programs are looking at prospects in the classes closer to graduation. However, with talent spread out more than ever amongst competing events, where can you get to see 80+ future Division 1 players in under five hours?! Perhaps 30 of the prospects were sure Power 5 candidates. That leaves over 50 for mid-majors to focus on. Future Stars gives you lots of meat with almost no filler! I continue to maintain that this event is the most concentrated five hours of talent in the summer viewing period.

Note the names below as they will become better known in the years ahead. Our goal here is to give you a brief introduction into a small sampling of them!

Players below are listed alphabetically giving height and position within graduation year with home town in parenthesis. All below will, with normal progression, be recruited at the NCAA Division 1 level, how high may well depend on final height and how they fill out in body type. Maturation of those below should be monitored from the Power 5 level and down.

Driver with strong build; willing to pass; can spot up for the three but not first option; getting Power 5 offers.

One of very best at event; high basketball IQ; can play the three (has perimeter stroke) or four (strong scoring threat near rim); has multiple Power 5 offers.

One of top players in the event; superior athlete who can dominate with her ability to get to rim; willing to pass; must work on adding shooting range to become more complete player; has multiple Power 5 offers.

Decent athlete who can shoot the three hitting several during the event.

Athletic, can put on floor and get to rim; will hit glass.

One of best three-point shooters in event; can play either guard slot but knowledge of game and handles make her more likely to be point guard at next level.

Decent athlete who can play multiple positions; can hit the three off the pass.

Athlete who can get to rim; decent handles for size; nice face-up stroke from mid-range.

Lanky build; can finish on the break; works the boards hard.