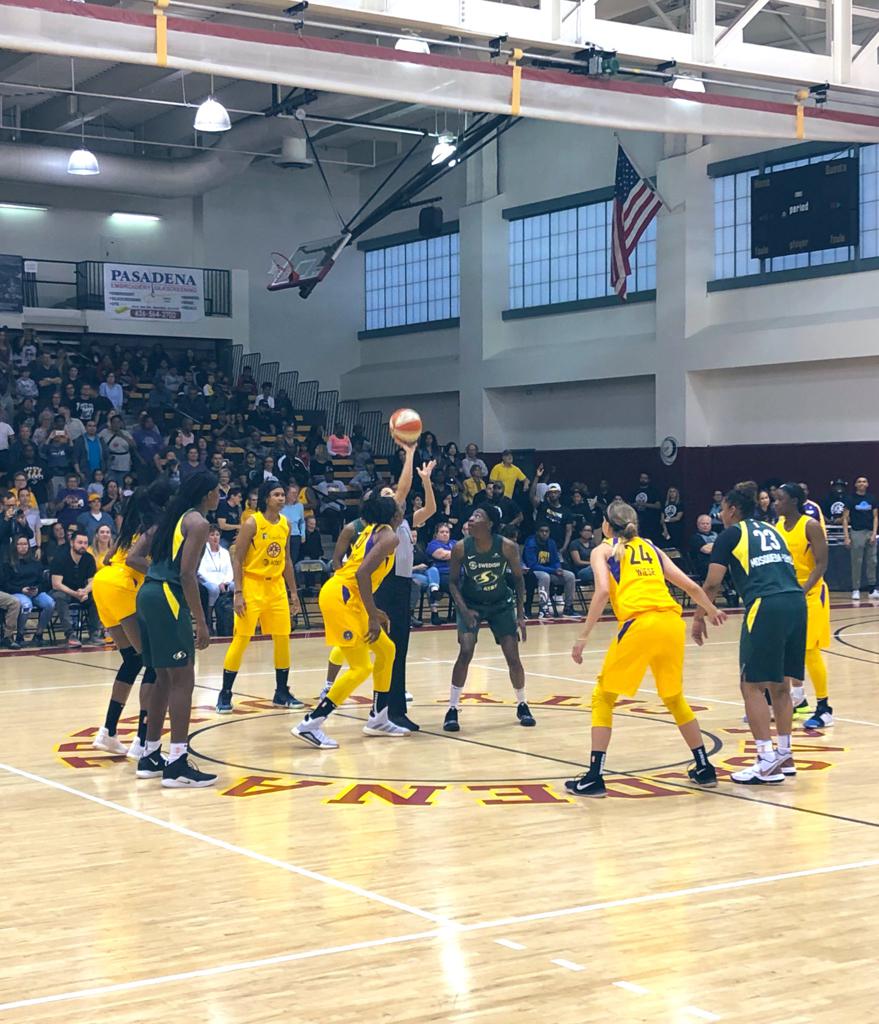 Both teams were playing without some of their stars. LA Sparks’ will be without Candace Parker for three to five weeks due to a hamstring injury she got in the first few minutes of their game against the Phoenix Mercury. They also were without Chelsea Gray because she was playing overseas, but she was spotted on the bench during the game. Storm’s Breanna Stewart is out for the season with a torn Achilles, and Sue Bird wasn’t seen.

Both teams came out ready to score early in the game. The two teams traded back-to-back baskets most of the first quarter. Jewell Loyd was hitting most of her shots early in, scoring almost half of Storm’s 18 points in the first quarter.

The second quarter was where we got to see both squads’ rookies go to work. One moment of the game that stood out was when Sparks’ Marina Mabrey nailed a three from the top of the key, and Storm’s Anriel Howard answered with a take to the basket on the other end.

At the half, the score was 49-44 with Seattle leading. That quickly changed going into the second half.

The Sparks came out with serious momentum, a lot of which was from the Ogwumike sisters. Both Chiney and Nneka Ogwumike came out hot, proving that this season they will be a dangerous duo, but Nneka was on fire. It seemed impossible for Seattle to stop her once she started driving to basket, putting up 10 points in the third. The Sparks dominated those 10 minutes, outscoring the Storm 29-10.

Towards the end of the game, the Storm started making a comeback thanks to Jordin Canada and Natasha Howard. The two combined for 15 of the team’s 26 points in the last quarter, 10 of which were from Canada.