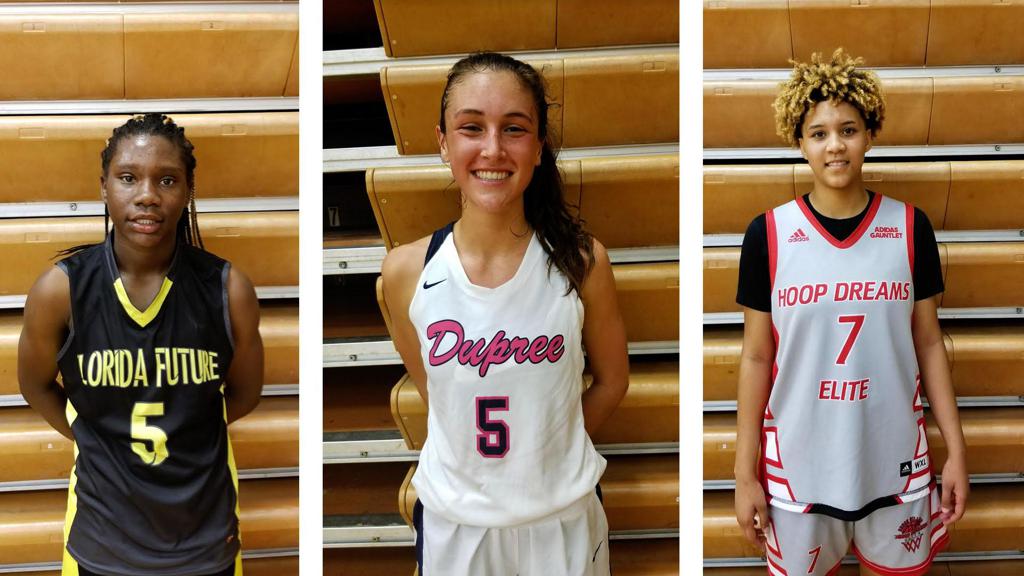 In its sixth year, the Candice Dupree Invitational 2019 saw 42 teams do battle on four courts on the campus of the University of Tampa in Tampa, Florida, during the weekend of May 4-5, 2019. As an event with just Florida-based club teams present and NCAA Division 1 coaches unable to attend due to this being a “dead period” event, 26 coaches from one of NCAA Division 2, Division 3, the NAIA and junior college ranks attended one or both days of the event. Run with pre-set games, this invitational was presented by East Tampa Youth Basketball Association (ETYBA). It had groupings running from current ninth graders to current juniors with some middle schoolers playing up. However, there were no playoffs and technically no champions were crowned.

Special thanks to the tournament organizers who provided a complete set of rosters. A lot of “dead period” events come up way short here on realizing you never know who (below D1) is going to show up with a check book that might enable some player to gain an athletic scholarship beyond high school. Granted running events has become a real money maker and getting rosters together takes time possibly absorbing profits. Still, we should not forget this should still first of all be about the players. With talent more spread out than ever, a higher percentage (than in earlier years) of club players will not be going on to play NCAA D1 for college. Providing opportunities both on the court and in exposure to scouts, media and college evaluators of all levels never fully takes a vacation during the club season.

Perhaps the greatest girls’ basketball player to come out of Hillsborough County (metro Tampa), Dupree played her high school ball at Wharton High School where she did well but was below the national radar. Passed on by the top programs in Florida, Candice attended Temple University where she played for Dawn Staley (now South Carolina and soon-to-be US Olympic coach). During those college years, Dupree continued to raise her game and was ultimately drafted by the WNBA Chicago Sky with the sixth pick in the 2006 draft. She won a WNBA title with the Phoenix Mercury in 2014 and gold medals at the FIBA World Championships with the USA National team in 2010 and 2014. Currently she plays for the Indiana Fever in the WNBA and Sopron Basketball in Hungary. If nothing else, Candice Dupree has shown that through continued hard work, improvement and striving for excellence, one can go from relatively unheralded to world class in her sport. This event is rightly named in her honor!

Winning its games against three others (BD Thunder White, Florida Future and host Tampa Thunder – Team Dupree) of the best present, ECU Murray - 2020 gets our nod as top team at the event. The team has good balance between its perimeter scoring and post offense and has made good showings previously at events in April. Two of its players are written up below. A few others were discussed a few weeks back in our article on the Southern Jam.

Players below are listed alphabetically within class with height, position and club team. Home town is listed in parenthesis. All below are Division 1 prospects at some level.

Benedith plays hard and can shoot the three. She handles well enough to play the point but is probably a more natural shooting guard.

Jefferson was one of the lesser knowns who starred at this event. A good athlete with a high motor, she primarily looked to attack the basket going right. She also showed an ability to knock down perimeter shots be it not her first scoring option. 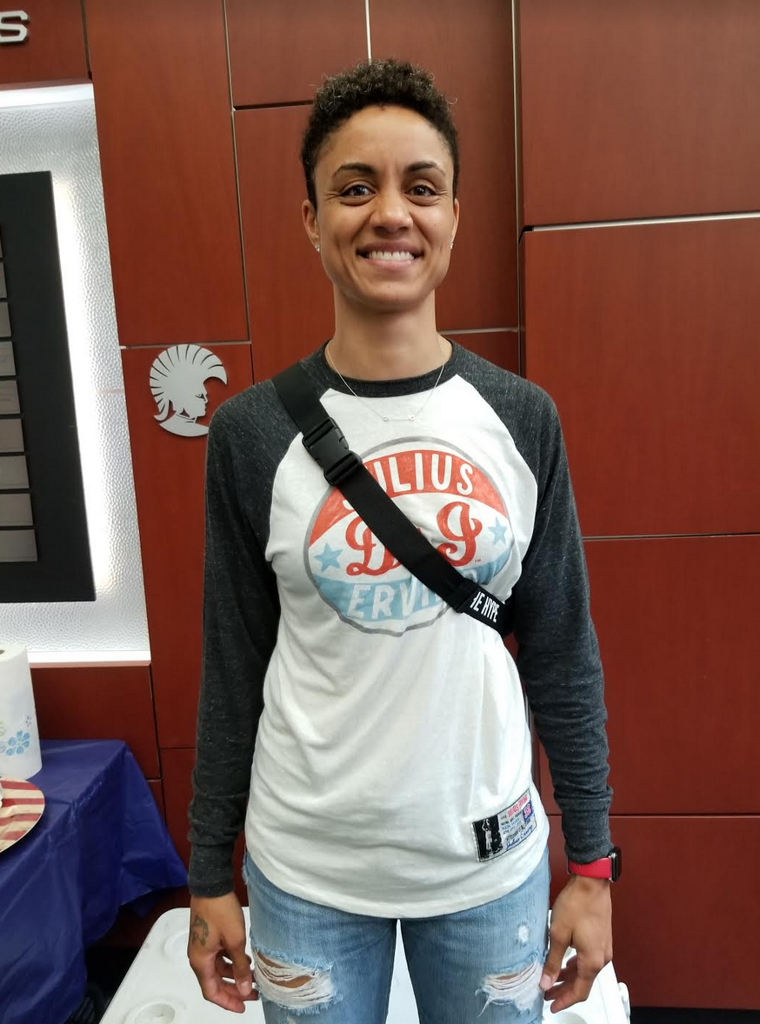 Cheesman showed well in battling for rebounds against quality low post opposition be she's more of a “stretch four”. She also showed that she can hit the three. As she likes to operate from the high post, working on improving her attack from there off the bounce should be on her “to do” list. Power 5 programs should be monitoring her maturation.

Clark has terrific hands and uses her very strong frame to carve out space around the block. Given her thick build, she gets up and down better than one might expect. A Power 5 prospect, only colleges willing to take her for what she has in body type (not what they would like her to be) should recruit her.

Gordon is one of the top point guard prospects in the 2021 class. She has fine handles, good speed and quickness and is unselfish with terrific court vision. She penetrates well and has a nice pull-up jumper. Becoming more consistently successful shooting near or behind the arc should be a priority over the next year.

Roberts was sort of a guest player as she normally plays with a separate club team during the spring and summer. Here, she was mostly surrounded by her high school teammates. She showed nice driving skills using left and right hand from the high post and was willing to take contact along the way. She also demonstrated a nice mid-range stroke.

As to just talent, Pickett was one of the top prospects at the event. A highly athletic lefty, Pickett has a solid perimeter stroke from inside and beyond the arc. A definite Power 5 prospect, she needs to play much harder more of the time at both ends of the court.

A nice athlete, Carter can play either guard slot. She has good court vision and handles well but also showed perimeter stroke.

With a mother who played D1 ball and a sister currently playing at West Virginia, one cannot deny that Lindsey has the right genes. For her age, she is physically strong, runs well, has good hands and finishes well against contact around the basket. Hopefully she will grow a bit more or add some shooting range as scoring is currently near the rim.

Risch has been “playing up” three years in club ball. While she has not been dominating as she might against fellow eighth graders, she did not look out of place (a very good sign). She runs adequately and can shoot the three. With normal physical maturation, a Power 5 future is not out of the question.

Eads has good speed and quickness with a motor to match. She needs to build shooting range as scoring appeared currently via the drive.