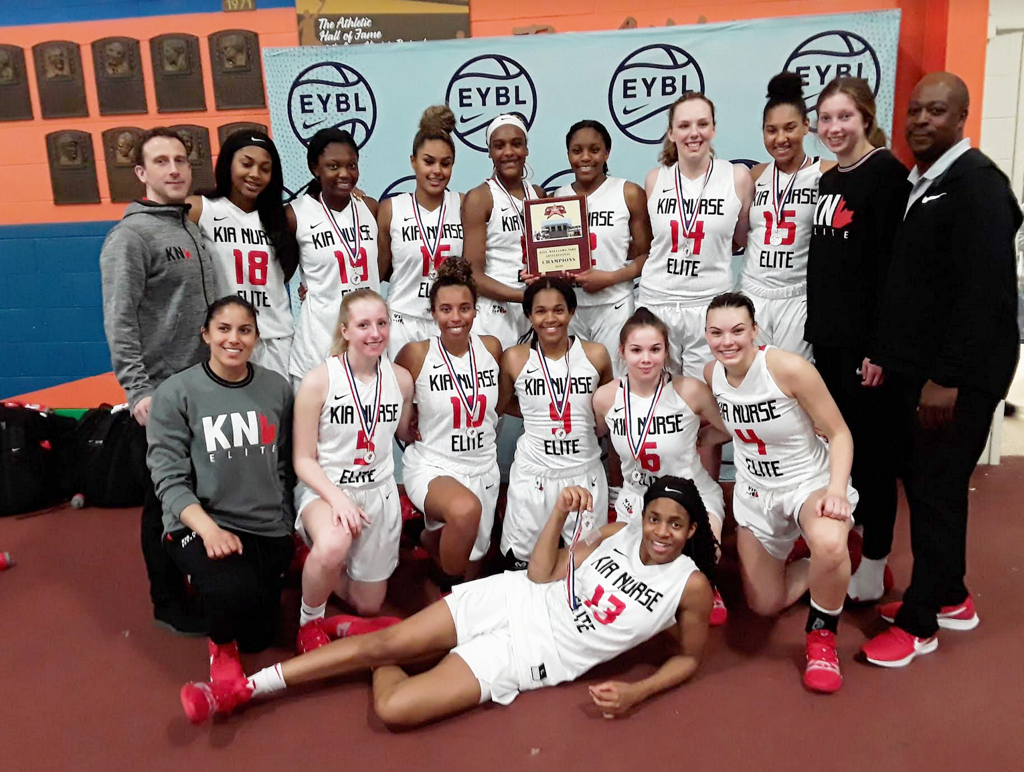 The Joe Smith Division 17U Platinum Bracket (top) final was won by Kia Nurse Elite 17U EYBL Affiliate (based out of South Hamilton, Ontario, Canada) by a score of 54-36 over Cal Stars Valley Elite (based out of Orinda, California).

In part 1, the Marques Jackson Division of the 2019 Boo Williams Nike Invitational was discussed. In part 2, the Joe Smith Division will get our focus. This division was the top grouping of teams with rising seniors (or younger) outside Nike’s EYBL. Quite a few of the 32 slots were taken by secondary teams whose top team in this age group was participating in the EYBL. Thus, the talent was considerably less than in the EYBL or for that matter the Marques Jackson. Of the eight quarter-finalists, only two were teams associated with EYBL clubs with the rest being independents or Nike Affiliates such as the winning Kia Nurse Elite.

Looking at the action in the Platinum Bracket final...

This was not expected to be too competitive. Kia Nurse Elite is a team of multiple future Power 5 players while Cal Stars Valley (affiliated with but not directly run by the EYBL Cal Stars program) had multiple mid-major prospects. To its credit, Cal Stars Valley hung around for over a half trailing 29-17 at the break and 40-25 after three quarters. Besides the talent differential, live ball turnovers by the Californians combined with corresponding points by the Canadians helped produce the initial separation in the first half.  The lead did not go below double figures in the fourth quarter.

Special thanks to Harry Elifson and Cristy McKinney who served with me on the selections committee.

Below are the all-tournament selections for the Joe Smith 17U Division. Almost all will likely be recruited at some level of Division 1. Congratulations to all selected!!

Brown was a steadying force for her team.  She has decent court vision, will pass off or go to the basket (finish left or right) as the situation dictates.  Defensively, she showed good quickness with a good motor.  She helped her team win its pool going out in the Platinum quarterfinals.

Cairns played well in Hampton in spite of her team losing a couple of close games.  With a quick release, she showed both a mid-range pull-up and ability to shoot the three.

A high-level Power 5 recruit with explosiveness, Edwards can create a shot inside the key or on the perimeter.  She was one of the most talented players in the Smith Division if not the most.  Edwards helped lead her team to the Smith title thus earning MVP status.

Ha can play either guard slot.  She makes good decisions when at the point and her ability to shoot the three allows her to contribute from the wing.

Above all else, Jones competes and in doing so helped her team reach the Platinum Bracket semifinals.  She has a nice drive move (willing to dish) from the wing.

Mark plays with a good motor.  She will battle in the key but has a nice mid-range stroke.  Her efforts helped her team to finish second in the Smith Division.

Orally committed to Princeton, Nweke is a lean athlete who can attack the basket and finish.  She also can hit the three.  She will attack the boards and does not shy away from playing defense.

A lefty, Rubino is primarily a three-point shooter off the catch.  She will drive to the rim if the defense over-plays her perimeter stroke.  Her efforts helped her team reach the Platinum Bracket quarterfinals (finishing first in its pool). 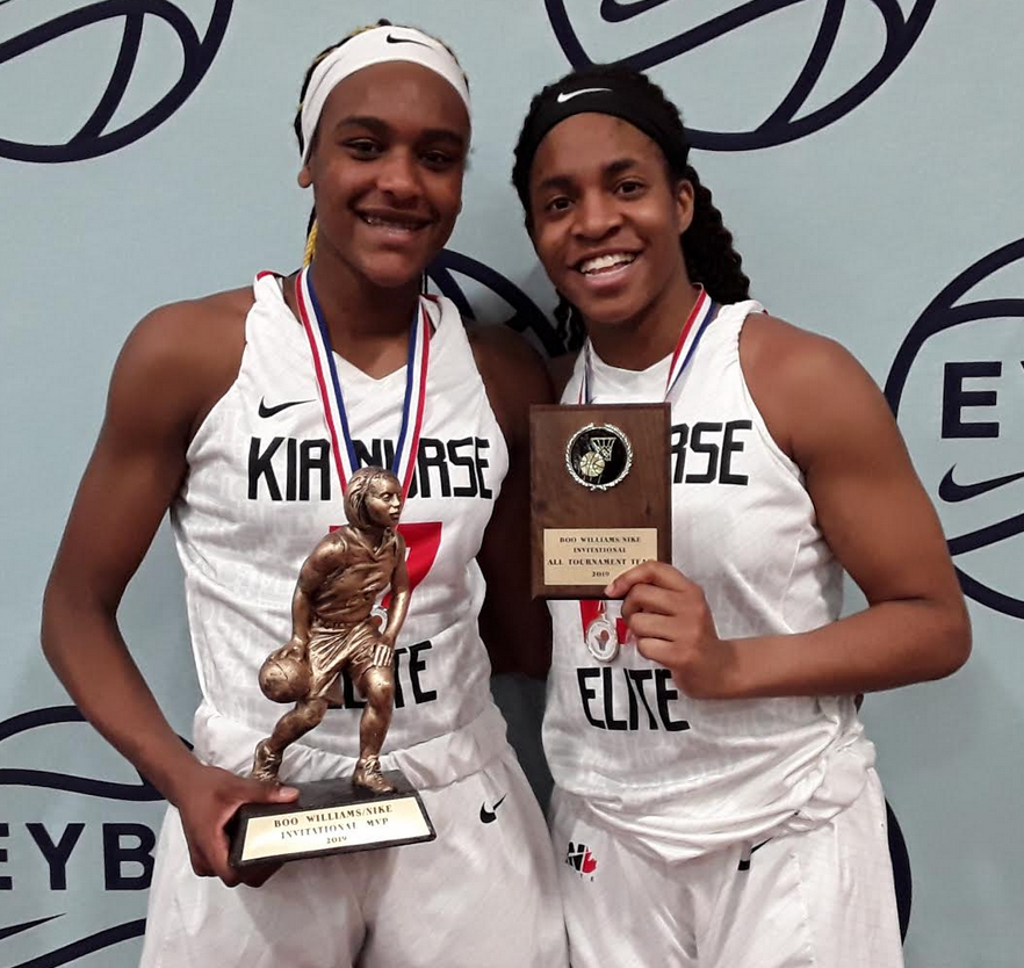 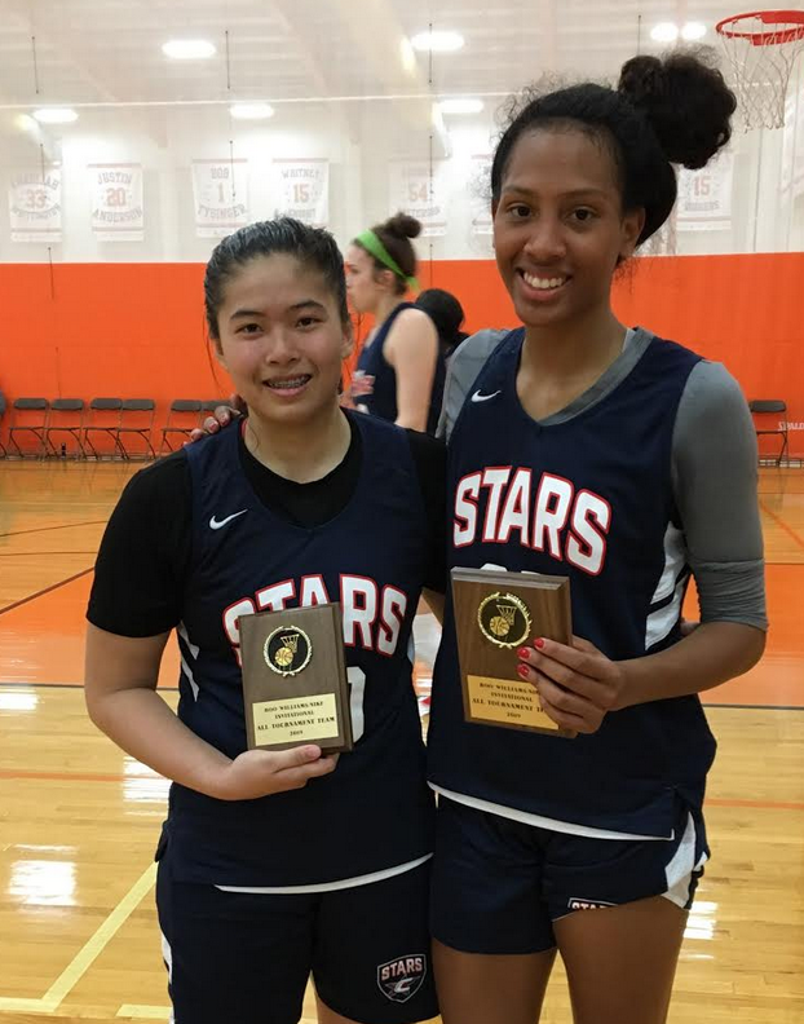 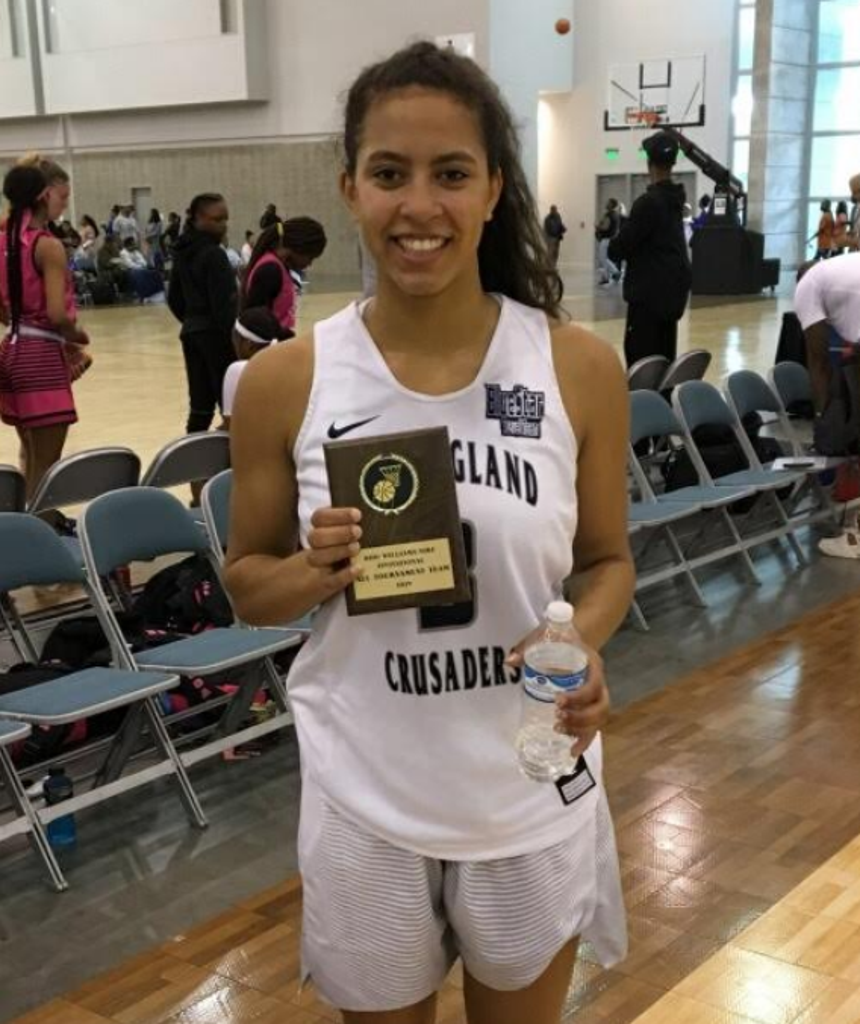 Salary is a good athlete who jumps well and can drive to the rim.  Her efforts helped her team reach the Platinum Bracket semifinals before losing.

Having a Power 5 upside, Stewart is very skilled in the lower paint but also has a nice face-up stroke.  She helped her team win its pool and reach the Platinum Bracket quarterfinals losing to the Kia Nurse Elite.  In fact, this North Tartan team may have been the second-best team in the quarterfinals but happened to get paired with the eventual winners in this round. 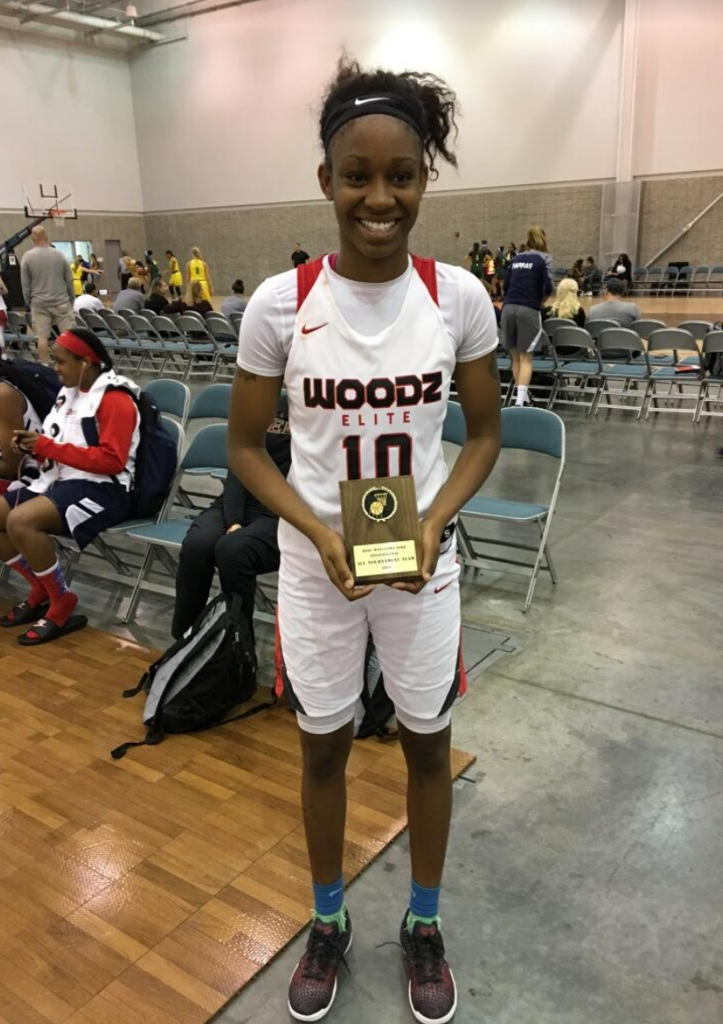