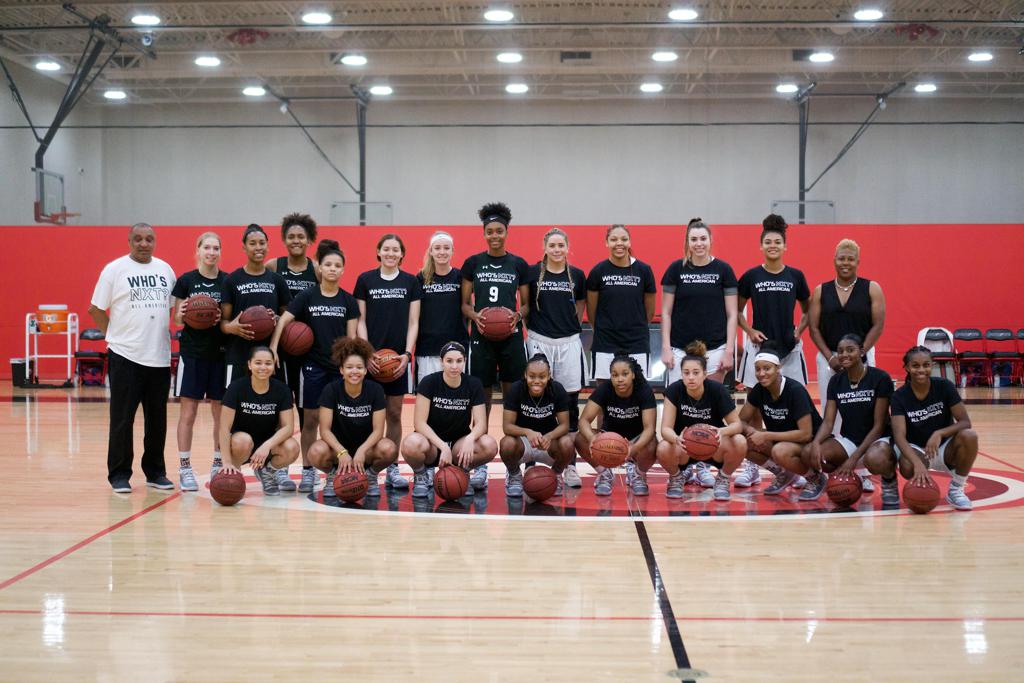 20 of the top senior prospects from across the country came out to Tampa, FL to compete and have fun during the Women's Final Four. We had a very special and entertaining group that meshed well. It was great to see them playing as a team, make spectacular plays, and cheer for one another. Many thanks to everyone that supported and believed, the parents, players, Delaney Rudd, E.C. Hill, and all the media: Bay Area Hoops, NYG Hoops, Carolina Hoops, Prentice Beverly, and Gems in the Gym.

1st half the National team came out scoring and applied the defensive pressure. It was hard for anyone to get by Madison Greene, Ramani Parker could go inside and out, Sarah Dumitrescu hit several back to back shots, Azana Baines got to the basket and showed off some flashy moves along with some no look passes, Camille Hobby with a nice mid-range jumper and grabbing rebounds, and Corina Carter was getting to the basket as usual.

At the half the National team dominated 41-25, you almost thought the game was over then, but don't sleep on the American team, they were just getting warmed up.

In the 2nd half K.K. Deans started to be more aggressive and knock down shots, McKinzie Green started to attack the basket, Lavender Briggs hit a must needed three, Ali Bamberger took care of things in the paint, Jaida Patrick heated up, knocked down shots, and got to the line. Sydnei Caldwell was able to get her hands on every loose ball on the defensive end. It was a great team effort and a come back win for the American team. 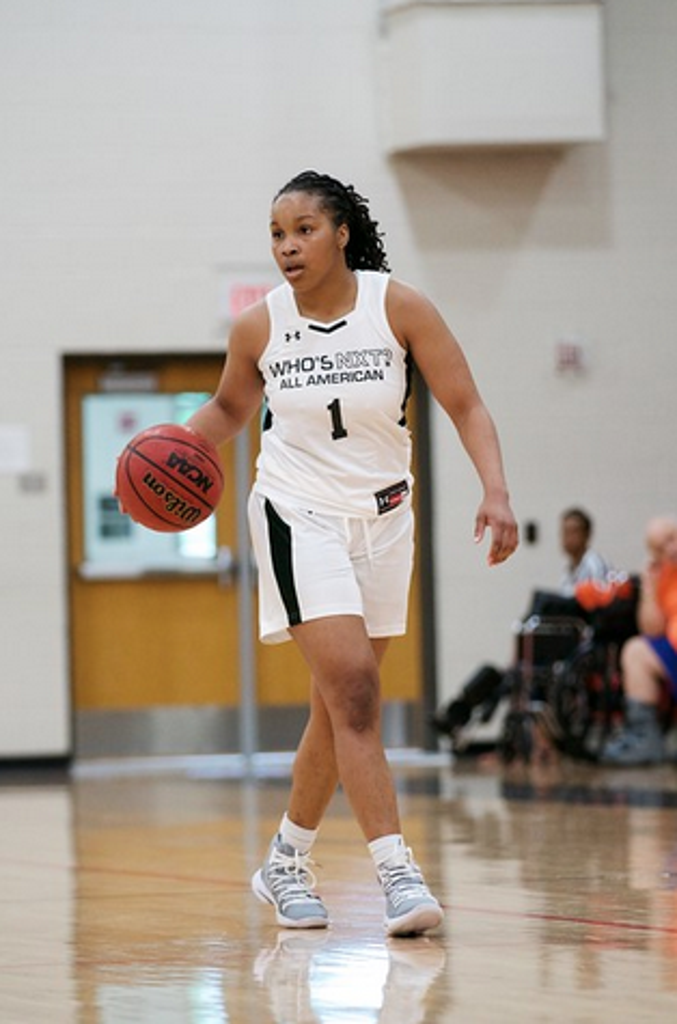 Many thanks to our sponsors for making this possible, please support them as they support girls basketball:

GBA Events - Get out to their events they put on great tournaments.